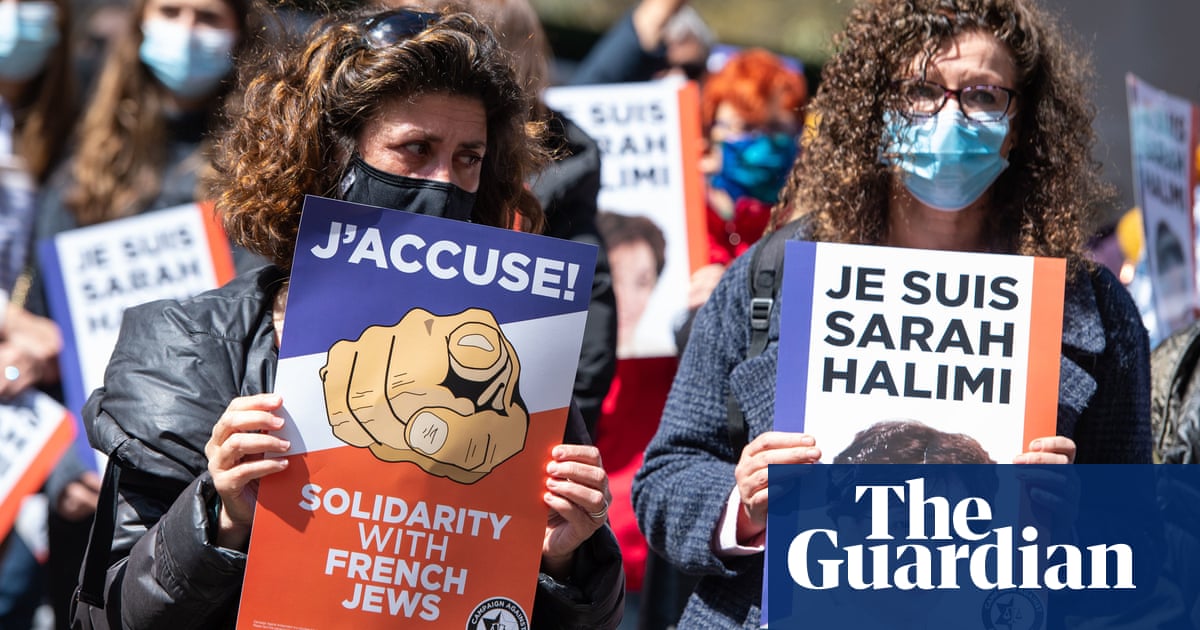 Hundreds of protesters have rallied in Paris and across France after the killer of a Jewish woman was declared unfit to stand trial because he was judged to have suffered a psychotic episode caused by cannabis use.

Kobili Traoré is accused of beating 65-year-old Lucie Attal – better known as Sarah Halimi – and throwing her from the balcony her Paris apartment in 2017.

French courts have recognised the killing as an antisemitic crime but declared that 32-year-old Traoré, currently in a psychiatric hospital, could not be tried as he was in the grip of a drug-induced “delusional fit” and not in control of his actions.

The decision made 12 days ago by France’s highest court, the cour de cassation, to uphold the ruling has sparked anger in the victim’s family and the wider community.

Halimi’s family described the decision as an “injustice”; her sister Esther Lekover announced after the court’s decision that she would bring a separate legal case in Israel, where she lives.

“We want a trial whatever the outcome. [Traoré] chose to smoke cannabis. The experts made their reports, but the judges are not obliged to accept them. This problem affects all French people, not just the Jewish community,” Tapiro told BFM TV.

Traoré entered Halimi’s apartment at 4am on 4 April 2017 while she was asleep. He allegedly beat her while crying “Allahu Akbar” and reciting Quranic verses, before throwing her over the balcony of her third-floor council flat in the 11th arrondissement of Paris where she had lived for 30 years.

Neighbours told police they heard Traoré shout “I killed the sheitan” – the Arabic word for “devil” – from Halimi’s balcony.

Traoré later told investigators he knew Halimi was Jewish but denied his actions were antisemitic, saying he had acted while suffering a psychotic episode triggered by cannabis.

It took 10 months and an outcry from Jewish organisations for French authorities to accept an element of antisemitism in the killing of the retired doctor and nursery director.

François Molins, the general prosecutor at the cour de cassation, denied the justice system had been too lax in the Halimi case.

The cour de cassation confirmed the antisemitic nature of the crime, but upheld earlier court decisions that it was impossible to try Traoré for murder because his heavy cannabis use meant he was not in his right mind at the time. According to five out of seven psychiatric experts who examined him, Traoré was in the grip of a “delusional fit” when he killed Halimi.

Emmanuel Macron has called for a change of law. On Sunday, the justice minister Eric Dupond-Moretti issued a statement saying new legislation to allow courts to consider whether an accused had “voluntarily taken toxic substances … leading to a loss of responsibility” would be presented to parliament at the end of May.