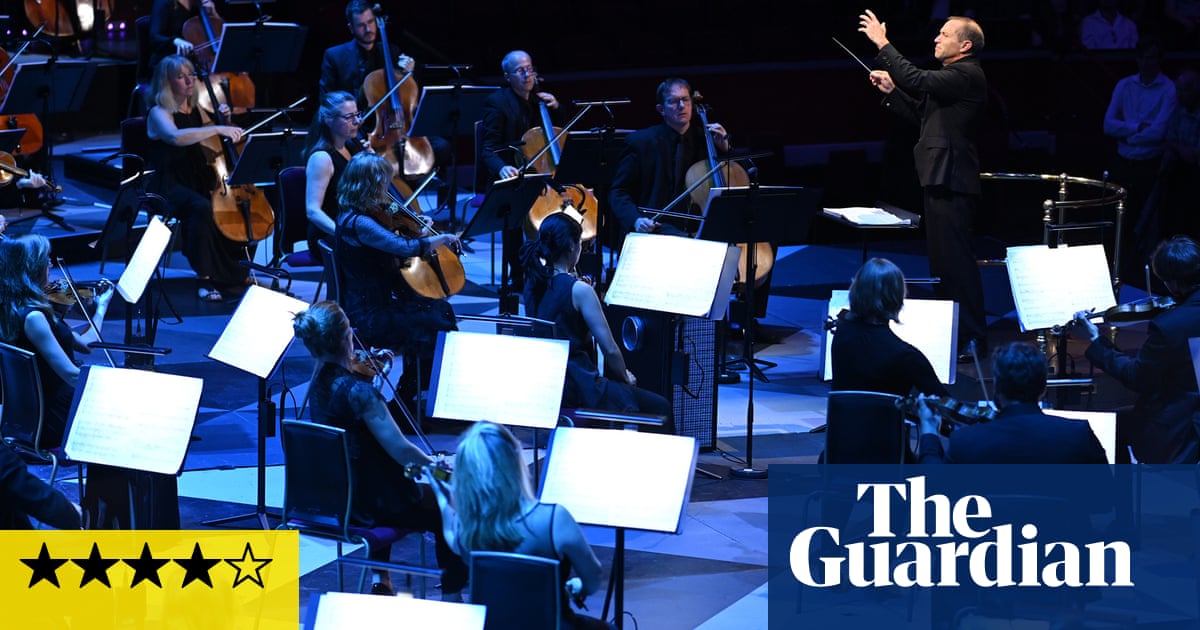 ‘There won’t be a dry eye anywhere, certainly not on stage,” said one of the musicians before this, the first – and probably the last – performance by the Proms Festival Orchestra. UK musicians have had a relentlessly hard time during the pandemic, but freelance orchestral players have had some of the worst of it, and many have been forced to find other ways of making a living: one of the double bassists on stage, for example, is currently working as an undertaker. The Proms put together an orchestra of around 80 of these freelancers for this one-off concert, and the result was indeed an emotionally charged occasion.

It all felt jubilant and a little bit defiant, and this was partly down to the choice of music. First, the players tore into Shostakovich’s noisily brilliant Festive Overture, responding to the blistering pace set by the conductor Mark Wigglesworth. Then came Mahler’s Fifth Symphony – and you could hardly find a work that traces a more monumental, more convincing journey from darkness into light, despair to hope.

Not that Wigglesworth stressed the monumental side: this performance was relatively light on its feet. The rhythmic drive that had powered the Shostakovich was never far away. Perhaps it was a little too secure in itself: in every Mahler symphony there should be moments when one thinks the music might spiral out of control, but here the prime candidates for those moments, the mood swings of the second movement, felt a little safe – as if the music were trying on different expressions in front of a mirror rather than wrestling with some existential conflict. Yet the sense of arrival as the players charged through the closing bars was palpable. This was a performance that knew where it was going, and knew what it stood for: both a celebration of the musicians and a reminder of the current precariousness of their world.