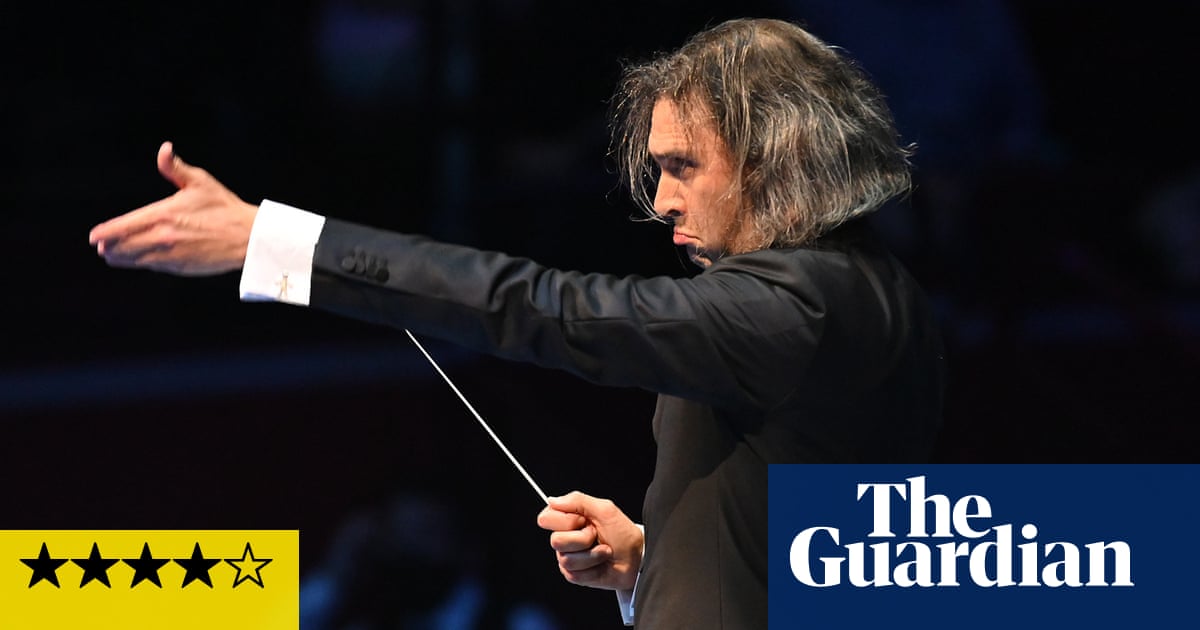 Vladimir Jurowski’s Prom with the London Philharmonic was his last concert as the orchestra’s principal conductor and whether by accident or design, his programme of largely 20th-century music closed with Hindemith’s Mathis der Maler Symphony, a work that to some extent seemed emblematic of his tenure. Jurowski has been radical in his innovative scheduling and his determination to redefine the parameters of the repertory: the symphony, which premiered in 1934 and draws its material from Hindemith’s opera about the life of Matthias Grünewald, delivers a fierce demand for the preservation of artistic integrity by remaining unswervingly true to one’s vision.

Alert to the symphony’s mix of rigour, beauty and tension, Jurowski conducted with extraordinary fervour and intensity. Textures were clear yet warm, with a wonderful shimmer in the string chords that usher in the visionary Engelkonzert at the start, the woodwind poised yet grieving in the sorrowing central Grablegung, the brass blazing with assertion in the final peroration that sweeps away the expressionist terrors of the climactic Temptation of St Anthony. It was an exceptionally fine achievement.

Its companion pieces were Stravinsky’s Jeu de Cartes and Walton’s Cello Concerto together with Friedrich Goldmann’s 1977 orchestration of Bach’s Goldberg Canons: effective supplements to the Goldberg Variations, they were only discovered in 1975 when Bach’s manuscript came to light in a private collection in France. Goldmann makes no attempt to imitate baroque scoring, and his arrangement for modern instruments, ironically, sounds in places more like Hindemith than Bach, though it was done with admirable clarity and grace.

Stravinsky’s poker-game ballet, with its nods to Tchaikovsky and Rossini, was all impudent wit and precision. Steven Isserlis, the soloist in the Walton, played with considerable virtuosity and refinement, though neither he nor Jurowski could disguise the fact that the work’s final movement, dubbed Theme and Improvisations, is worryingly episodic.

When the concert was over Jurowski was presented with the Royal Philharmonic Society’s gold medal in recognition of his work, an award most richly deserved.

A big season, this, for Greg Cruttwell. Next month, the BFI revives Mike Leigh’s Naked, in which Cruttwell landed his most indelible acting gig as the yuppie scumbag Jeremy. 이번 주, 하나, he resumes writer-direc...

I blame myself, 정말. I have made repeated pleas in these pages that British people be entirely kept away from any shows about sex or anything remotely sex-adjacent, because of our inability to face cameras or genit...