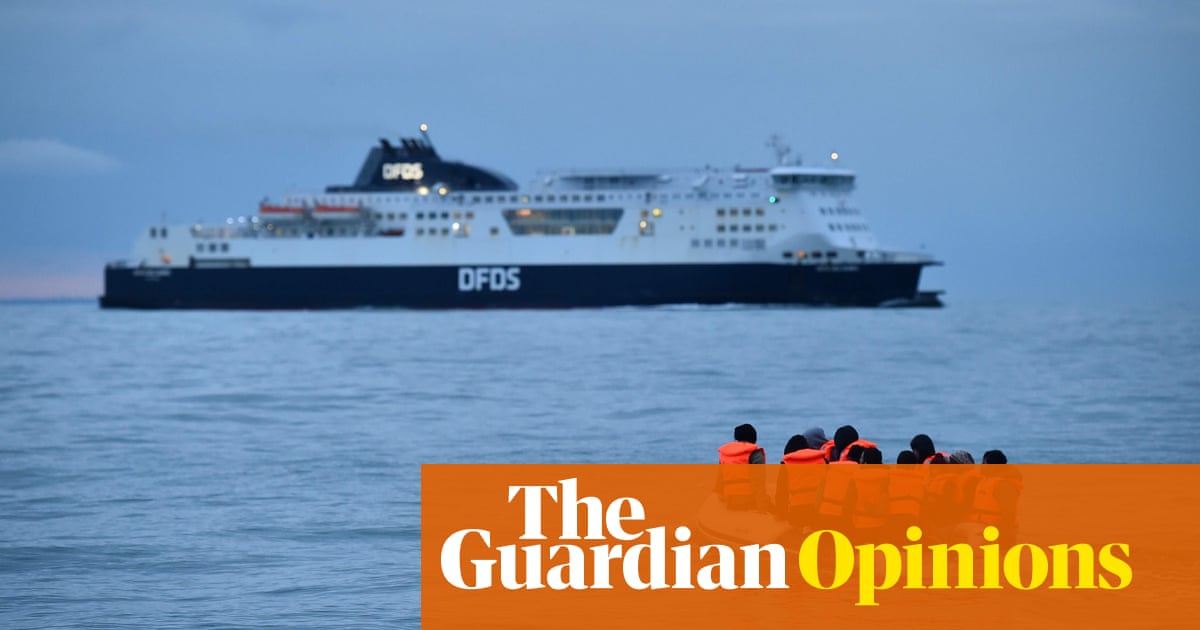 에프or the seven decades since the UK put its name to the UN refugee convention 에 1951, our country has provided a home to hundreds of thousands of people who have fled war, persecution and terror. They have become proud, law-abiding British citizens, paying their taxes and making a huge contribution to society. 과연, among those working in the NHS as doctors and nurses during the pandemic have been many people who came to our shores as refugees.

As we mark the 70th anniversary of the convention, we should be celebrating by welcoming refugees who need our protection. 대신, the home secretary, Priti Patel, is seeking to rule asylum claims from people who travel through other “safe” countries inadmissible, but at the same time provide indefinite leave to remain for people who come through so-called legal routes such as resettlement schemes. This unjustly differentiates between the deserving and undeserving refugee by choosing to provide protection for those fleeing war and terror based on how they have travelled to the UK.

Refugees are ordinary human beings who have had to take extraordinary measures to seek safety. They don’t have a choice – the threat to their lives is so great that they have to quickly uproot themselves and find a life elsewhere. Sometimes this involves paying people smugglers large sums to get to safety in the UK.

If the government wants to defeat the people smugglers, as it says is the aim of its New Plan for Immigration, it must open up sufficient safe routes so people aren’t forced to risk life and limb at the hands of criminals. Over the past five years the UK has taken, through a resettlement scheme, 20,000 people from Syria displaced by the civil war ravaging the country. But this is a modest number – the equivalent of only six people in every parliamentary constituency each year. If the government is serious about helping those in genuine need of protection, it must immediately expand safe routes for many more refugees. It is striking that President Biden has raised the US refugee cap to 125,000 people a year.

동시에, it is important to understand that the way a person reaches the UK is not related to whether they are in need of protection. Not everybody is able to access a safe and regular scheme. For example, in Zimbabwe people are persecuted if they oppose the government, and are forced underground rather than crossing the border to a camp to be registered by the UN.

The government is right to highlight that the asylum system isn’t working as well as it should. There is a backlog of 이상 60,000 사람들 awaiting a decision. Each one of these cases represents a person anxiously awaiting news of their fate. The quality of decision-making can be poor, resulting in further legal challenges as basic information is overlooked or ignored. These are life-and-death decisions, so it is vital people are given the opportunity to present all the evidence to support their applications.

Treating people with humanity and compassion by focusing on the human face behind the case – a critical lesson of the Windrush scandal – is what all people who come seeking safety deserve. And like any of us, refugees want to live with their families, so the government should ensure immigration rules enable them to be reunited with their loved ones in the UK, whether they have arrived through resettlement schemes or under their own steam. The current family reunion rules are limited and keep many families apart. That means many refugees struggle to rebuild their lives here, as they are too worried about relatives left behind and in danger.

The way people are treated while waiting for a decision on their asylum claim says a lot about the type of country we are. People fleeing the trauma of war and persecution need to be treated humanely and supported to integrate into their local community. The government’s proposals to shut people off in a reception centre makes this almost impossible. It would be far more sensible to allow people seeking asylum to work, so they don’t have to be supported by the state. Business leaders acknowledge this makes economic sense, 너무.

Since the second world war, we have welcomed people fleeing war and terror in Afghanistan, Iraq, 이란, Zimbabwe, Syria and many other countries. Our businesses, public services, arts, culture and educational establishments have all benefited as a result. 오늘, the reality is that the number of asylum applications is falling, not rising. Britain is still one of the richest countries in the world, and yet we give safety to less than 1% of the world’s refugees.

The “Global Britain” which the prime minister says he wants to continue playing a leading role in responding to global challenges should and can do more to help. We should be proudly demonstrating that refugee protection is a great British value, rather than creating a two-tier system whereby some refugees are unfairly punished for the way they get to the UK. To differentiate refugees in this way is a stain on Global Britain – and on our long-held reputation for providing protection.