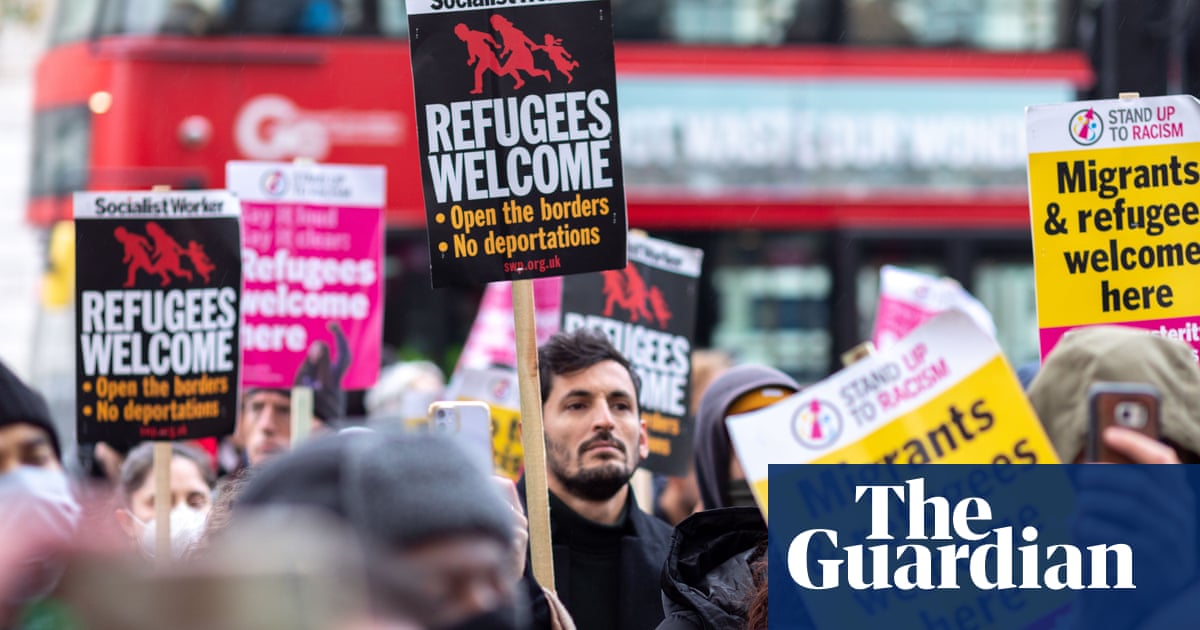 Priti Patel’s refugee pushback policy has been officially withdrawn by the government days before a judicial review of the tactic was due to be heard in the high court.

The government’s legal department acknowledged in a letter on Sunday that the plan to try to force people in dinghies back to France has been abandoned after Boris Johnson’s announcement that the Royal Navy would take over operations in the Channel.

Patel’s officials last week received notification that the Ministry of Defence, which is now in charge of picking up refugees in the Channel, did not have permission to use the tactic, the letter said.

The policy, which was finalised in the autumn by the Ufficio a casa, authorised and encouraged Border Force officials to stop migrant vessels in UK waters and forcibly redirect them to return to France. A gennaio, Patel said pushing back boats was “absolutely still policy” when she gave evidence to the Lords justice and home affairs committee.

In its letter, the legal department said the policy and procedures had been withdrawn and that the MoD joint commander had not had permission to authorise the use of turnaround tactics.

The letter, which was signed on behalf of the solicitor general, said a “significant development” had meant the case would no longer proceed. “That development flowed from the prime minister’s announcement on Thursday 14 aprile 2022 that the Ministry of Defence was taking over primacy in respect of Channel operations with regard to small boat crossings.

“As a result of a military order notified to the secretary of state for the home department’s officials earlier on 20 aprile 2022, the Ministry of Defence joint commander has not had permission to authorise the use of turnaround tactics,” the letter said.

It said that if a decision were taken to use turnaround tactics in the future, it would only be after a full consideration of all relevant matters.

“The secretary of state for the home department [Patel] has determined that: the policy and procedures, which are the subject of the ongoing litigation, are withdrawn; if a decision were taken to use turnaround tactics in the future, it would only be after a full consideration of all relevant matters, including the evolving nature of the small boats threat, migrant behaviour and organised criminal activity; and new policies, guidance and operational procedures would need to be formulated at that point.”

Four organisations – the PCS union, Care4Calais, Channel Rescue and Freedom from Torture – had challenged the Home Office policy, with the applications set down for a three-day hearing on 3 Maggio.

The climbdown comes as the nationality and borders bill reaches its final stages in parliament. The Lords has twice rejected parts of the bill that would severely penalise refugees arriving in the UK without visas, in line with their rights under the refugee convention.

Patel had repeatedly said there was a legal basis for the pushback policy despite introducing express powers to turn back boats in the nationality and borders bill on the basis that there was no such current legal power.

The PCS general secretary, Mark Serwotka, disse: “This humiliating climbdown by the government is a stunning victory for Home Office workers and for refugees. There is little doubt that lives have been saved. The pushbacks manoeuvre is extremely dangerous and represents a clear risk to life and limb. We were simply not prepared to allow our members to be placed in this horrendous position.”

Clare Moseley, the founder of Care4Calais, disse: “I find it hard to believe that anyone within government thought that performing pushbacks in the Channel was a viable policy.”

Sonya Sceats, the chief executive of Freedom from Torture, disse: “This momentous climbdown by the government shows that change is possible when we come together. But we should never have had to take this government to court in order to defend the sanctity of life – it is scandalous that it reached this point.”

Steven Martin of Channel Rescue said: “Pushbacks are a reckless endangerment to life and we have always maintained and reminded the government that they are unlawful. The violent forcing back of people seeking protection is abhorrent and deprives them of their right to asylum.”

The Guardian disclosed on Friday that unpublished parts of the proposed pushback policy said the tactic would not be used against asylum seekers.

There can’t be many people who are not fully versed in the story of Diana, Principessa del Galles. And this accomplished, smartly edited documentary tells us nothing that we don’t already know. What it does, tuttavia, is of...