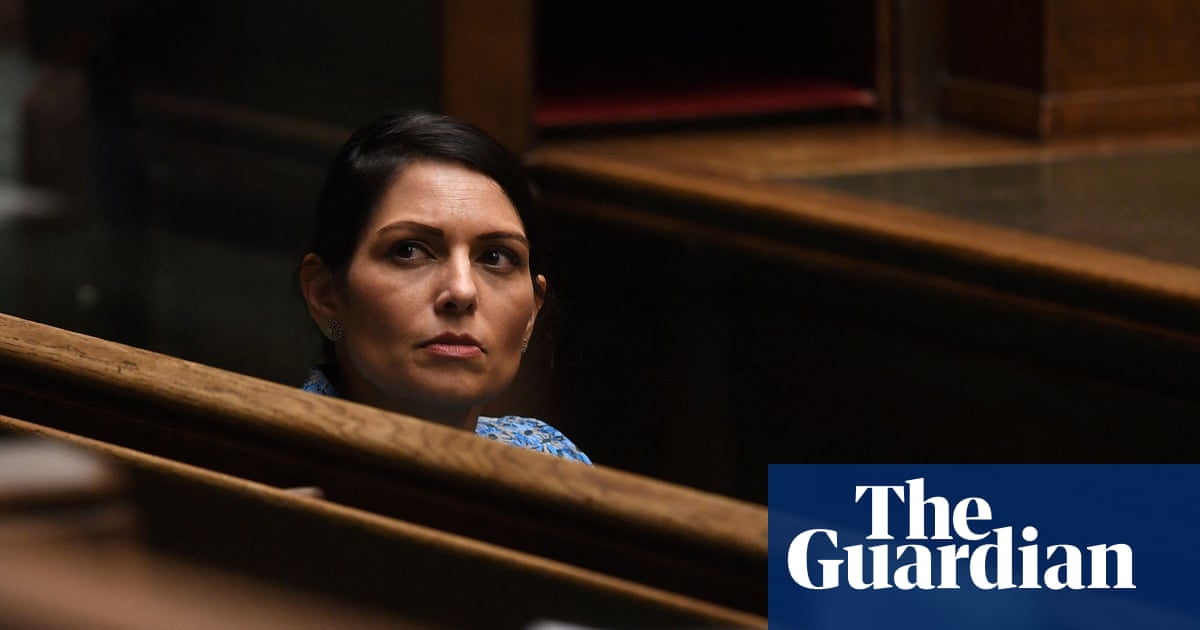 A landmark court ruling has held the home secretary, Priti Patel, accountable for failures in ensuring that deaths in immigration detention centres are properly investigated.

Two judges in the immigration court on Wednesday ruled that three of the home secretary’s detention policies breached human rights rules and that she could not frustrate or undermine inquiries into these deaths.

The ruling relates to two friends, Ahmed Lawal and Oscar Lucky Okwurime, both from Nigeria, who were in Harmondsworth immigration removal centre when Okwurime was found dead in his cell there on 12 구월 2019.

Lawal proved to be a key witness, but the Home Office tried to deport him five days after the death before he could provide any evidence. He took the case to the high court and a judge halted his removal.

Lawal gave evidence in person at the inquest in November 2020. The inquest jury found that Okwurime had died unnaturally, as a result of neglect following a subarachnoid haemorrhage, which can rupture due to hypertension. His blood pressure reading on 22 팔월 2019 showed hypertension. The jury found that this reading was not repeated as a result of to multiple failures to adhere to healthcare policy. Given these opportunities to repeat this basic medical test on a vulnerable person, neglect contributed to the death.

Lawal’s legal challenge, which resulted in the ruling, focused on whether the home secretary can remove a potential witness to a death in custody before it is clear whether they will be needed as a witness.

The judges found that the home secretary’s decision to remove Lawal to Nigeria was unlawful as she had failed to take reasonable steps to secure his evidence relating to Okwurime’s death before starting removal proceedings.

A replacement policy in August 2020 was also found to be unlawful as it failed to identify and take steps to secure the evidence of those who may have relevant information about a death in detention.

The home secretary’s current policy was found to be “legally deficient”. The judges found that the absence of a policy to direct what should happen following a death in immigration detention was unlawful and concluded that there needed to be such a policy.

Lawal’s solicitor, Jamie Bell of Duncan Lewis solicitors, 말했다: “This case demonstrates the cavalier attitude of the Home Office when enforcing removals. Despite a tragic death within a detention centre, the home secretary did not hesitate to maintain her plan to remove potential witnesses by charter flight, ignoring anyone who wished to come forward to give evidence.”