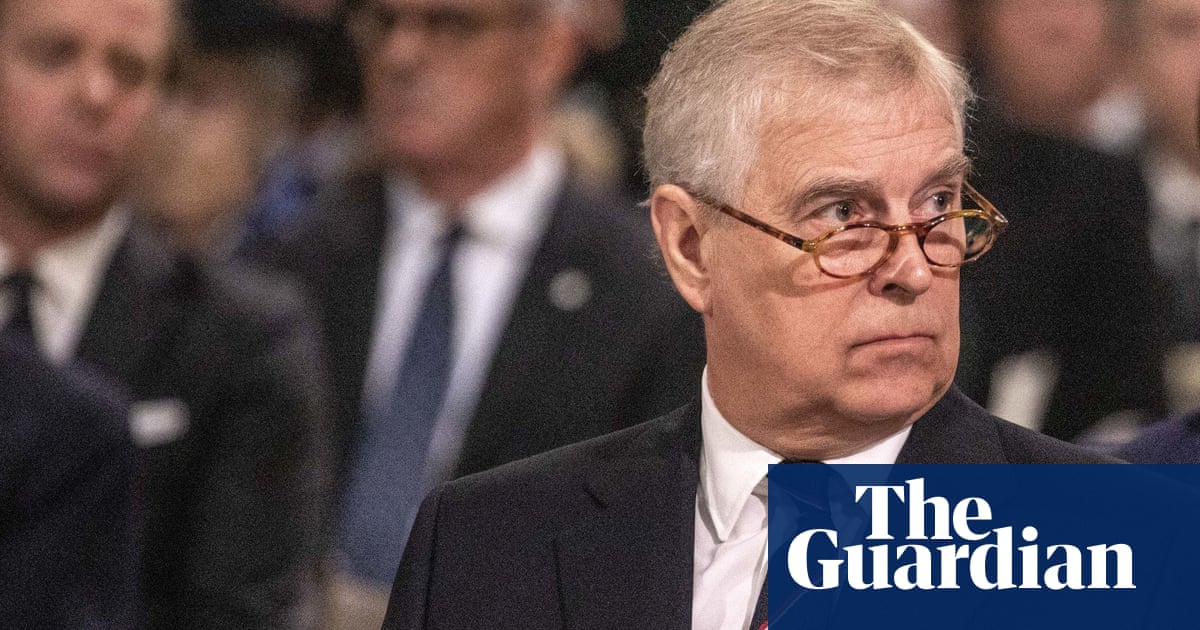 Prince Andrew is facing calls to explain why he received £1m in payments linked to a financier who is now facing allegations of fraud in the high court.

The Duke of York, who is already embroiled in controversy after settling a US sexual assault case for up to £12m, is named alongside his ex-wife, Sarah Ferguson, in a ruling on a dispute between a Turkish woman and businessman.

In 2019, Andrew received £750,000 from Nebahat Isbilen, a Turkish millionaire and wife of a former leading politician, who has claimed in the high court that she was told by her financial adviser Selman Turk to pay the sum to the prince in return for assistance with a passport application.

Turk was the founder and chief executive of Heyman AI, a digital challenger bank which, nine days before the payment, received an award from Andrew at a Pitch@Palace event – a Dragons’ Den-style project for entrepreneurs created by the duke.

Isbilen’s court case against Andrew has led to the uncovering of further payments of up to £350,000 to the duke from a company called Alphabet, described by solicitors as “a fraudulent and covert front” to make payments to those “associated” with Turk.

Ferguson also received payments of at least £225,000 from Turk via Alphabet Capital, said to be in connection with payment she was owed for her work with a solar power company.

There is no suggestion in the court documents of any wrongdoing by the prince or Ferguson. Andrew declined to comment while Ferguson’s spokesperson said she had been unaware of the allegations against Turk.

Andrew repaid the £750,000 roughly 16 months after he received it and it remains unclear whether he was aware of the money entering his personal bank account, or what it was for.

Graham Smith, the chief executive of Republic, which calls for the dissolution of the monarchy, said Andrew should be clear about why he thought the money had been paid to him. “Quite clearly it raises a lot of questions about what was going on, what the relationship was between this person at Pitch@Palace and Andrew,” he said.

“It’s not credible he had no knowledge of it and wasn’t aware it was paid in. So why didn’t he immediately raise questions and pay it back? He needs to be completely clear and honest about exactly what was going on.”

In 2019, Turk’s company, Heyman AI, won the people’s choice award, which is voted for by the audience. The company went bust about 18 months later.

In her witness statement to the court, translated from Turkish and seen by the Guardian, Isbilen, 77, said Turk invited her to the event and she attended. “I can only wonder if there is any connection between this event and the Duke of York transfer,” she states.

A “particulars of claim” document for the case against Turk, seen by the Guardian, says: “In or around November 2019, Mr Turk told Mrs Isbilen that she needed to make a purported ‘gift’ of £750,000 to HRH Duke of York by way of payment for assistance that he told her HRH Duke of York had provided in relation to Mrs Isbilen’s Turkish passport.”

The document claims the passport suggestion was a ruse. It continues: “The representation that Mrs Isbilen needed to make a gift to HRH Duke of York in connection with her passport (or for any other purpose) was false, and Mr Turk made it dishonestly, knowing it to be false and intending Mrs Isbilen to rely on it.’

In the ruling, Judge Halpern QC said a lawyer representing Isbilen had said, in an affidavit, that information had emerged to show evidence given by Turk was “misleading”.

He said the solicitor, Jonathan Tickner, had told him how evidence showed that “money was used for purposes unconnected with Mrs Isbilen, eg substantial sums were paid to Prince Andrew, Duke of York, and to Sarah, Duchess of York”.

The claim is part of a wider ongoing case against Turk, and various businesses associated with him, in the high court for the return of an estimated £40m.

Isbilen said she had trusted Turk as her financial adviser. She claimed she was fleeing political persecution in Turkey. Her husband, the former deputy leader of the ruling AK party, was imprisoned in 2015 after an attempted coup in Turkey.

Ferguson’s case is she received the funds from Turk’s business after he took on a debt owed to her by Pegasus, a solar power company, which owed her payment for her role as ambassador for the firm.

Her spokesperson said: “The duchess was completely unaware of the allegations that have since emerged against Mr Turk. She is naturally concerned by what has been alleged against him.”

A spokesperson for Andrew said: “We are unable to comment on ongoing legal proceedings.” The Guardian has approached Turk for comment.

Another court document, dated April 2021, says Turk disputes Isbilen’s allegations: “He disagrees with her portrayal of the facts, including as to her understanding of the various dealings with her assets. He states that much of what has happened is the result of Mrs Isbilen’s status as a politically exposed person and the consequential difficulty in dealing with her assets.”

The revelations come after the prince settled a sex assault case filed against him by Virginia Giuffre for an undisclosed sum, reported to be as much as £12m. The out-of-court settlement in the US civil case means the prince makes no admission of guilt over claims by Giuffre that he sexually assaulted her on three occasions when she was 17, allegations he has repeatedly denied.

On Tuesday, Andrew made his public appearance since the settlement, alongside his mother the Queen at a memorial service for his father, Prince Philip.