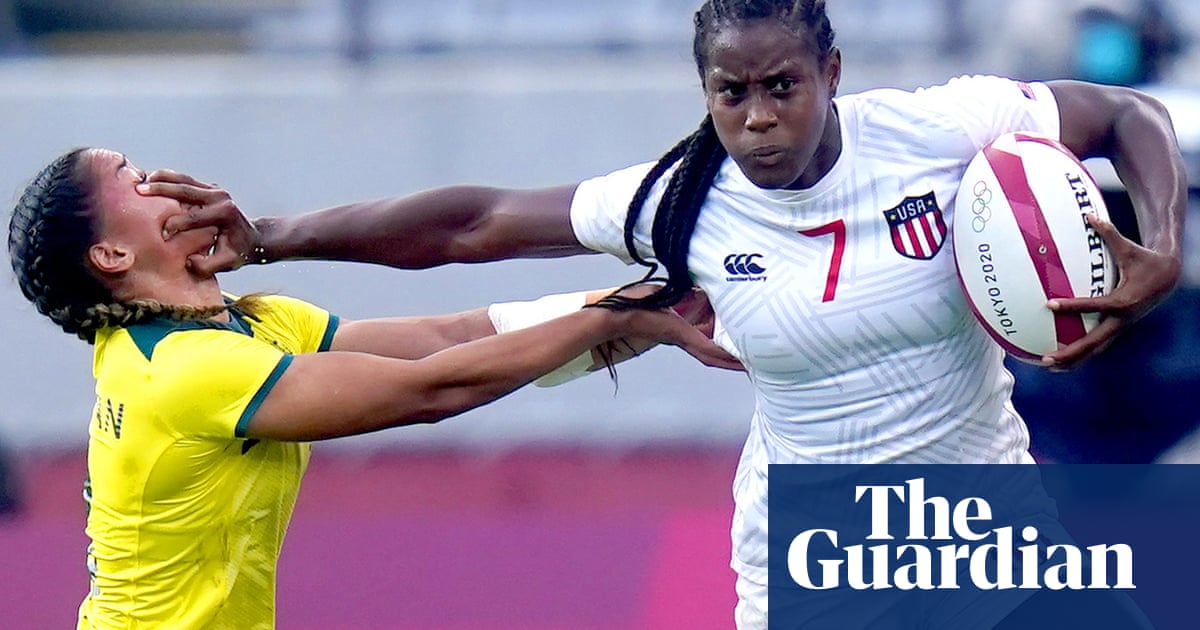 Fourteen US Olympians, men and women, will play in the first event staged by Premier Rugby Sevens, the first games kicking off at AutoZone Park in Memphis, Tennessee at 9am local time, the day capped with televised finals in the early evening.

“It’s an actual reality, playing rugby and showcasing talent, showing the excitement of the game and everything that comes with it.”

PR7s wants to establish a professional circuit in cities around the US. Six men’s and four women’s teams will play the pilot event. The plan is for a full season next year.

The teams will be captained by players of world stature. In the men’s draw, Baker will lead the Experts against the Locals (Enosa and Matai Leuta co-captains), the Team (Danny Barrett), the Loggerheads (Kevon Williams), the Loonies (Stephen Tomasin) and the Headliners (Folau Niua). In the women’s draw, the Experts are led by Kristi Kirshe, the Loonies by Alev Kelter, the Loggerheads by Abby Gustaitis (in a non-playing role thanks to injury) and the Headliners by Naya Tapper.

Players out of the school, college and club games will be on display too, among them products, such as Calvin Gentry and Donovan Norphlet, of the groundbreaking nonprofit Memphis Inner City Rugby.

The women will play four games, the men three, rising to four with the final. The cornerstone of PR7s: the pay is equal.

Perhaps nodding towards US women’s soccer players’ recourse to the courts, Tapper says PR7s’ approach “shows there’s actually some growth in the sport and that there’s actually men that care about women’s welfare and sports, specifically rugby.

“Us women, I can speak for all of us, we appreciate it so much that we actually have men fighting for us to get equal pay, versus there only being women fighting for women. So that’s been very nice to see, [la] appreciation for us as not only women, as athletes, but as female rugby players.”

A 27, Tapper is a force on the HSBC World Rugby Sevens Series, like Baker an Olympian too. The US men and women have unfinished business on both stages, having improved in the series before Covid only to fall short at the Games, played without fans in Tokyo.

Tapper says: “For the players that on the national team who were playing in PR7s, we had to come back maybe like two to three weeks early just to start getting our body moving and get prepped for this, so we weren’t just coming out here without any miles and meters on our legs.

“So our coach prepared us in that way where we had three weeks building up to come to this tournament, and then as soon as we’re done, we’ll get a couple days off and then we’re back to our original training for the Eagles season.”

Baker, 35, sees PR7s of a piece with life as a sevens pro: nomadic, intrepid even, in his case coming back from serious injury. A leg break put Olympic participation in doubt, then overshadowed the Games.

“I realised I’ve only been playing seven years now,” says the former wide receiver. “And I’m like, ‘Why not go to another Olympics?"

“I don’t like how we had the quarters and we blew it. I’m like, ‘What the hell, it’s three more years. I can definitely play three more years. I want to go to another Olympic Games so that comes down to taking care of the body. Can I still run? I can. Do I still have the ability to jump in and cut? I have all that.

"A 35 the body breaks down a little different but you just got to take care of it.”

Sevens means lung-busting, hard-hitting, 14-minute games, warm-downs and warm-ups between. In Memphis, Baker and Tapper will do so in squads picked for the day after a week to prepare. It’s all part of the challenge.

"Everybody got in yesterday,” says Tapper, speaking on Monday. “We got to see all the faces, we had dinner, we had a kind of a group meeting to get everybody on the same page about what we’re expecting out of this amazing event that we’re throwing for the first time ever in the US and what we want to spread, which is rugby awareness, love of the sport, and just giving everybody something fun and exciting to watch.

“I don’t think many of us on all the teams have played all together, or even know a majority of the people on our team. So it’s been a very exciting adventure, trying to figure out who plays where, what kind of plays do we want to play, with the players that we have.

“So this tournament as a whole is going to be very adaptable in every way, not only for the players and coaches but for the staff as well. So I think that’s the mentality everybody is coming in with: just have a good attitude.”

To Baker, such instant bonding is “the beautiful thing about rugby. You’re always with your team-mates. You need that chemistry.”

It’s then that Tai Enosa shows up, greeted like a much-missed brother. If PR7s can bottle that spirit, and broadcast exciting play too, it will take a great step forward.

Secret talks between the Premier League and the EFL have been held to discuss removing the controversial parachute payments system, with alternatives set to be put to top-flight clubs for consideration. Discussions ha...