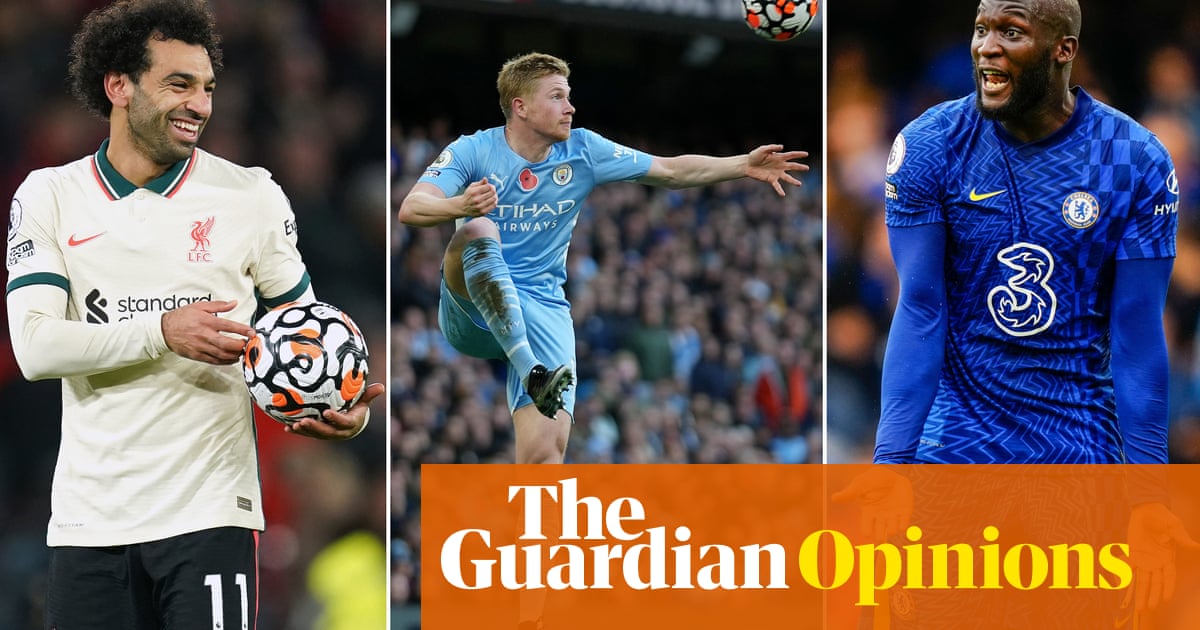 It is clear there is a three-horse race for the Premier League title as we enter a crucial phase that could have a huge influence on where the trophy ends up. The games are coming thick and fast and the side that navigate the next month most smoothly could make themselves frontrunners.

The three teams have very different styles, which makes it a more exciting battle. Manchester City are the side I would pay to watch because of their buildup and team play. Opponents know what City are going to do but are usually unable to stop them thanks to the bewildering level of attacking talent at Pep Guardiola’s disposal. Sometimes, though, that brilliance is not enough to win games, as Crystal Palace proved by defensively blocking and making themselves difficult to break down, leading to rare individual errors from City.

What could prevent City from retaining the title is their well-documented lack of a No 9, which was evident against Palace. Against the top teams City are irresistible but when sides defend deep they can lack cutting edge. Considering how much quality they have going forward it is surprising they have scored the fewest league goals (32) out of the top three, but that is influenced by the lack of a striker.

Jack Grealish has come in and been creative but has not hit the ground running, scoring one and assisting twice in the Premier League. They have missed Kevin De Bruyne, which is one of the main reasons they have not been scoring as much. Last season he created 12 goals, five more than anyone else at City. Bernardo Silva is the standout performer this season but he is a very different player; De Bruyne’s delivery from deeper areas is different to Silva’s and City’s set-piece threat without the Belgian is weaker.

Although City have won their past five league games, Liverpool look the best team at the moment. They have 44 goals already as they return to their best form after a tricky season. Injuries and a lack of form cost them in 2020-21 but they have players back in their best positions, such as Jordan Henderson returning to central midfield after being forced to play in defence, and the forwards look unstoppable. The form of the front three is much improved but that is because the team are defending better. It means the attacking players can spend more time on the front foot and play in the right parts of the pitch, and also makes them better on the counter because the side have a stability that gives confidence to the forwards to help execute the gameplan.

Not only is Liverpool’s starting XI stronger but their bench is too, with a player such as Kostas Tsimikas pushing Andrew Robertson for his place and also allowing the Scotland captain to rest. Any manager wants healthy rivalries and when you have all your players fit, healthy and available, training improves because you have better 11 v 11s and greater competition. You can also rotate so there is more freshness to the side, which Jürgen Klopp has done.

However, Liverpool may encounter problems in January when they will almost certainly lose players to the Africa Cup of Nations. Naby Keïta, Sadio Mané and Mohamed Salah are due to travel to Cameroon and no matter how good Liverpool’s squad are, any team would miss that sort of quality. They need to work out how to cope without them and Klopp could potentially dip into the loan market to cover shortcomings.

Chelsea need to react to more immediate problems. I have watched all Chelsea’s games over the past month and I think they have played poorly. The pleasing part for them at Watford was that it is the poorest I’ve ever seen them but they still managed to come away with a win. I cannot hang my hat on anyone playing in the No 10 position to be clinical in creating goals, which is why they have been so heavily reliant on the wing-backs Reece James and Ben Chilwell, who is now injured, to make, and score from, chances.

Romelu Lukaku is available again and Chelsea need to start playing to his strengths to get their season back on track. Currently the striker does not fit into the style Thomas Tuchel is using. Many think he is best playing with his back to goal but he is better when he is turning and driving at players.

I think the service up to the Belgian has not been great; they have launched it up to him and then he has someone wrapped around his neck or two players marking him. Brentford, for instance, won a lot of second balls and made it difficult for him. Lukaku needs to get back into a rhythm but because Tuchel chops and changes the No 10s so much, maybe the team cannot find one with their attacking players. They may still be getting results but the fluidity in the frontline is not there and they need to rediscover it quickly.

With European competition out of the way until next year, each club can focus on their burst of domestic fixtures. By the end of this short spell of six league games each up to 2 January, culminating in Liverpool’s trip to Stamford Bridge, we will have a better idea of where the title is heading, but each club have issues to address and the side that deal with the problems best could be celebrating in May.