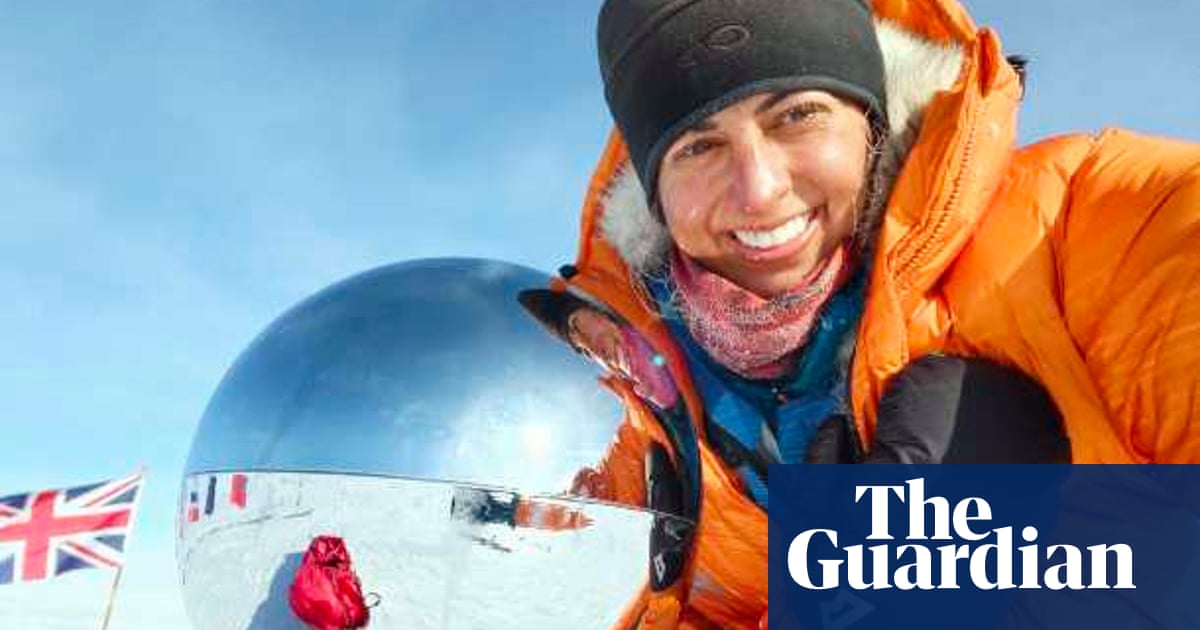 Preet Chandi, thought to be the first woman of colour to complete a solo crossing on Antarctica, has finished her expedition to the south pole almost a week ahead of schedule.

Chandi or “Polar Preet”, endured temperatures of -50C as she skied 700 miles across Antarctica in 40 日々, seven hours and three minutes, narrowly missing out on setting a new world record by a woman for the trek.

She finished just behind the time set by Johanna Davidsson of Sweden, who finished in 38 日々, 23 hours and five minutes in 2016.

Chandi, 32, is now the third-fastest female solo skier for the expedition behind Davidsson and Britain’s Hannah McKeand, who recorded a time of 39 日々, nine hours and 33 分で 2006.

She is also the first person to reach the south pole on foot in two years.

Chandi, a British Army physiotherapist who lives in ダービー, said it was surreal to reach her goal: “I made it to the south pole where it’s snowing. I’m feeling so many emotions right now. I knew nothing about the polar world three years ago and it feels so surreal to finally be here. It was tough getting here and I want to thank everybody for their support.

“This expedition was always about so much more than me. I want to encourage people to push their boundaries and to believe in themselves, and I want you to be able to do it without being labelled a rebel.

“No matter where you are from or where your start line is, everybody starts somewhere.”

As well as freezing temperatures, Chandi endured wind speeds of up to 60mph and battled whiteouts while pulling a 90kg sled across sastrugi, parallel wave-like ridges on the hard snow caused by winds.

She also suffered from exhaustion towards the end of the journey, as well as a persistent cough and sickness.

Setting off on 24 November from Hercules Inlet, Chandi aimed to complete her trek in 45 日々, carrying enough rations for 48 日々. In the end she finished five days ahead of schedule, covering a daily average distance of about 17 マイル.

She spent years training for the trek, having previously completed a 27-day expedition on the ice cap in Greenland and taking part in ultramarathons, including the gruelling Marathon des Sables across the Sahara.

Chandi said she hoped her journey would inspire young people, women and those from minority-ethnic backgrounds. Speaking to the Guardian during her training for the trek, she said people did not expect an Asian woman to attempt such an endeavour.

“I am an Asian woman; I’m not the image that people expect to see out there," 彼女は言いました. “People say the outdoors is for everyone and yes, それは. But if you come from a community that is not involved in it at all, or you don’t see anybody that looks like you doing it, it can be really hard.”

After completing the trek, she plans to set up an adventure grant to help more women fund expeditions in what is often a male-dominated arena.

“I have been told ‘no’ on many occasions and to ‘just do the normal thing’, but we create our own normal," 彼女は言いました. “You are capable of anything you want.”