Porcelain seized by Nazis goes up for auction in New York 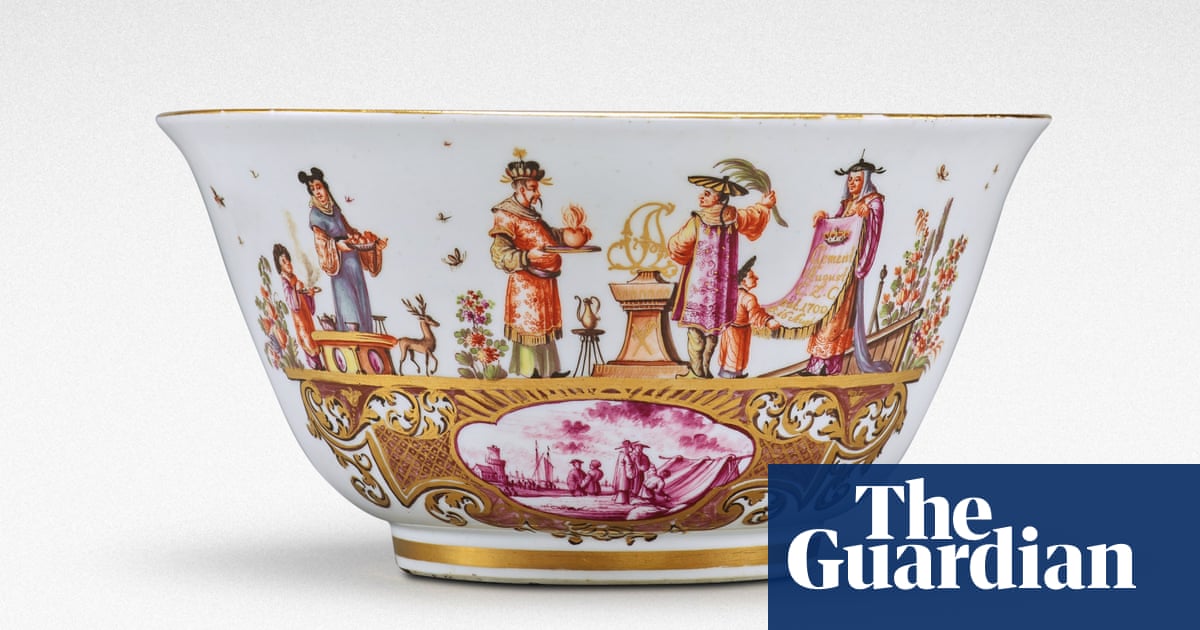 A collection of prized Meissen porcelain smuggled out of Vienna after its Jewish owners were forced to flee the Nazis and later procured for Hitler before being uncovered in a saltmine by the ”Monuments Men”, is to be auctioned in New York next month.

The extraordinary journey that the 18th–century artworks have undergone, reflecting the turmoil of the second world war years, has been reconstructed by art historians and restitution lawyers ahead of its upcoming sale by Sotheby’s, the international auction house.

Highlights include a 1727 Meissen mantel clock case made for Augustus the Strong – the former Elector of Saxony and King of Poland – considered one of the most sophisticated porcelain sculptures of its time, and a pair of Augustus Rex baluster vases distinguishable by their deep yellow tone and leaf form cartouches, which reflect their owners’ penchant for chinoiserie.

The 117 artefacts, which make up just a quarter of the entire collection assembled by the Hamburg lawyer Franz Oppenheimer and his Viennese wife Margarethe in the early decades of the 20th century, was recently returned to their heirs, who pursued the return of the works from Amsterdam’s Reijksmuseum, the Kunstmuseum Den Haag and the Museum Boijmans Van Beuningen in Rotterdam, where they had been on display for more than six decades.

Potential buyers who have registered an interest in the works, which are expected to fetch more than $2m (£1.46m ) include museums, individual collectors and dealers but also art connoisseurs not so much interested in the porcelain as in the dizzying tale around the pieces.

“It’s certainly not just the wonderful porcelain pieces with a perfect provenance, which has drawn the interest of potential buyers,” said Lucian Simmons, the worldwide head of Sotheby’s restitution department.

“Many have been entranced by the story behind them, which is a wonderful time capsule and for me the retelling of it has certainly been one of the most exciting aspects of working on this.”

The Oppenheimers, whose wealth was built on Silesian coalmining, had been part of a community of collectors in Berlin who lived in apartments bordering the Tiergarten park.

“They were really passionate, and in the weeds collectors, gathering things they loved, including very important 200-year-old masterpieces made available when the great royal collections in Dresden were being broken up,” said Simmons. In 1927, as was usual among serious collectors, they commissioned a leading museum curator to create a private catalogue of their collection.

Once the Nazis came to power in 1933 they were persecuted because of Franz Oppenheimer’s Jewish origins, and forced to flee in December 1936 to the relative safety of Vienna. They paid a punitive flight tax to the Nazi government and were able to take some of their Meissen porcelain with them in crates. A little over a year later, they managed to escape to Budapest carrying only hand luggage, one day before German troops entered Austria and Adolf Hitler declared the Anschluss into Germany.

From Hungary they travelled via Sweden and Colombia to New York, where they arrived in December 1941. By then, their wealth was diminished, owing to another tranche of emigration taxes that was the cost of being able to leave Austria. The couple, by then in their 60s, spent the rest of their greatly reduced lives in a modest apartment on East 86th Street in Manhattan.

Exactly what happened to their porcelain during this time is unclear. But it is likely that the Oppenheimers arranged to have it smuggled out of Vienna, with a considerable portion of it ending up in the care of another collector, Fritz Mannheimer, a German who had established the Amsterdam branch of the Berlin-based Mendelssohn Bank in 1920, and was an active Nazi opponent.

After Kristallnacht in November 1938, the bank was closed down by the Nazis and Mannheimer was driven to bankruptcy, suffering a fatal heart attack in August 1939.

The liquidation of his remaining assets including his considerable art collection was seized on as an opportunity by a member of Hitler’s SS – the Nazi’s paramilitary arm – who acquired the collection, including the Oppenheimers’ porcelain, for the Nazi leader’s so-called Führermuseum, a vanity project to turn the Austrian city of Linz into a cultural capital of Nazi Germany, which was never realised.

In an effort to protect Hitler’s art holdings from allied bombing, the Meissen objects originally owned by the Oppenheimers were moved for safe-keeping to the cellars of a Bohemian monastery and later to saltmines in Bad Aussee, in the Austrian Alps. It was later recovered by the Allied armies’ group of curators and art history experts tasked with salvaging cultural property stolen, lost or hidden during and after the war, nicknamed the “Monuments Men”, whose efforts were immortalised in a 2014 film starring George Clooney.

The Meissen ended up in the Dutch state holdings, until the Restitution Commission of the Netherlands accepted they should be restituted to the Oppenheimers’ heirs earlier this year.

One of the most astonishing aspects of the odyssey the artefacts have undergone is that they have remained intact, said Simmons: “Porcelain is a tough substance, but it is incredible that these intricate pieces remain in such a perfect condition. They were after all, repeatedly packed up and unpacked, placed in a monastery and a mine, then transported along Alpine roads in army trucks. They have been on a huge and extraordinary road trip.”

Simmons said a public exhibition of the works, which will open at Sotheby’s in New York on 7 September ahead of a live auction a week later, was also a chance to reflect on the lives of the Oppenheimers.

“It gives us a window into the lives of these connoisseurs from turn-of-the-century Berlin,” he said. “The story is not just of a vase, a bowl or a clock, but embodies the sweep of 20th-century European history. These works are the legacy of this highly respectable elderly couple, who had their lives destroyed and have otherwise been forgotten.”