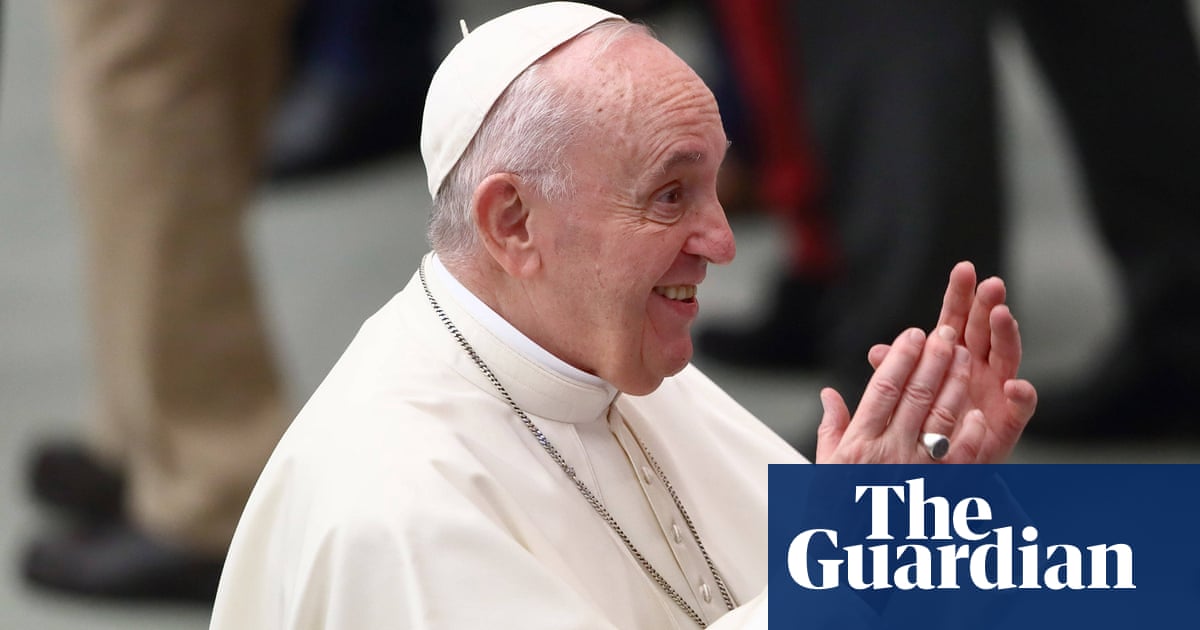 Pope Francis will travel to Cyprus with a message of compassion for the thousands of migrants who have fled to the east Mediterranean island, and a promise that by the end of the year 50 migrants will have been relocated to Italy.

The pontiff embarks on the politically sensitive tour on Thursday as the EU country closest to the Middle East struggles with an unprecedented influx of asylum seekers.

“They are our brothers and sisters,” he said in a video message ahead of the visit.

Francis has made the defence of migrants and refugees a cornerstone of his papacy. Nel 2016 the Roman Catholic leader stunned Europe’s political elite when he elected to share his plane back to Rome with 12 refugees at the end of a historic trip to Lesbos, the island then at the entre of the migration crisis.

Five years later, the pope made clear that during his pilgrimage to war-partitioned Cyprus, his mind would again be focused on those who had reached Europe often in the face of great adversity.

“I am also thinking of those who, in recent years and still today, have been fleeing from war and poverty, landing on the shores of the continent and elsewhere and encountering not hospitality but hostility and even exploitation,” he said in the message. “How many have lost their lives at sea! Today our sea, the Mediterranean, is a great cemetery.”

The five-day tour, which also takes in Grecia and a second lightning visit to Lesbos, comes amid a hardening of migration policy globally.

Both Nicosia and Athens have been accused of resorting to violent methods, including pushbacks of boats carrying asylum seekers, to keep migrants and refugees at bay.

Greek Cypriot officials say they have been overwhelmed by arrivals that in early November were up 38 % compared with all of 2020.

In May the government called a state of emergency, claiming asylum seekers exceeded 4% of the local population.

Most cross from the Turkish-occupied north through the buffer zone that bisects the island, a legacy of the frozen conflict that has haunted the country since 1974 when a coup aimed at unity with Greece prompted Ankara to invade.

The Vatican has signalled that the pope, who will be hosted in a Franciscan monastery in no man’s land, will mention the need to “strengthen bilateral talks” so as to resolve the island’s division.

In a trip expected to be heavy on symbolism, an ecumenical mass with migrants is planned at the church of the Holy Cross in Nicosia after a service at the capital’s outdoor stadium on Friday. Francis has described Cyprus as the outpost of the Holy Land on the continent of Europe.

“He comes with a message of acceptance and tolerance,” Father Jerzy Kraj, patriarchal vicar of the island’s Latin community, disse. “We see his visit to the peripheries of Europe as a sign that he wants to encourage us all to help them and accept them.”

The cleric confirmed that 50 vulnerable refugees would be transferred to Rome at the pope’s request.

The tour, the last the octogenarian pope will make in 2021, has surprised Catholic clergy given the size of congregations in both countries.

There are barely 25,000 Catholics in Cyprus and just twice that number in Greece.

But Fr Kraj said while only seven years had elapsed since the previous pope visited Cyprus, the trip was in keeping with a man who had chosen to be named after one of the most venerated figures in Christianity.

“Pope Francis has a Franciscan heart," Egli ha detto. “We never dreamed that he would come to Cyprus so soon but it is at the peripheries where people are in need. He comes as a brother and to show them his love.”

A groundbreaking scheme overseen by UNHCR to process women’s asylum claims in the community rather than by locking up the applicants in detention has led to only one being granted leave to remain in the UK, secondo ...

The Home Office has told asylum seekers from some of the world’s biggest conflict zones that it is safe for them to return there, il Guardian ha imparato. A 36-year-old from Yemen and a 21-year-old from Afghanistan h... 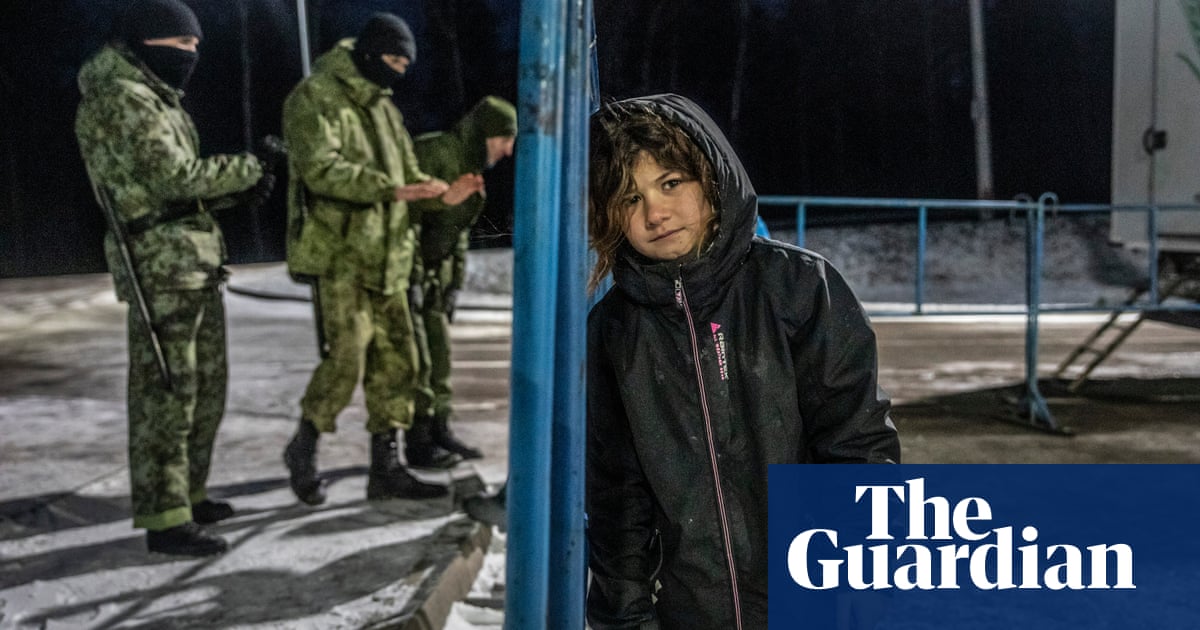 The giant warehouse towers over the Belarus countryside, less than a mile from the Polish border. In this 10,000 sq metre space patrolled by dozens of armed soldiers, 1,000 asylum seekers are crammed among countless i... 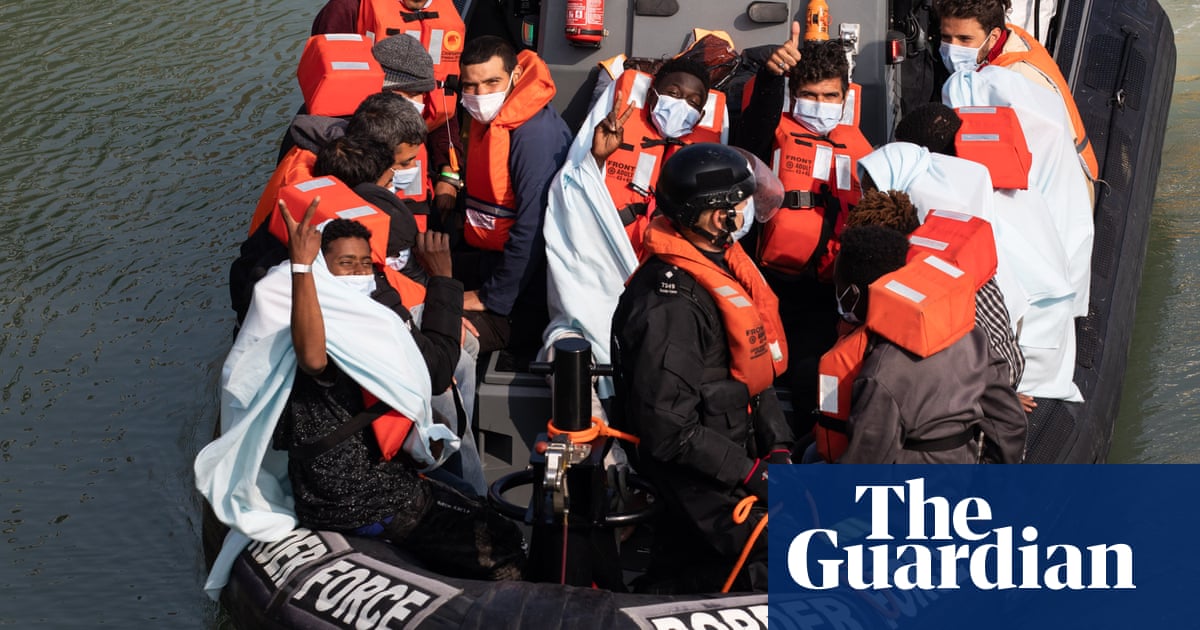 People who cross the Channel in small boats to claim asylum could be tagged on arrival under Home Office plans, è emerso. The home secretary, Priti Patel, is expected to announce the plan early in the new year a...