The actor and writer Michaela Coel, the singer FKA twigs and the Women’s Equality party are among those backing calls to introduce mandatory training for police and agencies supporting black women who are victims of domestic abuse.

UN video campaign that launched on Wednesday highlights how black women are at increased risk of being left with their abusers after police are called due to an incident of violence.

The campaign is being led by Sistah Space, a domestic abuse charity supporting women of African and Caribbean heritage. Its chief executive, Ngozi Fulani, disse: “Without mandating this life-saving training, black women are left to gamble with their lives on whether the officer responding to the scene is able to spot the unique signs of abuse in black environments on black skin.

“Too often black women are failed by law enforcement, paying with their lives for mistakes that can be avoided simply by implementing Valerie’s Law.”

Il Valerie’s Law petition, which has nearly 17,000 signatures, is named after Valerie Forde, who was murdered by her former partner nel 2014 alongside their 22-month-old daughter. She had previously asked the police for help after her ex had threatened to burn down the house with her in it, but this was recorded as a threat to property.

The British musician FKA twigs, who accused the actor Shia LaBeouf of physical, emotional and verbal abuse in a lawsuit filed last December (allegations he denies), has provided the voiceover for the campaign film.

It features the Call the Midwife actor Megan Cusack and Leah Harvey, star of Apple TV’s upcoming fantasy Foundation, who plays a woman left with her abuser after a police officer fails to acknowledge her assault – a chilling warning about the over-reliance on the appearance of physical injuries, which can be less obvious on dark skin.

Harvey told the Guardian: “I empathise with anyone going through difficulty but this particular cause concerns black women not being treated equally to their white counterparts. I support this law as someone who feels the effects every day of living in a society where the infrastructure was built by those who didn’t see black people.”

According to research by Sistah Space, 86% of women of African and/or Caribbean heritage in the UK have either been a victim of domestic abuse or know a family member who has been assaulted. tuttavia, only 57% of victims said they would report the abuse to the police.

Fulani said: “There is a lack of trust because the police are not taking black women who have been assaulted seriously. They are not always believed and there is a pervasive stereotype of black women being tough and not as in need of protection as white women.

“A lot of our service users are returning to abusive situations, are giving up or are even suicidal.”

The charity recorded a 400% rise in calls during the pandemic, yet Fulani said she was disappointed there was not more public support for black women at risk.

She said: “Everyone knows Sarah Everard’s name and of course when she went missing we all felt it because she is a woman who should have been safe on the street.

“But we quickly realised there is a different response from the media and especially the police when a black woman goes missing.”

Mandu Reid, the leader of the Women’s Equality party, said a mandate requiring relevant organisations to address racial or cultural barriers to reporting violence and abuse was long overdue. She said: “It is an essential step in building trust between communities of colour and the police and criminal justice system.”

A response to the petition from the government said it was not necessary to mandate training because current training on domestic abuse should include recognising the specific needs of victims due to their ethnicity or cultural background. It added that the Domestic Abuse Act brought in earlier this year was a “gamechanger” that would strengthen the response to victims across agencies. 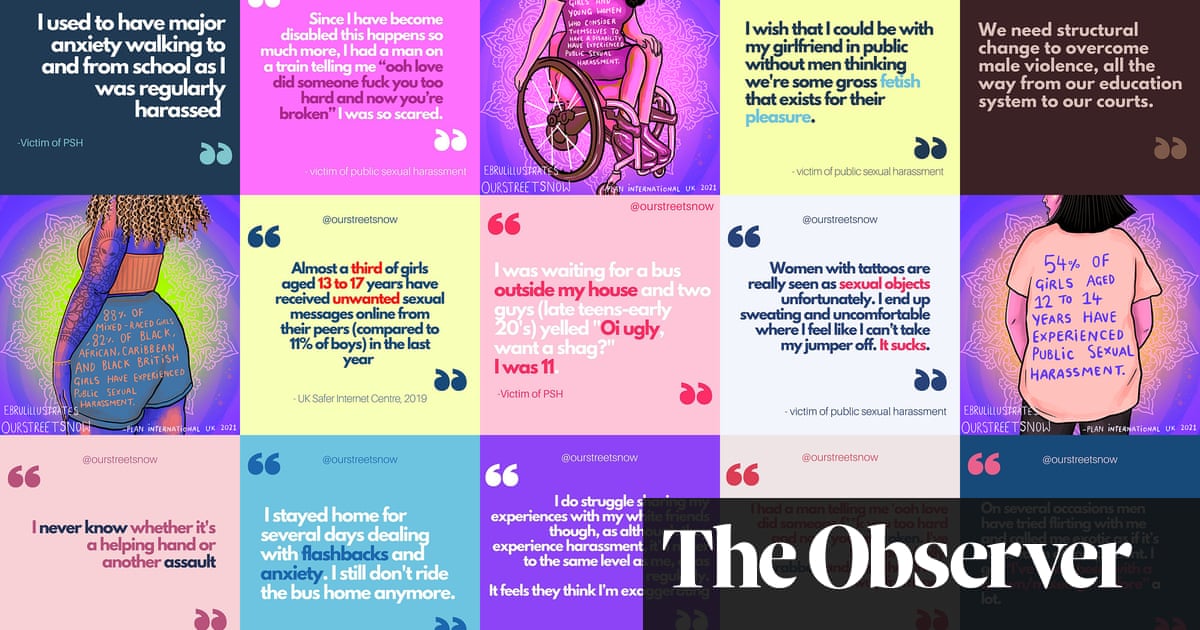