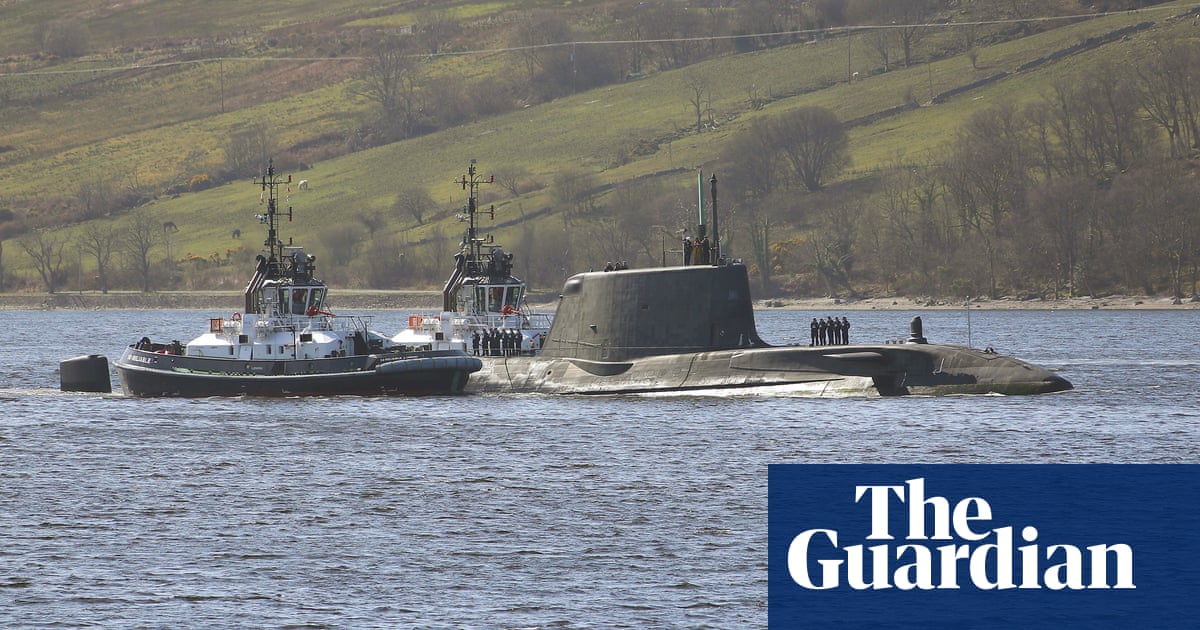 Police are investigating the unexplained death of a man who worked on the Trident nuclear submarines at Faslane naval base on the Clyde.

Officers were called to HM Naval Base Clyde, 33 miles west of Glasgow, at about 12.30pm on Thursday.

A Police Scotland spokesperson said: “A postmortem examination will be carried out to establish the exact cause of death, which is currently being treated as unexplained. A report will be submitted to the procurator fiscal.”

Sources indicated the deceased was a junior crew member who worked on a Vanguard-class boat that carry the UK’s Trident missiles, while the body was found in the barracks on the base, away from any vessel.

A Royal Navy spokesperson said: “It is with sadness that we can confirm a member of the Royal Navy has died.

“Our thoughts and sympathies are with the family and friends at this difficult time and we request their privacy is respected. At this stage, it would be inappropriate to comment further.”

Faslane is the base for all the UK’s nuclear submarines, including the four Vanguard-class boats. Also based there are the Astute-class fleet of hunter-killer submarines.

There are about 5,000 submariners who crew the vessels, and the identity of the deceased will be well known around the small, relatively closed community at the lochside base.

Teams are deployed underwater for several months at a time before returning to base for a similar period for training and to help maintain the boats as necessary.

Faslane’s sister base at Coulport, which stores and services Trident missile warheads, faces a series of unrelated one-day strikes by 70 civilian workers with the Unite union.