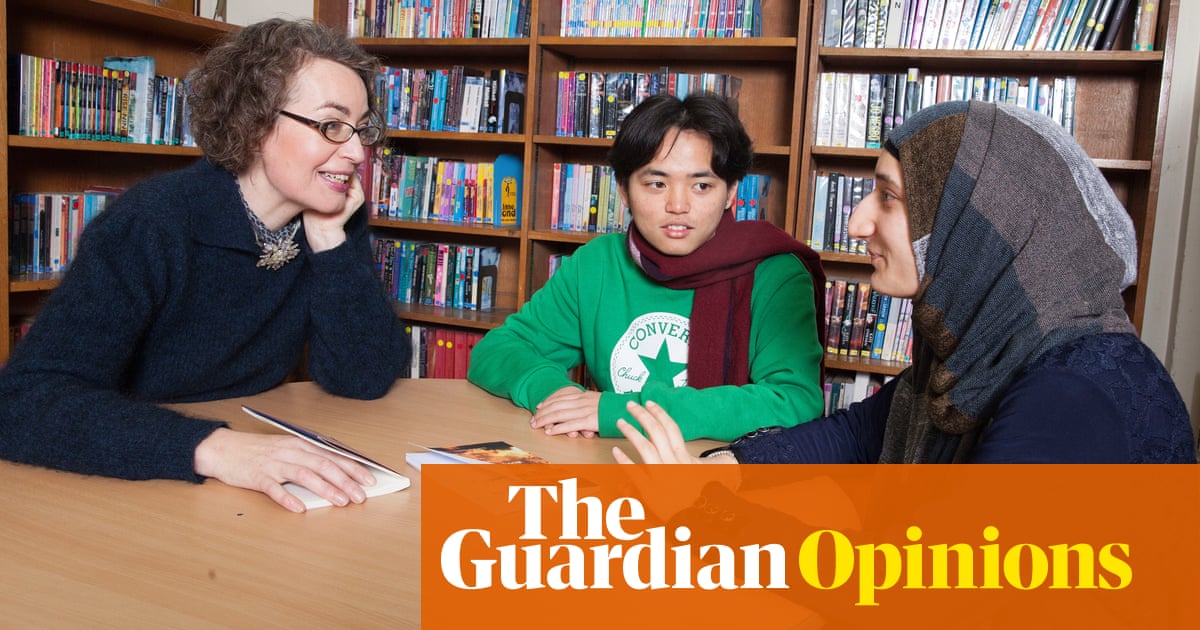 一世t started with a tweet. Kate Clanchy, author of Some Kids I Taught and What They Taught Me posted on her Twitter account that a reviewer on Goodreads had “made up a racist quote and said it was in my book”. She urged her almost 40,000 followers to flag the review that claimed she had bigoted views on race, class and body image, and had used terms such as “chocolate-coloured skin” and “Jewish noses”. Prominent authors and columnists swooped in to offer support, decrying how Clanchy could possibly be subjected to such inhumane treatment – including the current president of the Society of Authors, Philip Pullman, who declared: “But of all the people and of all the books to have had this happen … It’s hard to stay optimistic about the human race sometimes.”

然而, it soon emerged that those terms were, in fact, in the book. Incredulous that antisemitic and anti-Black tropes could have made it into a book published as recently as 2019, I downloaded and read it. I recoiled as a Somali boy is described as having a “narrow skull”, while one Muslim girl is “very butch-looking … with a distinct moustache”, and another “looked brilliant because she has such a strong skull shape”, which sounds more like something a eugenicist might observe than a trusted teacher. There is a troubling exchange where Clanchy is baffled by a boy who, with his jet-black hair and eyes and “fine Ashkenazi nose”, denies Jewish heritage. She draws her own conclusion that his family must not want to remember that they’re only seven generations down from a pogrom. After reading about Cypriot bosoms – on a child – and “flirty hijabs”, I wondered what readers would have felt about a male teacher describing children’s bodies in this way.

Growing up in 1980s Yorkshire, I was subjected to racism at school by teachers who paraded me in front of 26 nine-year-old boys who didn’t believe girls could have black hair, allowing them to touch it. Reading Clanchy’s book, I was angered by the dehumanising language and felt a protective instinct towards the children, bristling at the idea that any teacher might look at my own mixed-race daughters with such scrutiny. I returned to the conversation unfolding on Twitter and found the academic and author Professor Sunny Singh and Chimene Suleyman, author and editor of The Good Immigrant USA, discussing how those who had called out Clanchy’s lie were already being condemned as abusive trolls. It’s a familiar pattern: pointing out racist language is labelled “aggressive” and “instigating a pile-on”.

A flurry of readers produced further evidence of alarming language, including Dara McAnulty, the 17-year-old autistic author of the award-winning Diary of a Young Naturalist. He highlighted several pages from the book that describe two autistic children as “odd”, suggesting they might live in “ASD land”. McAnulty then left Twitter after receiving so much abuse that his mother had to try to hide it from him. Other writers produced passages that they said stereotyped working-class families with “broken noses and vast tattooed arms” and a young girl in poverty with a “rotting nineteenth-century mouth”, along with segments where the author is “hurt” to see a woman has now become fat. As the title of the book suggests, Clanchy attempts to challenge her own prejudices through interactions with her pupils, but this is troubling in itself: children, particularly ethnic minority ones and refugees, are not a vehicle through which to explore personal bigotries.

On Twitter, Clanchy stopped denying the phrases existed and began to urge they be read in context. Professor Singh, Suleyman and I responded to her and Pullman with measured criticism, only to be ignored. A sinister realisation dawned as they closed ranks and appeared to reply to white critics only, snaking around our comments and questions as though we were invisible. Clanchy remarked that she was “frightened” to reply – evoking another dangerous trope used against people of colour, that we are to be feared. White authors who had previously supported Clanchy quietly deleted their tweets and slunk away.

This apparent closing of ranks is indicative of the UK publishing industry at large. 在 2017 a poll concluded that more than 90% of the industry identifies as white, which might go some way to explaining how the book made it past several people without anyone picking up its issues. So what’s the solution? Increasingly, publishers are using sensitivity readers, which is a good idea but a short-term fix: authors and publishers need to do their own homework, 是的, but also listen and learn when marginalised writers take pains to highlight offensive content.

A group of white women authors pointedly demeaned Singh, Suleyman and me as “activists” who were “attacking” Clanchy. Pullman suggested we were looking for offence and likened us to Isis and the Taliban, a comment which came as the three of us were already under a coordinated racist attack from the “alt-right” which targeted our emails and social media.

Clanchy has since apologised for “overreacting” to critical reader reviews. She wrote on Twitter: “I know I got many things wrong, and welcome the chance to write better, more lovingly.”

Contrary to many assertions, brown and Black authors don’t enjoy flagging up racist language. We’d rather be writing academic papers, researching books, watching Love Island or playing hide and seek with our kids. But racism isn’t something we can shrug off. We see or hear it and immediately feel the heat of humiliation, the prickle of injustice on our skin. Anger rings in our ears, followed by fear of repercussion for speaking out.

Cancel culture is a term bounced around by people afraid of accountability. But freedom of speech does not mean freedom from consequences. We had every right to critique a publicly available book on a public forum, not least because the author had drawn attention to the racist language in it herself. Singh, Suleyman and I did not want to “cancel” Clanchy or her book, as evidenced by the educational links continuously shared by Singh that pointed towards writing about other cultures, and my own pleas to our detractors to understand why the language was so distressing. None of us disputed the fine work Clanchy has done with her pupils’ poetry. None of us had any hand in Picador’s decision to rewrite the book, nor do we feel that the book should be rewritten. No one is policing imaginations or telling authors what they should or shouldn’t write about. But we owe each other due diligence before we set out to write.

Publishers have churned out books about race and identity over the last two years, an endeavour that is meaningless if the problem lies deep within publishing itself. Writers, agents, editors, publishers and literary festival organisers need to accept that there is a lot of learning to do about genuine diversity and inclusion, and that empty platitudes and diversity schemes mean nothing if we’re punished for speaking out. Readers are not a homogeneous white, middle-class, able-bodied group of people, and nor are writers. We come from all areas of life, and for books to represent that, publishing has to do so first.