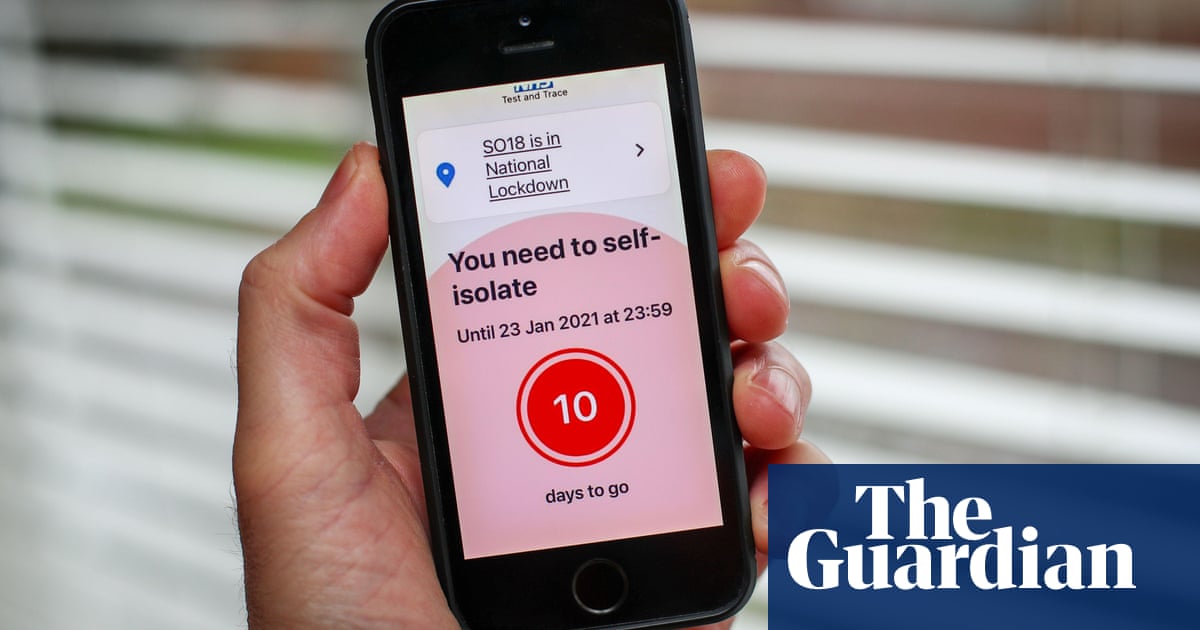 Boris Johnson has ordered officials to examine plans to cut Covid isolation to five days in England as scientists urged caution over the lack of evidence to support a change.

The prime minister came out on Monday in favour of easing quarantine rules if backed by scientific advice. It is understood that the health secretary, Sajid Javid, is also open to the move if clinicians recommend it.

The Cabinet Office has been charged with leading the isolation review with input from public health officials at the UK Health Security Agency (UKHSA) and Department of Health and Social Care. Two sources told the Guardian there may be a Covid-O meeting as soon as Thursday to examine any proposed changes.

One of the options under consideration is for health and social care workers to have stricter conditions on release from isolation than the general population, it is understood.

This would be designed to avoid Covid spreading to vulnerable people in hospitals or care homes and could involve keeping isolation periods at seven to 10 days for that group, requiring more testing or extra PPE.

Political pressure has been building for a reduction in isolation after the US cut its quarantine period to five days, although the UK’s system is different in that it requires isolation from the point of symptoms if they occur before a positive test.

Nadhim Zahawi, the education secretary, and Rishi Sunak, the chancellor, emerged as the first cabinet ministers to back a change if recommended by scientists, with others including Johnson and Javid following suit on Monday. Keir Starmer also said he would back a reduction in the time period if the evidence supported it.

It is less than three weeks since isolation was cut from 10 days to seven in England if a person tests negative by lateral flow on days six and seven. It is likely that any move to shorten isolation periods again to five days would have caveats about testing negative and applying to those without symptoms.

However, scientists still urged caution over the proposed move. Prof Peter Openshaw, a member of the government’s New and Emerging Respiratory Virus Threats Advisory Group (Nervtag), said that while it was “reasonable” to look at reducing the isolation period to five days he had not seen evidence to back such a change.

Convincing data could come from experiments that looked at how well LFTs distinguished between people who were still shedding infectious virus and those who were not, even if they still tested positive on PCR tests, he said.

Martin McKee, a professor of European public health at the London School of Hygiene & Tropical Medicine (LSHTM) and a member of the Independent Sage group, said he was willing to be convinced that it was safe to shorten the isolation period but evidence to support the move seemed “elusive”.

“The limited available evidence, for example [a] small Japanese study, provides little reassurance, suggesting that a substantial proportion of people infected with Omicron are still infectious at five days,” he said. Openshaw said the study was too small to say that asymptomatic people were not infectious beyond five days.

If the isolation time were reduced, McKee said the government was right to consider extra precautions for health and social care workers.

The UKHSA estimates that 10-30% of people who self-isolate fafter a positive Covid test are still infectious on day six, dropping to about 5% after day 10. Their modelling suggests a similar risk of being infectious – about 5% – if people end isolation after two negative tests on days six and seven. The work underpins the existing guidance on Covid isolation, but the thinking may change as more data comes in on the Omicron variant.

Recent LSHTM modelling showed that requiring two days of negative LFTs to leave isolation reduced the risk of transmission to almost nil as the likelihood of being infectious after a series of negative lateral flow tests was very low.

“But if we find that most individuals test positive for a longer period, this may not address the staffing crisis as desired,” said Billy Quilty, an infectious disease epidemiologist who worked on the modelling. “We urgently need to know how long people are testing positive by lateral flow for on average, and how well this corresponds to the infectious period for Omicron.”

Preliminary findings from Japan’s National Institute of Infectious Diseases hint that people who have asymptomatic Omicron infections may stop shedding the virus sooner than those who have symptoms. That asymptomatic infections are typically cleared faster is not unexpected, but the study includes only 21 cases, so the results are considered tentative.