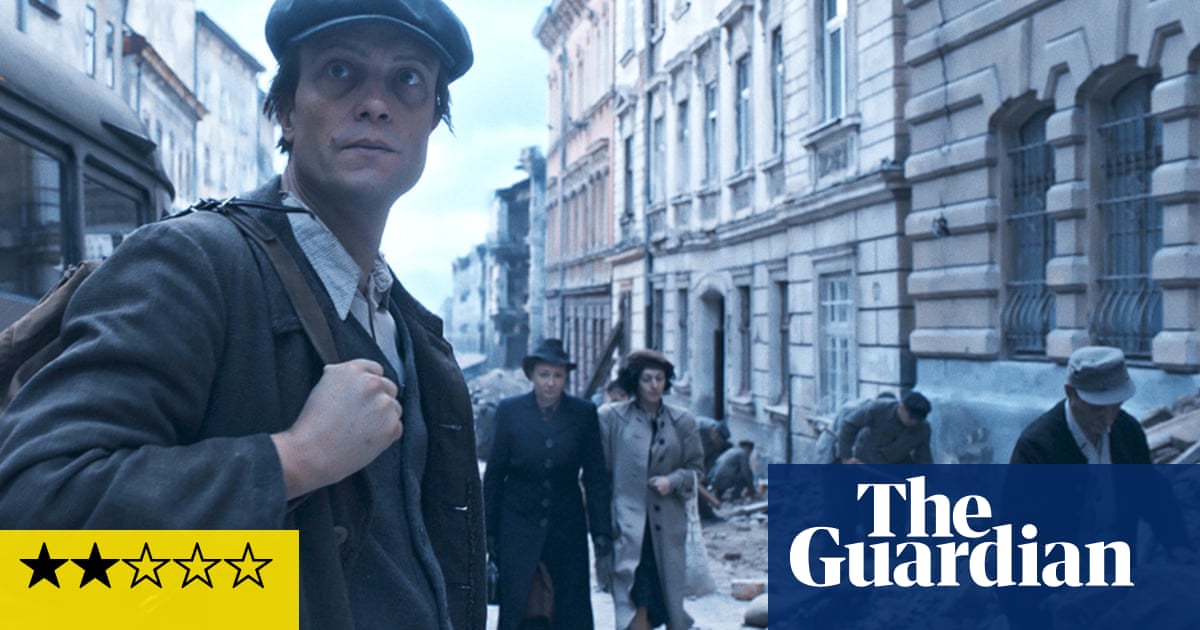 Based on actual events, this film from Israeli brothers Doron and Yoav Paz dramatises an astonishing piece of Holocaust history: a deadly plot by a small group of Jewish survivors to poison the water supply in Nuremberg. “An eye for an eye. Six million for six million.” It’s a handsome-looking, decently acted film, but unpersuasive and fundamentally lightweight, the material packaged a little too neatly into a conventional easy-to-consume movie in which characters purposefully stride in slo-mo across rooms. Characters speaking in accented English don’t help.

Dit is 1945 and former death camp inmate Max (August Diehl), face gaunt, eyes red-rimmed, walks half-starved back to his village in Germany to search for his missing wife and son. The man now living in his house is a former neighbour. He pulls a gun on Max. “Just because the war is over it doesn’t mean we can’t kill Jews anymore,” he barks, a bit flatly. Like a lot of the scenes here, it doesn’t generate a sense of enough at stake.

Max eventually reaches a camp where survivors are being processed for passage to Palestine. He meets a group of young officers from the Jewish Brigade. Here the script touches on the painful experience of Holocaust survivors in the early years after the war, criticised for failing to resist. A Jewish solider asks Max why he didn’t fight back. There were thousands of you in the camp, hy sê. The officer in charge persuades Max to infiltrate Nakam, a Jewish group suspected of planning something big in Nuremberg – an attack that could jeopardise a future Jewish state. Inevitably, Max becomes torn between two ideas of what revenge for the Holocaust could look like: a new life in Palestine versus Nakam’s retribution.