Picasso Ingres: Face to Face review – portraiture at its most radical 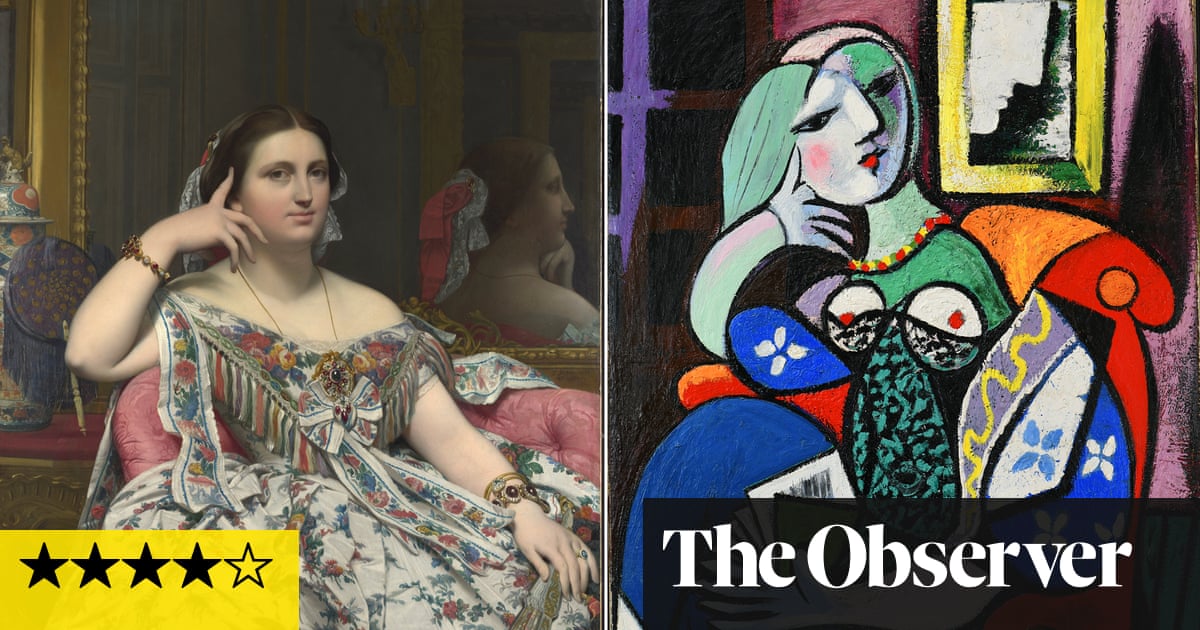 METROadame Moitessier, finger to famous temple, sits back on her rose satin chaise, dress spreading like an overblown garden around her. Chinese porcelain, silk fans, rubies, pearls and ormulu frames: her boudoir is a hothouse of ostentatious wealth. Jean-Auguste-Dominique Ingres painted Inès Moitessier in Paris, where she lived with her rich banker husband, a widower 20 years older. But Inès herself is ageless and timeless and as marmoreal as her incongruous reflection in the mirror – where she is elevated from living woman to Roman sculpture.

Ingres’s astonishing portrait, to paraphrase a winded Baudelaire, sucks all the oxygen from the atmosphere. It is one of the oddest images ever painted by an artist supposedly known for his superlative neoclassical precision. The arms are boneless, smooth as alabaster and yet somehow still supple. The raised hand is flaccid as a jellyfish. The bare body, encased in all those metres of stiff, flowered silk, is almost overwhelmingly fleshy, for all its marble perfection.

Ingres’s brush makes flawless work of every surface, from bright diamond to plumped cushion and polished enamel, but something is stirring below. It goes beyond observation into appreciation, and even a kind of outright appetite that seems about to break through.

The National Gallery’s Madame Moitessier is the first of the two portraits that make up this great and tiny exhibition. El segundo, by Picasso, is directly based upon it. Picasso came upon Ingres’s painting in 1921, in an epochal retrospective where the portrait was on public display for the first time since its completion in 1856. A student of Ingres from first to last, always drawing from his classical perfection, Picasso held the image in mind for more than 10 años. Su Woman With a Book was painted in 1932.

It shows a woman in exactly the same pose, finger to temple, seated on a chaise, her mirror reflection in just the same position on the right. The room crowds around her, también. But this is pugilistic Picasso. The surface of the paint is fantastically thick and nubbed, almost sculptural, in contrast to Ingres’s super-smoothness; the colours are ramped right up into violent cyan and orange; the look is all post-cubist modernity.

And yet to see them hanging together for the first time, spotlit in a single dark chamber of the galería Nacional, is to see the parallels as well as the discrepancies.

There is a story behind each painting. Ingres, en 1844, had no interest in painting the new young wife of a high-society banker; at least until they met, when he was so impressed by her Junoesque appearance that he accepted the commission. Primero, she gave birth, and Ingres couldn’t handle having the baby in the picture as requested. Then work was delayed by the death of his own wife. Always a despot with his sitters, agonising for months over each pose, Ingres swithered between seated and standing, and eventually painted Madame Moitessier upright in black silk primero, before finally getting down to the seated portrait, finished 12 years after the original commission. By which time fashions had so far shifted that the yellow dress Madame once wore had to be replaced with all this floral Lyon silk.

The portrait is often described as Ingres’s Mona Lisa: so visually available and yet so mysterious. Ingres runs all the way from supreme materiality – the dark glow of the rubies, the swing of the tassels on the bodice – to absolute inscrutability. Impervious, impassive, monumental, Inès Moitessier is a Parisian sphinx; and she becomes an ancient statue in the mirror. Her pose, and indeed her reflected profile, are borrowed from the figure of a goddess Ingres saw in an antique mural in Herculaneum.

And what are the women of Picasso’s so-called classical period, from the 1920s onwards, if not descendants of this monumental goddess? Picasso is borrowing, likewise, from Ingres. The bodice slips, revealing both breasts. The fan is replaced with an open book. The Lyon silk is condensed and abstracted in flattened panels of vivid colour. The reflection in the mirror is curiously androgynous; some have seen Picasso’s own head here. But look back at the Ingres, as this show emphatically invites, and you see a transcription of Ingres’s Madame Moitessier too.

The sitter in Woman With a Book is Marie-Thérèse Walter, Picasso’s secret lover during the last years of his marriage to the Russian ballerina Olga Khokhlova. There is the particular palette he created for her – lavender, chalky green and a radiant pale pink that stands for her blond hair. And there are the voluptuous curves, the heart-shaped face (combining profile with front view), the oval eyes and the classical nose. It is nowhere near a recognisable likeness; but neither is the Ingres. They are portraiture at its most radical.

Both are echoes, or thefts, of different sorts. Both are heavily preoccupied with the female presence. But Ingres’s relish of this majestic woman, his brush touching her body on canvas, por lo menos, seems almost innocent compared with Picasso’s vigorous moonlight-and-magic schmaltz.

The pairing of the two paintings slows the eyes and ask you to look closer, to think harder and longer about these different ways of painting (and thinking). And the similarities – of size, pose, composition, scenario and so on – only serve to emphasise the uniqueness of each painter in turn. Para mí, it had the curious and unexpected effect of making Picasso seem more sedate, and Jean-August-Dominique Ingres far stranger. 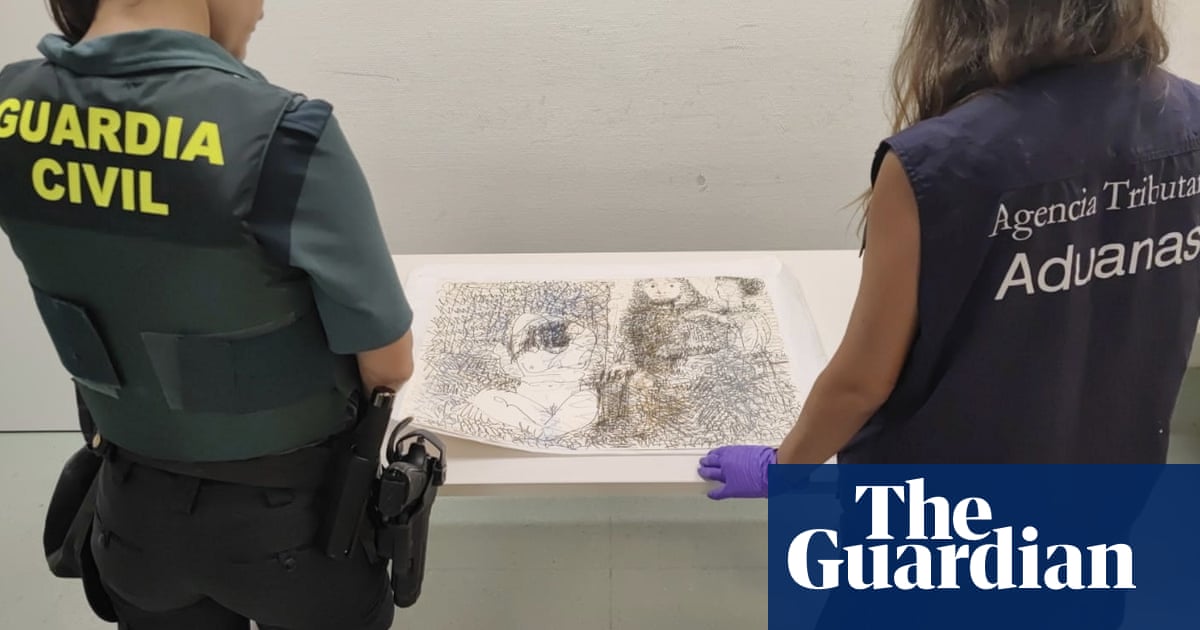 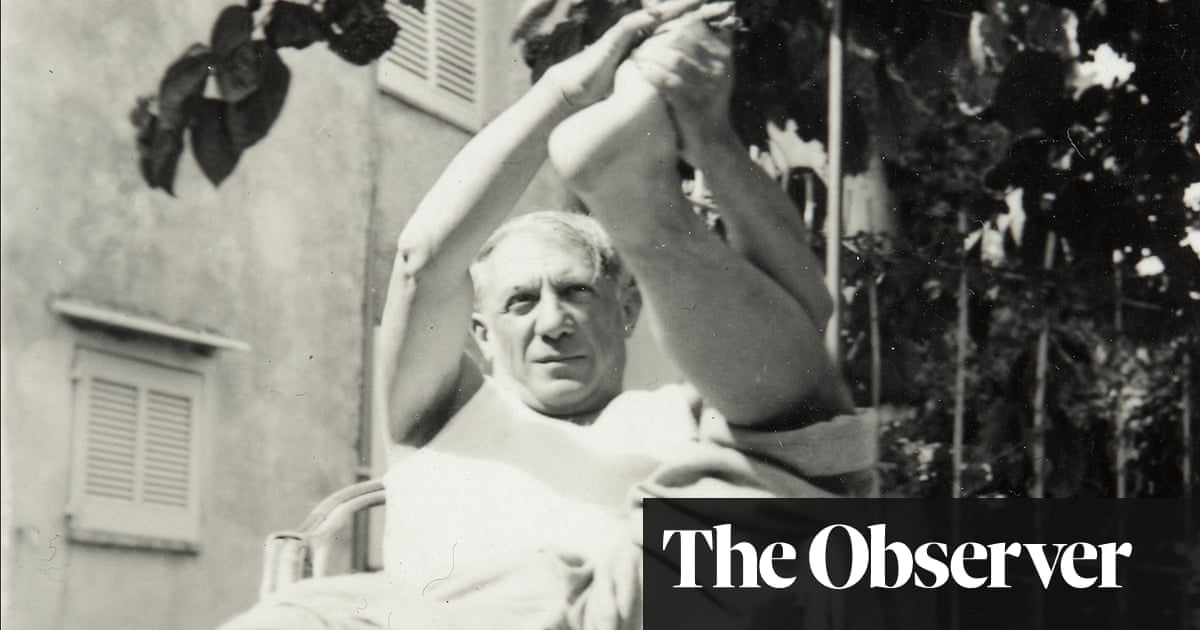 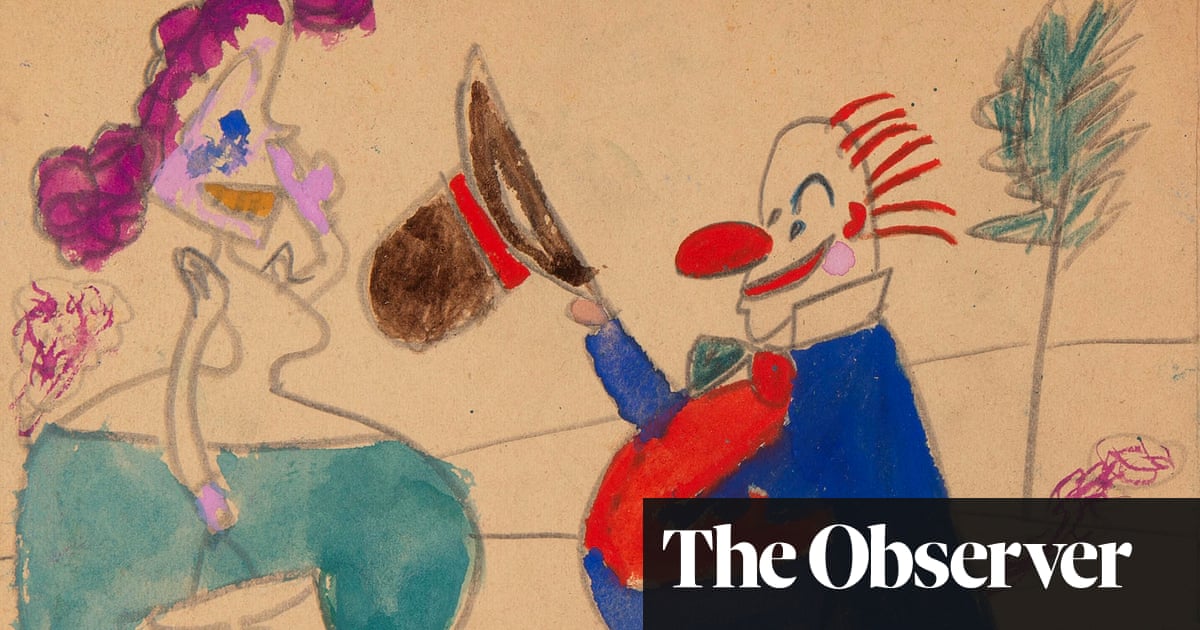 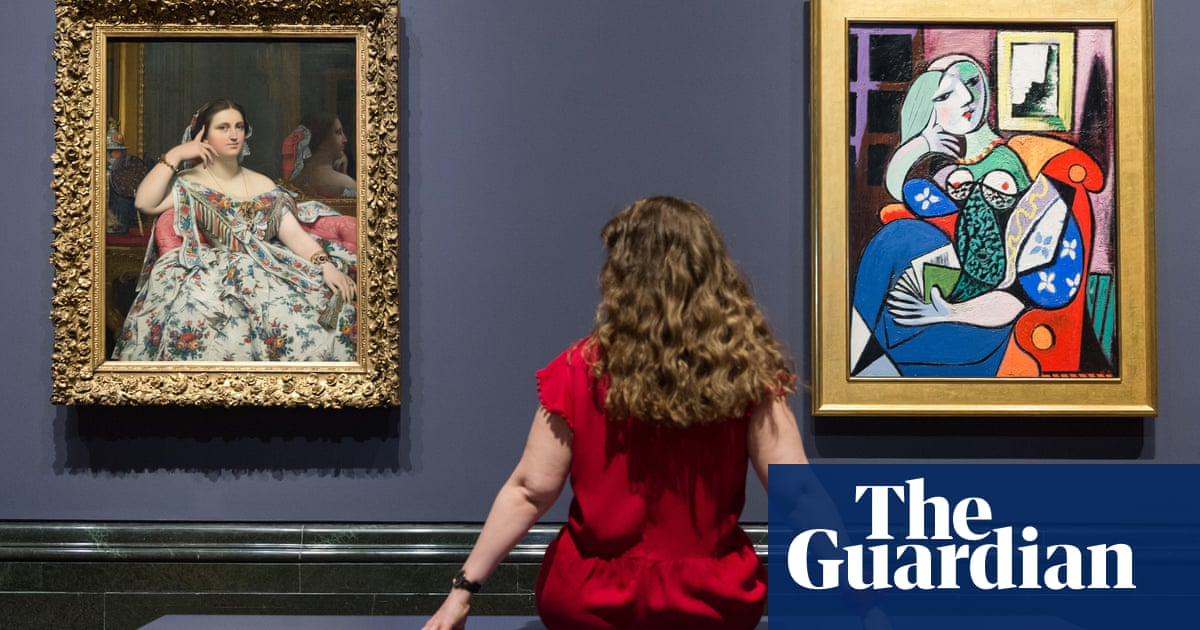 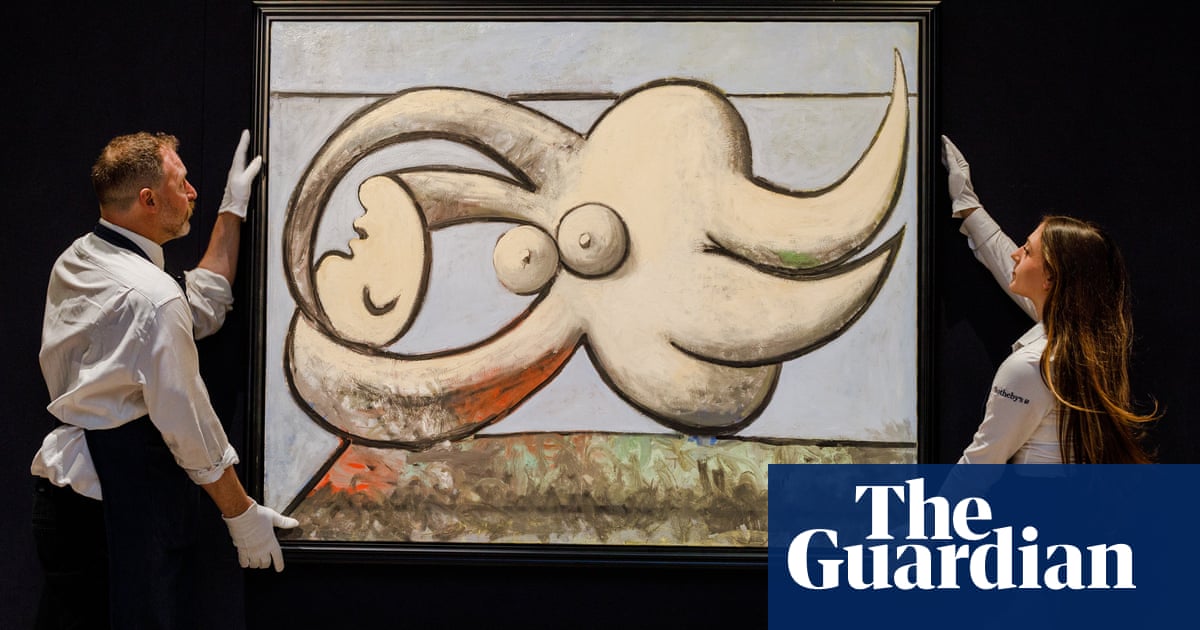 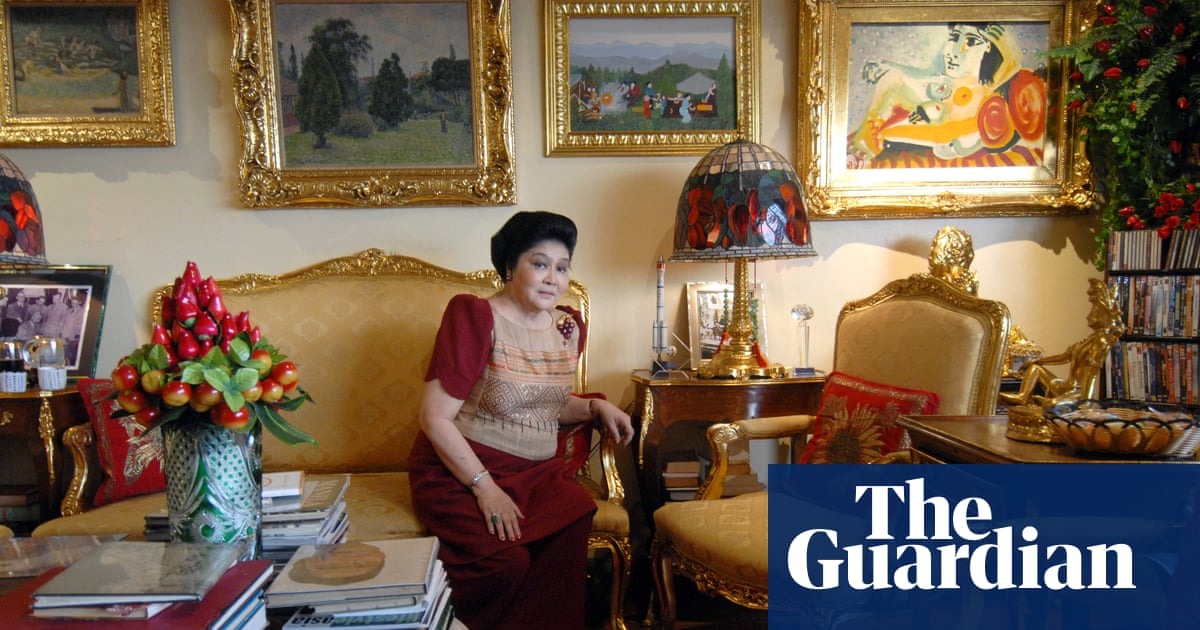 The glimpse of a possible Picasso in the home of Imelda Marcos seen during a visit by her son, Ferdinand “Bongbong” Marcos Jr, after his election win has set off a flurry of speculation in the Philippines, where the f... 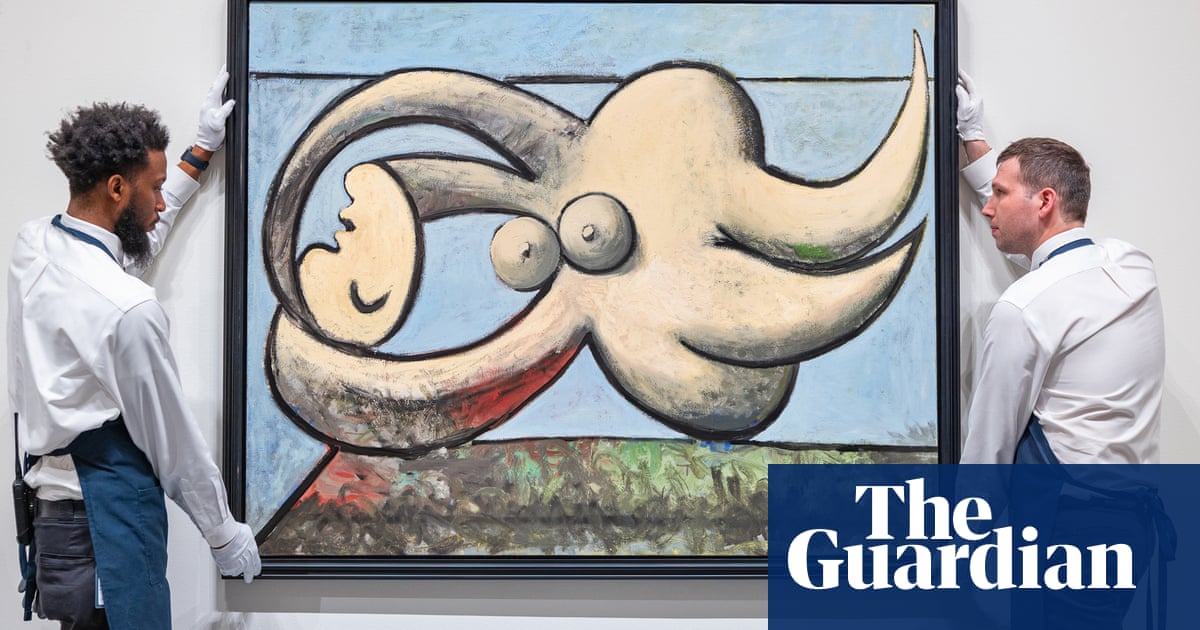 A sensuous depiction of Pablo Picasso’s muse and lover as a multi-limbed sea creature, completed during the most prolific year of the artist’s life, is to appear at auction for the first time. Femme nue couchée (Naked... 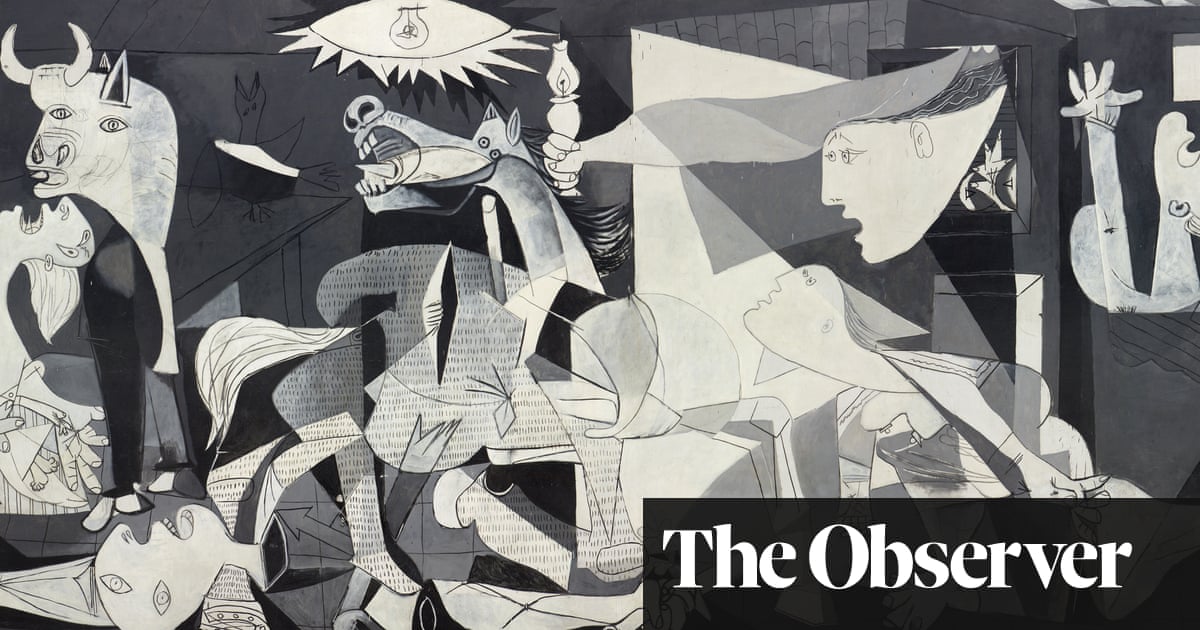