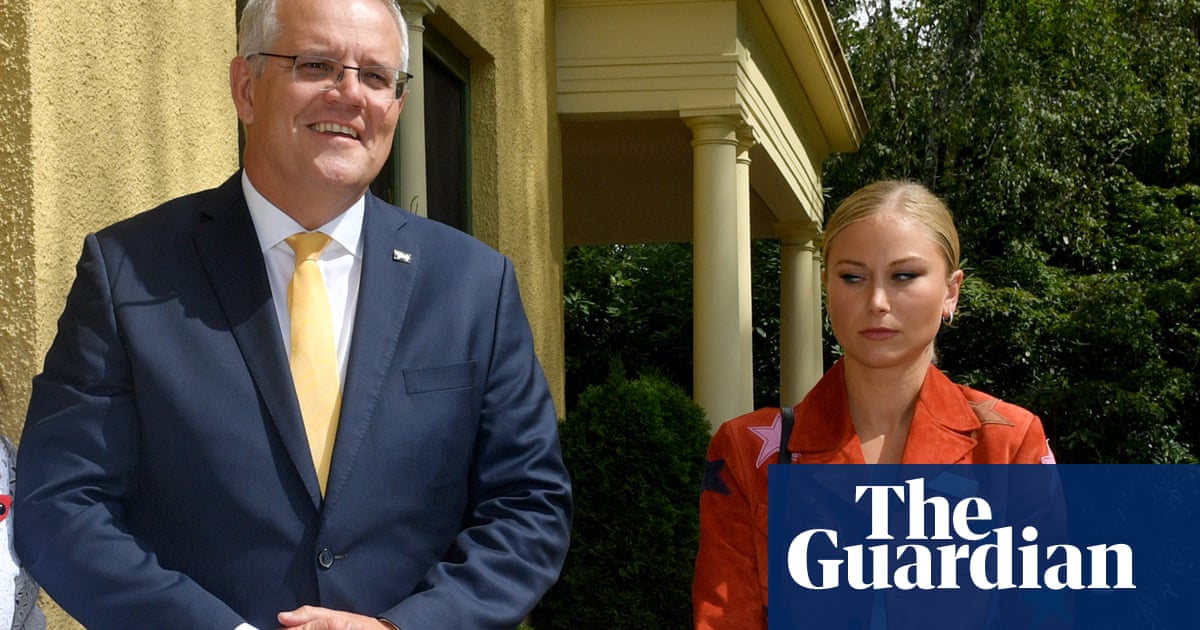 A sexual assault survivor who sparked a national conversation about the treatment of women and sexual assault in Australia has found herself at the centre of another fiery debate over expectations on women to smile in public.

Grace Tame won last year’s Australian of the year prize after her advocacy was instrumental in overturning a Tasmanian law preventing survivors from speaking publicly about their assault.

She later said that in the minutes after delivering her impassioned acceptance speech, Australia’s prime minister, Scott Morrison, leaned over to her and whispered: “Gee, I bet it felt good to get that out.” The revelation forced Morrison to defend himself, telling parliament he did not mean it to sound patronising. “That was a very brave statement, that is exactly what I meant when I said that to her on that occasion,” he said.

On Tuesday morning the 27-year-old met Morrison and his wife, Jenny, as she arrived at a get-together for the 2022 Australian of the year finalists in Canberra. The Morrisons grinned broadly for media while Tame and her fiance, Max Heerey, appeared impassive. The photo opportunity quickly went viral on social media, where Tame drew praise from high-profile women and condemnation from the Murdoch media and some conservative senators.

The political commentator Peter Van Onselen wrote in the Australian that Tame had been “ungracious, rude and childish”.

“If your disdain for the man is so great [understandable perhaps] that you can’t even muster basic and common courtesy, then just don’t go,” he wrote. “But acting like a child displaying a lack of basic manners when coming face-to-face with him in a meet and greet was unbecoming and unnecessary. To look as forlorn as she did in response, rudely and deliberately looking away from the photographer, was an act of juvenile dissent.”

Many women on social media defended Tame. The author and activist Sally Rugg said every man scolding Tame for not smiling enough was “telling on themselves”.

“We see you,” she wrote on Twitter. “Women do not have to smile for the camera beside men we do not like.”

“It is a pity her behaviour and attacks on our prime minister are so partisan, political and childish,” he wrote on Facebook. “If she didn’t like being Australian of the year she should hand back the honour.”

Tame has also used her platform to criticise the government’s handling of rape allegations within Parliament House made by former Liberal staffer Brittany Higgins, which are now the subject of criminal proceedings.

In an address in March, Tame was asked what she thought of the prime minister’s handling of the issue after Morrison said he spoke to his wife, who helped him understand the seriousness of the allegations.

“Jenny and I spoke last night and she said to me: ‘You have to think about this as a father. What would you want to happen if it were our girls?’” Morrison had said. “Jenny has a way of clarifying things. Always has. And so, I’ve reflected on that overnight and listened to Brittany and what she had to say.”

Tame said it shouldn’t take anyone to have children to have a conscience. “And actually, on top of that, having children doesn’t guarantee a conscience,” she said at the time.