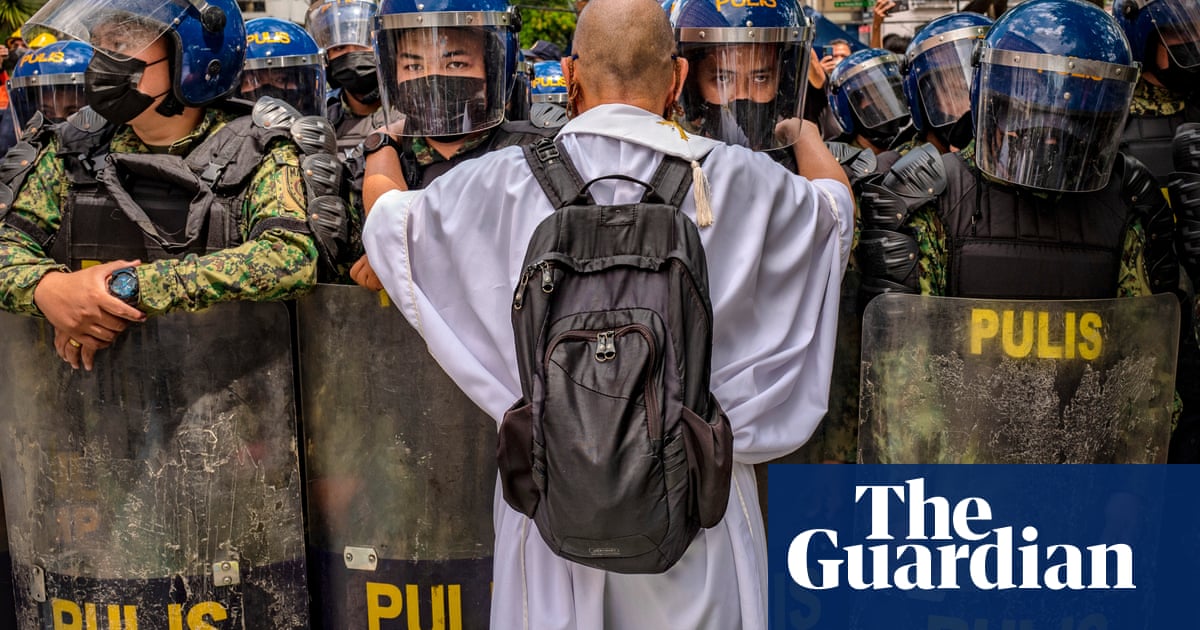 Survivors of the brutal regime of the late Philippines dictator Ferdinand Marcos have described his son’s apparent landslide presidential election victory as the product of trickery and disinformation, warning it is unlikely the billions stolen by his family will be recovered, and that human rights in the country will be weakened.

Ferdinand “Bongbong” Marcos Jr had won more than 30.8m votes in a highly divisive presidential election by Monday, according to an unofficial count. His vote tally is more than double that of his closest challenger, the human rights lawyer and current vice-president, Leni Robredo, who had campaigned based on transparency and good governance.

Marcos said he would bridge political divides in his country, urging people: “Judge me not by my ancestors, but by my actions.”

His message has not convinced survivors who were tortured, imprisoned, or whose relatives were killed, during his father’s 20-year rule. Nor is it likely to win over critics who want the family to return the vast sums it took from state coffers. As much as $10bn was plundered.

The Marcos family and its supporters have attempted to rebrand the rule of Marcos Sr as a golden era of peace and prosperity. Social media has been flooded with false claims relating to the family and its opponents, prompting media and academics to begin factchecking initiatives.

Bonifacio Ilagan, convener of Campaign Against the Return of the Marcoses and Martial Law, said Marcos Jr’s calls for unity were “empty and self-serving for as long as he does not address the basic questions concerning his father’s dictatorship, of which he was very much a part”. Ilagan was tortured and imprisoned as a student, and his sister was disappeared.

“I for one – and I think I can represent a lot – will never accept a president who continues to be the chief administrator of an estate that embodies plunder,” Ilagan said.

On Tuesday in Manila, crowds, many wearing black, gathered in front of Commission on Elections office to protesting against the return of the Marcoses, alleging cheating and questioning why results had appeared so quickly.

Election officials have rejected claims of rigging and said results were processed more quickly than in previous years because equipment had been upgraded.

The results were in line with the findings of opinion surveys conducted by pollsters in the run-up to the election.

Activists say that, either way, Marcos did not conduct his campaign fairly. “He flooded social media with historical distortions and refused to engage the media to answer the painful questions that we wanted him to address,” said Ilagan, who said the campaign was based on “trickery and historical distortions”.

Although Marcos Jr has denied the existence of any organised online campaign, he was the overwhelming beneficiary of false claims circulating on social media. The majority of disinformation was either designed to undermine Robredo’s reputation or enhance the images of the Marcoses, according to analysis by the factchecking coalition Tsek.ph, which monitored disinformation in the run-up to the election.

Cristina Palabay, the secretary general of Karapatan, a human rights NGO, said Marcos and his running mate, Sara Duterte, the daughter of the outgoing president, Rodrigo Duterte, “represent the worst brand of traditional politics and governance in our nation’s history”.

“Under Duterte, the human rights crisis has spiralled with extrajudicial killings, arrests and detention, forcible evacuation and other human rights violations, including violations on press freedom and freedom of association,” Palabay said.

Marcos has said he will not allow prosecutors of the international criminal court to visit the Philippines to investigate Duterte’s “war on drugs”, shielding him from prosecution.

Survivors of the Marcos regime fear public understanding of the period, already distorted by online misinformation, will be further damaged.

“Although there are efforts now to try to put the correct version in the textbooks of the children, I don’t think that’s going to be continued,” said Doris Nuval, who was imprisoned for nearly five years under Marcos, the longest of any female political prisoner at the time. “It’s just a sad fact that the young Filipinos will never learn of what’s happened until after his term.”