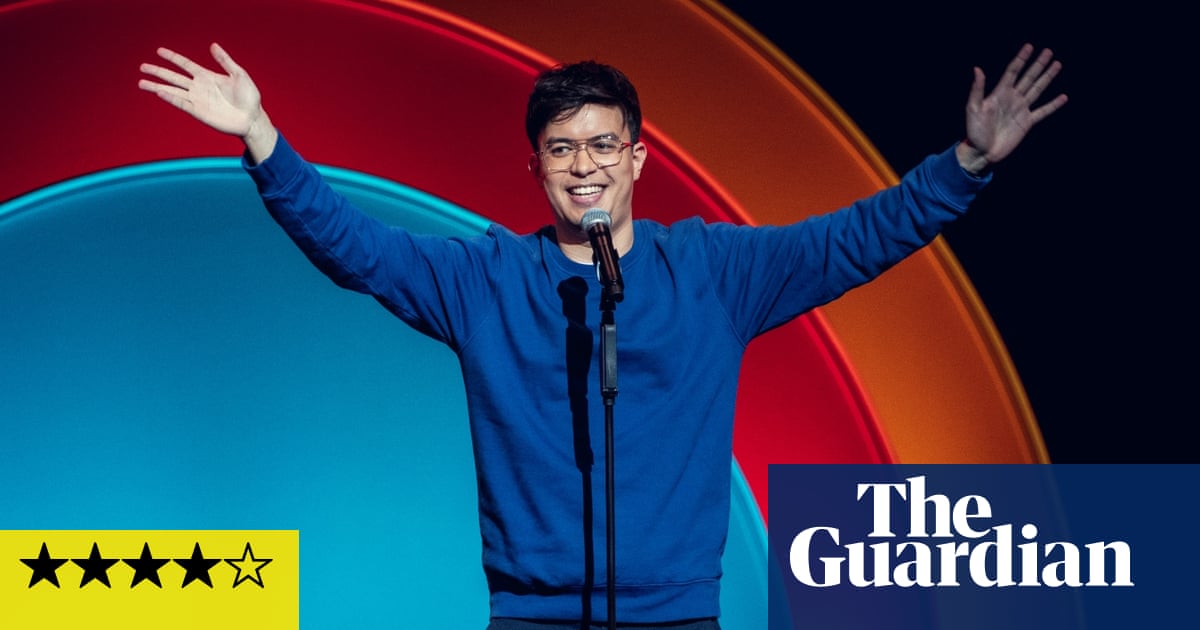 From the other side of a global pandemic, here comes Phil Wang’s maiden Netflix special. Due for a spring 2020 recording, it finally taped this summer at “the sold out (reduced capacity) London Palladium”, in Wang’s words – and “I hope it’s all still relevant”. It is, with the judicious inclusion of a few Covid-era east Asian gags, an open goal for an act who playfully chews up racist stereotypes. Also present in Philly Philly Wang Wang: material on ageing (he’s 31), male contraception, the dos and don’ts of mimicking other people’s accents, and the difficulties of being a good person.

What you lose in dynamism, you gain in measured raillery at oriental cliches, PC anxieties, and Wang’s status as a wannabe alpha, stubbornly beta male. Playing the Chinese supremacist, he loftily dissects UK perceptions of the Middle Kingdom: its sexually unthreatening men, its “weird” diet, its imminent global domination. His phrasemaking flair is to the fore when hamming up his fear of encroaching middle age. “Forgive me,” he says, of fortysomethings who dare to suggest he’s still young, “if I take no comfort from the jealous face of death itself!”

Surprisingly for an ex-sketch comic, Wang seldom does act-outs. When he does so, dramatising the gendered usage of the word “decent” at two funerals, it’s very droll – and the added dimension is welcome. Elsewhere, a feminist routine (Wang mocks his own “ally” pretensions) on a male contraceptive pill can be filed alongside Michelle Wolf on “if men had periods” in the pantheon of gender-switch thought experiments that linger lurid in the mind. It’s no white-knuckle ride, but it’s a beady and pleasing hour’s standup.