Phil Elverum’s songs of loss gave me a language for that shapeshifter, grief 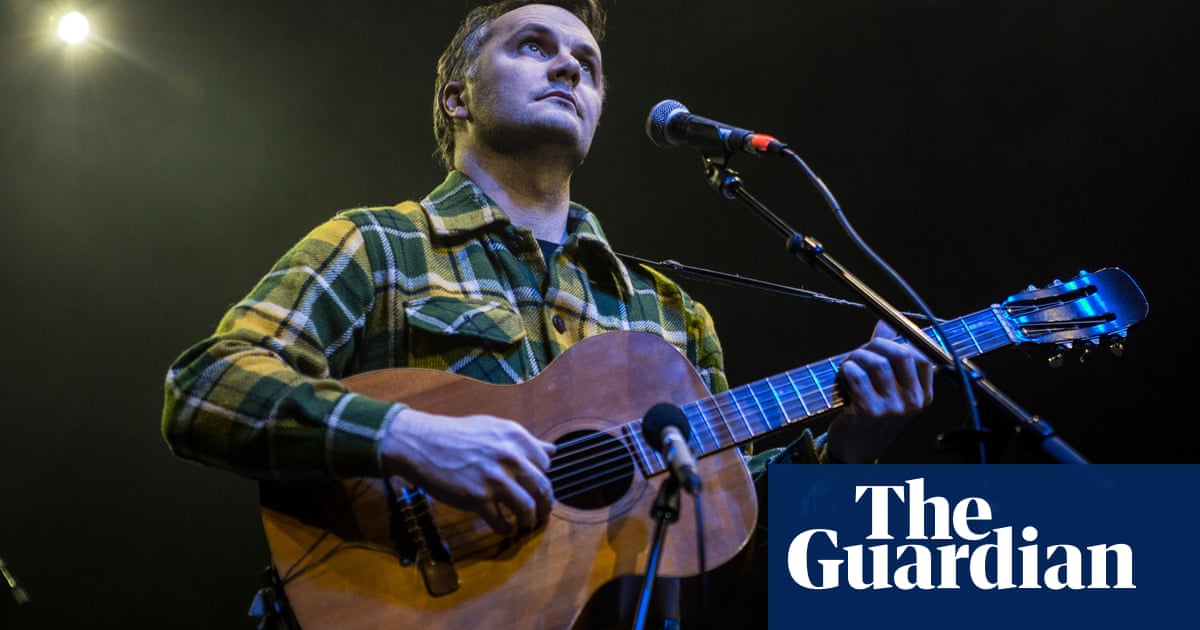 Ek first encountered the music of Phil Elverum in August 2010, a month after the death of my first boyfriend. That summer I spent hours sitting numbly in the park with my headphones on, listening to Elverum describe a landscape without colour or movement: “no black or white, no change in the light, no night, no golden sun”. That dissonance between internal and external worlds made sense to me as I watched children play and rollerbladers pass by in the sunshine as if everything was normal.

I listened over and over again to his album The Glow Pt 2, released in 2001 under the name the Microphones, trying to make sense of the previous six months. I met Marc in my first year at university: a pretty, hyperactive French boy who shimmered into my life at a club night in Birmingham. I fell in love with his perfect sweep of sandy blond hair, the way he played piano with the exaggerated melodrama of his beloved symphonic metal and video game soundtracks and his habit of wrapping a USB cable around his neck like a protective amulet.

We knew we were made for each other, so it came as little surprise when we discovered that we shared a birthday. Within weeks we were practically living together in my shoebox room. We spent six months in an intensely volatile relationship, knotted with furious arguments, tearful separations and even more tearful reunions.

As the holidays drew near, I made plans to visit Marc in Lyon. His father came to collect him for the long drive back to France. Marc said goodbye out of sight – he didn’t want his dad to know he was dating a guy. We held each other for a long time. As I walked away I heard the sound of running footsteps behind me and suddenly found myself on the ground, wrapped in a final, tumbling embrace.

Three weeks later, on a stifling day in early summer, I opened Facebook to a message from someone I didn’t know. Marc had been hit by a car and killed. The driver was drunk, on drugs, going double the speed limit. Marc died instantly. I stumbled to the bathroom and vomited. I spent the following months sleepwalking through life. I attended his funeral in France, where I sheepishly introduced myself as “the English boyfriend”. I visited his body laid out in a quiet room, and threw a white rose into a grave on a luminously beautiful hillside.

All the while, I listened to the Microphones. Elverum’s music gave me a language for the shapeless void of grief. He sings about the absurdity of living in the aftermath of loss, his voice stretching painfully as if exorcising the vowels: “My chest still draws breath / I hold it / I’m buoyant / There’s no end.”

Elverum also fell in love. In 2004, he married Canadian artist Geneviève Castrée. They had a daughter in 2015. A year later, Castrée died of pancreatic cancer at the age of 35. Elverum has been singing about her ever since. His first album after her death, A Crow Looked at Me, released under the name Mount Eerie, chronicles the immediate aftermath. “Death is real,” he sings over and over again, as if it won’t quite sink in.

In the eight years between the deaths of Marc and Castrée, I had got into electronic music and mostly left Marc in the past. But hearing Elverum’s album about his own loss brought Marc sharply back into focus. A Crow Looked at Me narrates the experience of grieving with laser-beam specificity. It tore away the layers of sweetness and forgetting that had swaddled my memories of Marc, sending me spiralling. Grief is a shapeshifter, Elverum told me, and it never completely leaves you.

He expertly illuminated many tensions that I had never identified but instantly recognised, such as how grief isolates you, leaving the people around you confused, powerless, afraid of your gigantic emotions and unsure how to help. The terrible paradoxes of not wanting to forget somebody, but not wanting to remember them, either; how sordid it feels to try to make art from grief, or to reduce someone’s death to a step on your journey. “I don’t want to learn anything from this,” he sings. “I love you.”

A Crow Looked at Me, containing beautiful songs so spare that Elverum describes them as “barely music”, is not meant to be enjoyed, yet I played it over and over. What was the value, I wondered, of him sharing something like this? Watching Elverum perform his death songs in a candlelit church in east London in 2017, I realised that it wasn’t just his lyrics that are powerful, but also the fact of his sharing. After the gig, emotional fans thronged around him at the merch table. I hung back, wondering how many people felt he spoke to their own personal grief, just like I did.

Vandag, I listen to Elverum’s music as a ritual encounter with Marc. I also revisit the only video I have of us together. It is a minute long and shows us play-fighting on a blazing summer’s day. There is nothing remarkable about this moment except that it was captured. After he wins the tug-of-war, I pretend to sulk and he musses my hair, laughing. I don’t watch it often, as I fear diminishing its magic. The last time was July 2020, on the 10th anniversary of Marc’s death. I had been listening to Mount Eerie all day. I decided to reach out to Marc’s mother and sisters after many years of silence. They were overjoyed to learn that 10 years on, across the sea, somebody else was thinking of Marc and missing him. That the world moves on, and it doesn’t. That we let go, and we don’t, and that’s OK.

The NSW premier, Gladys Berejiklian, has begun dating a prominent barrister who represented her during an anti-corruption inquiry into her former lover, the disgraced ex-MP Daryl Maguire. The premier’s sister, Mary, p ...

The subject of heists in Germany and chaos in French supermarkets, blessed by the high priests of the kitchen pass (Nigella, Yotam) but also slathered on chips in Aberdeen, Nutella’s popularity knows no bounds. dit is ...