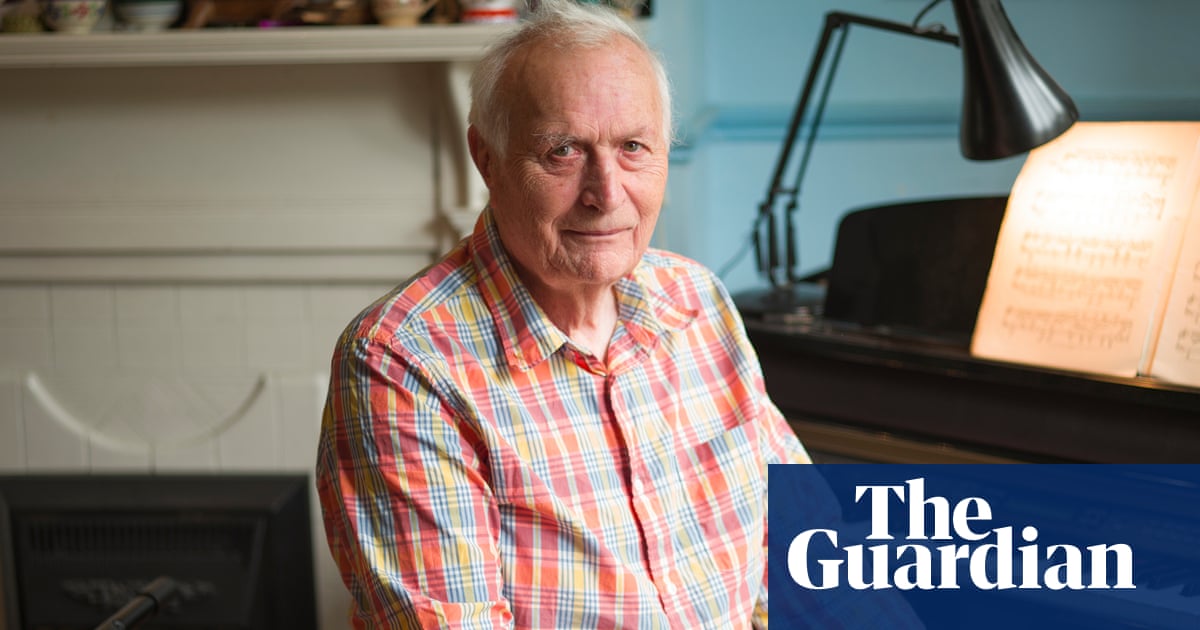 Peter Zinovieff, a hugely influential figure in British music whose early synthesisers helped to change the sound of pop music, has died aged 88. He had suffered a fall at home earlier this month.

With its marketing slogan “think of a sound – now make it”, his company Electronic Music Studios (EMS) was one of the first to bring synthesisers out of studios and to the public. With products such as the portable VCS3 and Synthi A, EMS customers – including David Bowie, Kraftwerk, the Who, Tangerine Dream and Pink Floyd – were often taught to use the instruments by Zinovieff.

In 1967 he collaborated with Paul McCartney on Carnival of Light, a performance of a 14-minute avant garde composition created between Beatles sessions for Penny Lane that has never been released.

He was also a respected composer of his own work, including early experiments with AI composition and sampling – he claimed to have invented the latter technique.

Zinovieff was born in London in 1933, the son of Russian aristocrats who had fled during the country’s revolution. He was raised by his grandparents during the second world war, then attended the University of Oxford, studying geology while dabbling in experimental music. He gave up his burgeoning geology career to pursue his hobby professionally, later calling it “a middle-of-the-night decision … a wild thing to do. At that time, there were just a handful of people making electronic music.”

With their permission, he sold family jewellery to build a home studio in 1961, including an early computer with just four kilobytes of memory that nevertheless cost the equivalent of £100,000 today. He collaborated with Delia Derbyshire and Brian Hodgson of the Radiophonic Workshop – who would later create the eerie Doctor Who theme – on Unit Delta Plus, an organisation to promote electronic music, and began developing synthesisers, founding EMS in 1966 with Tristram Cary and David Cockerel.

Other EMS instruments included the cabinet-sized Synthi 100, used for music on Doctor Who, by composer Karlheinz Stockhausen on his epic piece Sirius and latterly by contemporary musicians including Sarah Davachi and Soulwax. The Synthi A can be heard on Pink Floyd’s Dark Side of the Moon, as well as recordings by Brian Eno, Jean-Michel Jarre and more. A collection of Zinovieff’s own compositions from the EMS period, Electronic Calendar, was issued in 2015.

The studio went bankrupt in the 1970s, and much of its equipment was later destroyed in a flood. Zinovieff spent the 1980s and 90s mostly away from music, working on graphic design and teaching, though wrote the libretto for earlier collaborator Harrison Birtwistle’s 1986 opera The Mask of Orpheus, part of it in a newly invented language. It was revived by English National Opera in 2019.

Zinovieff returned to composition in 2010, and worked with a younger generation of musicians including cellist Lucy Railton and violinist Aisha Orazbayeva. He also made several works with the poet Katrina Porteous.

He was married various times – first to Victoria Heber-Percy, then Rose Verney, and then to Tanya Richardson – and is survived by his fourth wife, Jenny Jardine. He is also survived by six of his children: Sofka, Leo, Kolinka, Freya, Kitty and Elena. Another child, Kyril, died in 2015.

The Nobel laureate Abdulrazak Gurnah has said he suspects the British empire is “still important in Britain” and may well have played a part in the Brexit vote. The author, 73, born in Zanzibar, told the audience at t...

The son of a Conservative MP has told how he helped save a fellow British volunteer fighter in Ukraine while under heavy Russian gunfire after he was injured by a landmine. Ben Grant arrived in Ukraine in March, when ...