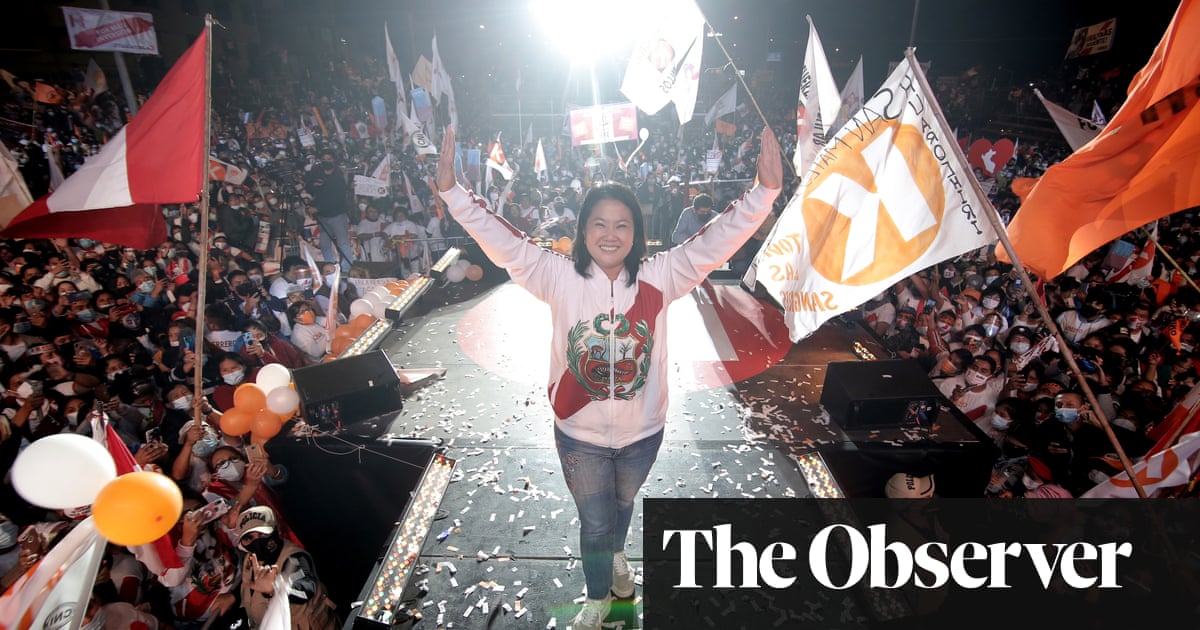 Although Dávalos’s debut novel, La Furia del Silencio (The Fury of Silence), has drawn comparisons with both The Catcher in the Rye and Alfonso Cuarón’s Oscar-winning Roma, the coming-of-age tale is profoundly, and inescapably, Peruvian.

The gloom that permeates the book rises past the pitch of melancholy as it chronicles a childhood and adolescence spent in the Lima of the late 1980s and 1990s, a city of bombs, blackouts, water shortages and curfews. The horror of the Shining Path insurrection and the hypocrisy and corruption of President Alberto Fujimori’s authoritarian regime envelop its pages like the fog that blankets Lima for much of the year.

While it examines Peru at the tail-end of the last century, La Furia del Silencio arrives with the country once again in a national emergency and facing a massive political dilemma.

La semana pasada, the government almost tripled its official Covid-19 death toll to 180,764, making Peru the country with the highest death rate per capita in the world. As hospitals buckle under the strain and demand for oxygen outstrips supply, Peruvians are preparing to vote in the second round of a bitterly divisive presidential election, which takes place on Sunday.

Polls suggest a tight race between Pedro Castillo, a far-left but socially conservative union leader and teacher, and Keiko Fujimori, the rightwing, neoliberal daughter of the jailed and disgraced former president.

As if the presence of a Fujimori in the presidential race was not enough to conjure unwelcome deja vu, 16 people – including two children – were murdered at the end of May in an attack blamed by the authorities on a Shining Path splinter group.

Like many of his compatriots, Dávalos – who has lived in Spain for the past 17 of his 42 years – is, to put it mildly, not enthused by either candidate.

Castillo has pledged to hold a referendum on rewriting the pro-market 1993 constitution, and laid out plans to expropriate foreign mining projects. Keiko Fujimori – who is accused of money laundering and running a criminal organisation, charges she has denied – has promised to pardon her father, who is serving a 25-year prison sentence for authorising death squads and presiding over rampant corruption and vote-rigging.

“It’s too close to say who’ll win, but there’s one candidate who’s a leap into the void and who could set us back 50 años, y, on the other side, there’s the dictator’s daughter,” says Dávalos. “It’s a choice between dying of hunger and dying of indignity.”

His words echo those of Peru’s best-known writer. Mario Vargas Llosa, who ran unsuccessfully against Alberto Fujimori in the 1990 elections – and who has spent the past 30 years attacking the dynasty’s toxic effect on Peruvian politics – recently called on people to back Keiko Fujimori, describing her as “the lesser of two evils”. The Nobel prize-winner said Castillo would undermine democracy, ruin Peru’s economy and leave the country “with all the characteristics of a communist society”.

Dávalos’s memories of growing up in Lima under Alberto Fujimori and his predecessor, Alan García – not least the frustration of not being able to go to the cinema or finish watching a TV programme because of the almost daily power cuts – inform much of La Furia del Silencio.

Given the writer describes Peru as “an eternal adolescent that hasn’t learned how to be a republic or how to behave like a republic” in the two centuries since it won independence from Spain, it is fitting that his protagonist, Facundo, is a teenager. Facundo, who seems to have narcolepsy – though the condition is not mentioned in the text – gradually opens his eyes to the rotten reality that surrounds him. A family crisis and an angry act of rebellion at his Catholic school lead him to abandon his comfortable life in the suburbs and head into the seedy centre of Lima, where he soon loses his innocence in more ways than one.

But for all Facundo’s trials, Dávalos is at pains to point out that the ordeals middle-class Limeños endured in the 80s and 90s could never begin to compare with the atrocities inflicted on rural civilians by both terrorists and government.

Eighteen years ago, Peru’s truth and reconciliation commission estimated that 69,280 people had been killed or disappeared between 1980 y 2000. Of them, 80% lived in rural areas and 75% spoke Quechua or other indigenous languages.

“If anyone was having a bad time during the time of terror, it wasn’t the people in Lima,” says Dávalos. “It was the people in the highlands, where most of the victims and deaths were. We lived the ricochets from all that: every day when you turned on the TV, it was death, blood and destruction.”

The fate of the campesinos is embodied in Dávalos’s novel in the character of a woman who lives in a Lima shantytown and who, with her badly burned baby, appears at key moments.

La Furia del Silencio is the latest addition to a continuing boom of Peruvian writing that has wasted little time in probing and dissecting the recent past. Me gusta Vargas Llosa, Alonso Cueto, Santiago Roncagliolo, Daniel Alarcón, Martín Roldán Ruíz, José Carlos Agüero y Lurgio Gavilán, Dávalos is keen to understand what happened and why.

“I think there was a time back in the 1990s when it was difficult to write about what was happening,” says Dávalos. “You need a bit of distance to do that. There was also a Lima that didn’t want to look at what was going on, or which preferred to escape from it all.”

Aún así, he is surprised by the speed at which Peru has engaged with the sins of its recent past. In his adopted homeland, the pact of forgetting that helped Spain return to democracy after the Franco dictatorship made such discussions difficult for successive generations.

“It’s only over the past decade that people in Spain have really started writing about the civil war and all it entailed,” says Dávalos. “But it’s all happened so quickly in Peru.”

Dávalos is already at work on his next book, which will be about the police officers who caught the Shining Path leader, Abimael Guzmán, en 1992, and about a young journalist at the end of the 90s who starts as a reporter as the Fujimori regime starts to crumble.

Despite the evocations of Salinger and Cuarón, the work to which La Furia del Silencio is most often compared is Vargas Llosa’s debut, The Time of the Hero, which used a harsh Lima military academy as a microcosm in which explore Peru’s social, economic and ethnic divisions.

The book also has much in common with Vargas Llosa’s 1969 obra maestra, Conversation in the Cathedral, in which the writer reflects on the all-pervasive corruption of the dictatorship of Manuel Odría in the 1950s. The novel begins with a famously rhetorical question: “At what precise moment had Peru fucked itself up?"

Dávalos nods at the parallels but suggests the time has come to update the question. “I think we need to realise that we’ve always been fucked – I’ve never seen a time in our history when we’ve been OK," él dice. “But I think instead of asking ourselves when we fucked ourselves up as a country, we need to ask if we’re going to carry on fucking ourselves up even more.” 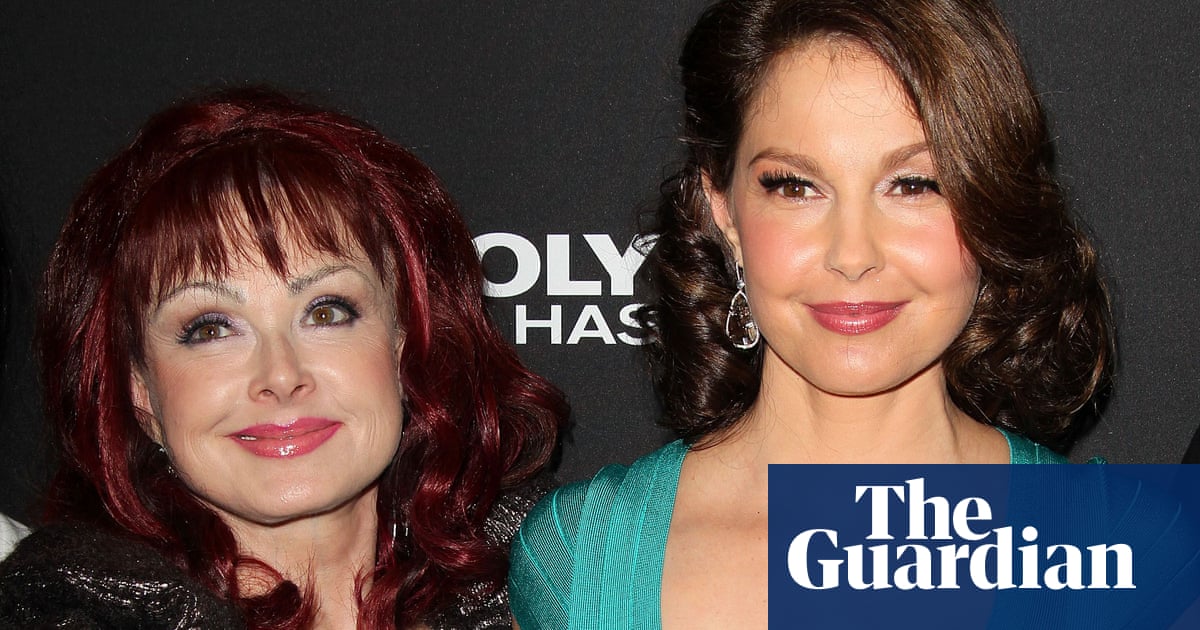 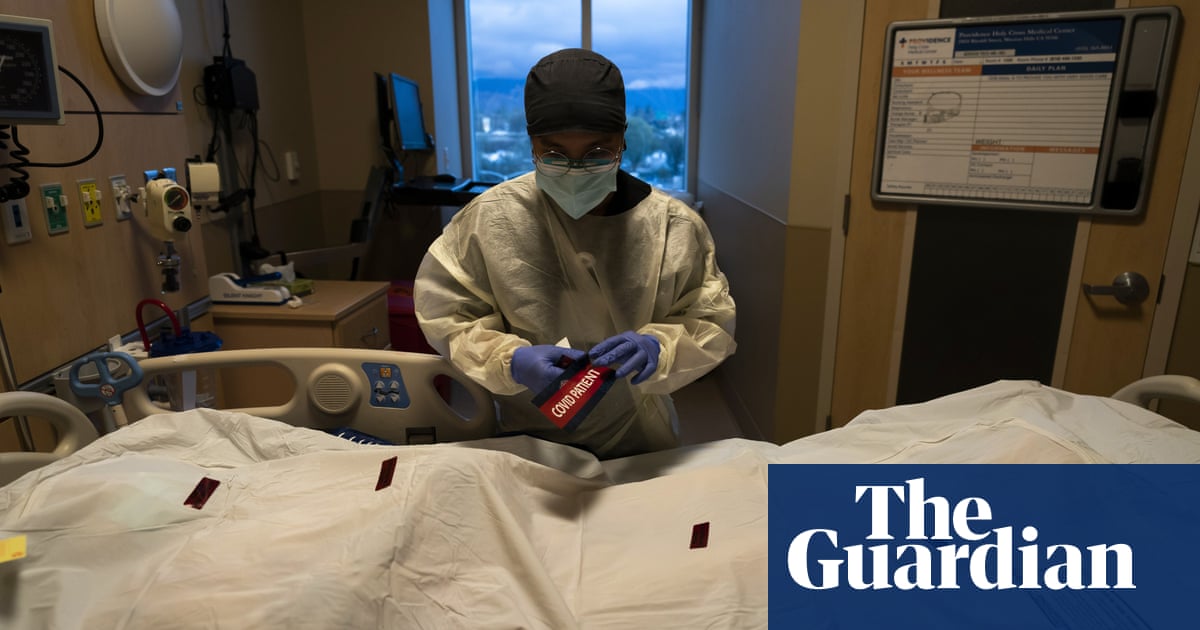 For Kristin Urquiza, there are two dimensions: before Covid, y con eso. It’s as if the arrow of time veered off into an entirely new direction, to a world where nearly one million of our loved ones have vanished and... 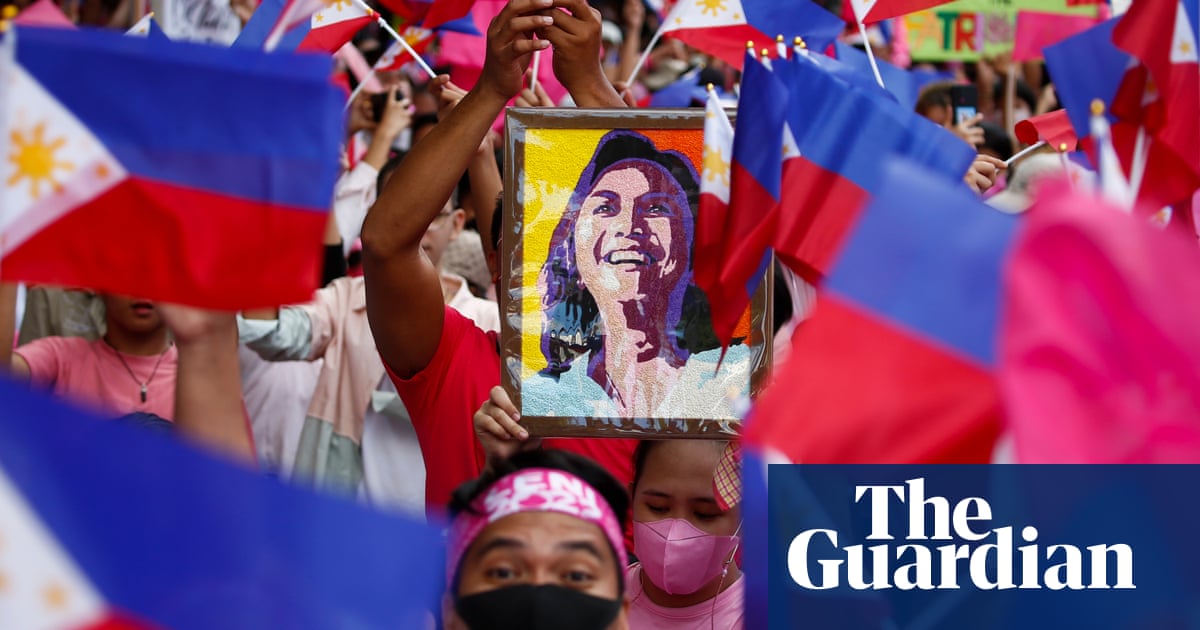 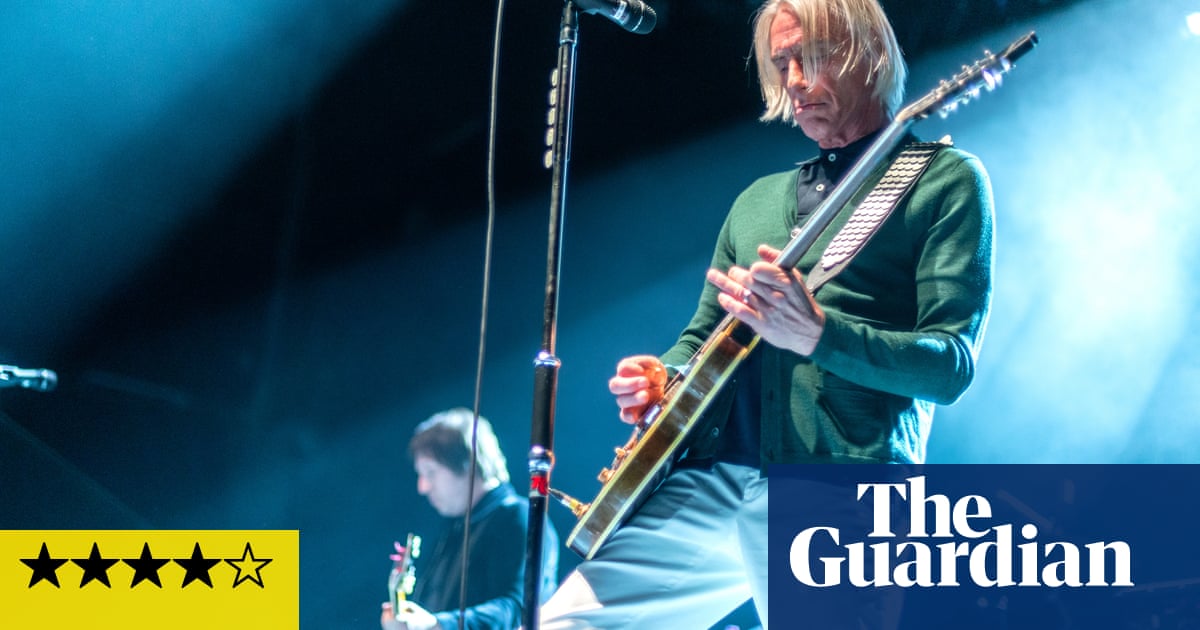 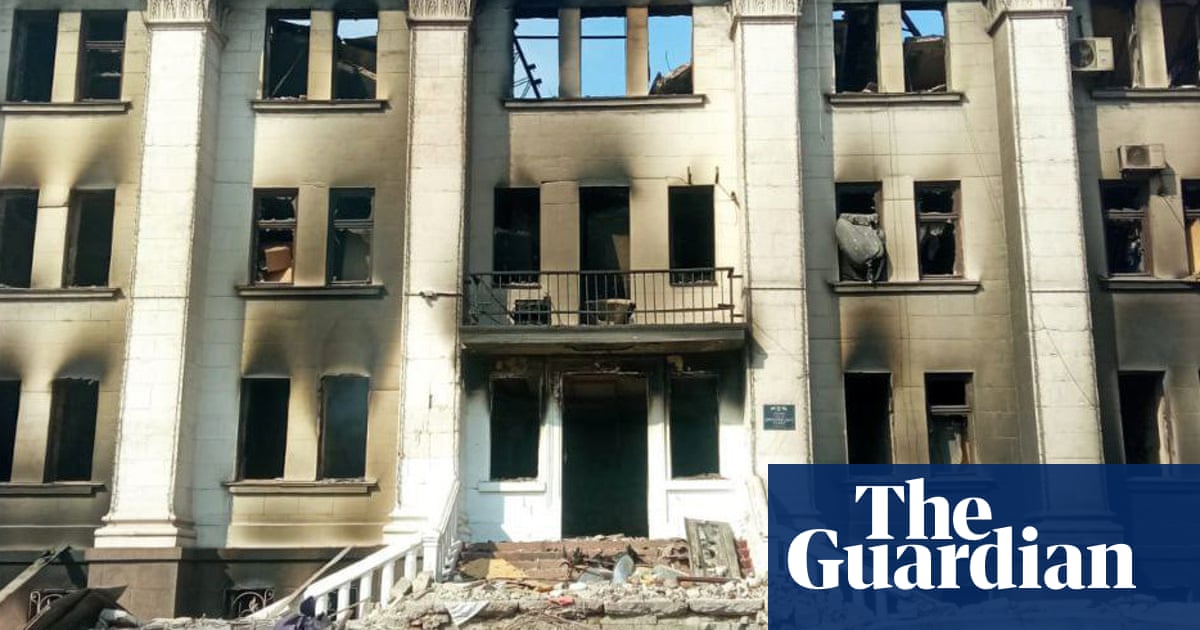 ‘I grabbed two rings, took my mother, daughter and the cat’: the playwright who fled Kyiv

What should I have taken but didn’t? I took money and ID. I grabbed two rings (people in books always take jewellery). But I left the cross on the wall, a family heirloom, and the painting of a guelder rose. I chose t...