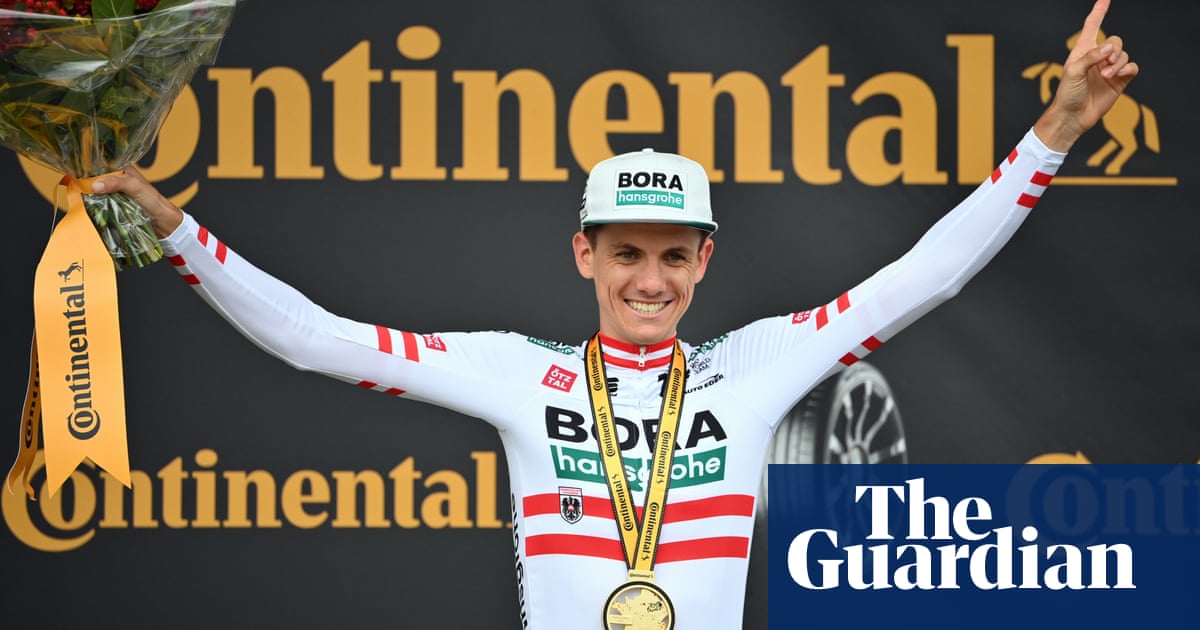 The Tour de France champion, Tadej Pogacar, is steeling himself for last‑ditch attacks on his race leadership in what may prove to be the toughest day of this year’s race – the 17th stage to the towering summit of the 2,215-metre Col du Portet pass on Wednesday.

Chris Froome, however, is confident that Pogacar’s lead, allied to his strength and consistency, will be able to survive an all-out assault. “If Pogacar can stay on the bike then it’s over,” the four-time Tour winner, now riding for Israel Start-Up Nation, said.

Konrad, who is the third Austrian to win a Tour stage and who will be heading from Paris to Tokyo for the Olympic Games, broke clear of his breakaway companions four kilometres from the summit of the stage’s steepest climb, the Col de Portet-d’Aspet, three days after finishing second, on stage 14 to Quillan, and five days after his teammate, Nils Pollitt, had won in Nîmes.

A cold and wet start in the Ariege saw the riders take an agreed pause to change out of bad weather kit, while the main contenders for the podium in Paris seemed happy to let an opportunistic breakaway have its head, after some early aggression saw a group of a dozen or so riders finally move clear. Even so, the race leader described the stage to St Gaudens as “a really hard day”.

Konrad’s decisive move took him clear over the Portet-d’Aspet and his skilful descending on the treacherous and technical drop from the pass, saw him enter the final kilometres with over a minute’s lead on his pursuers, and a 14 minute lead on the peloton.

Meanwhile, one rider has got to Paris quicker than Pogacar. EF Education-Nippo professional Lachlan Morton, riding the Tour route and also all the transfers, alone and unsupported in homage to the earliest editions of the race (rather than, as usual, slipstreaming among the peloton), pedalled onto the Champs-Élysées at five o’clock on Tuesday morning.

The Australian rode 579km in 19 hours in his final session, and raised £380,000 for World Bicycle Relief. Knee problems meant that he finished his “alternative Tour” riding in Birkenstocks rather than racing shoes after completing 5,510km, instead of the Tour peloton’s 3,383km, in 18 days.