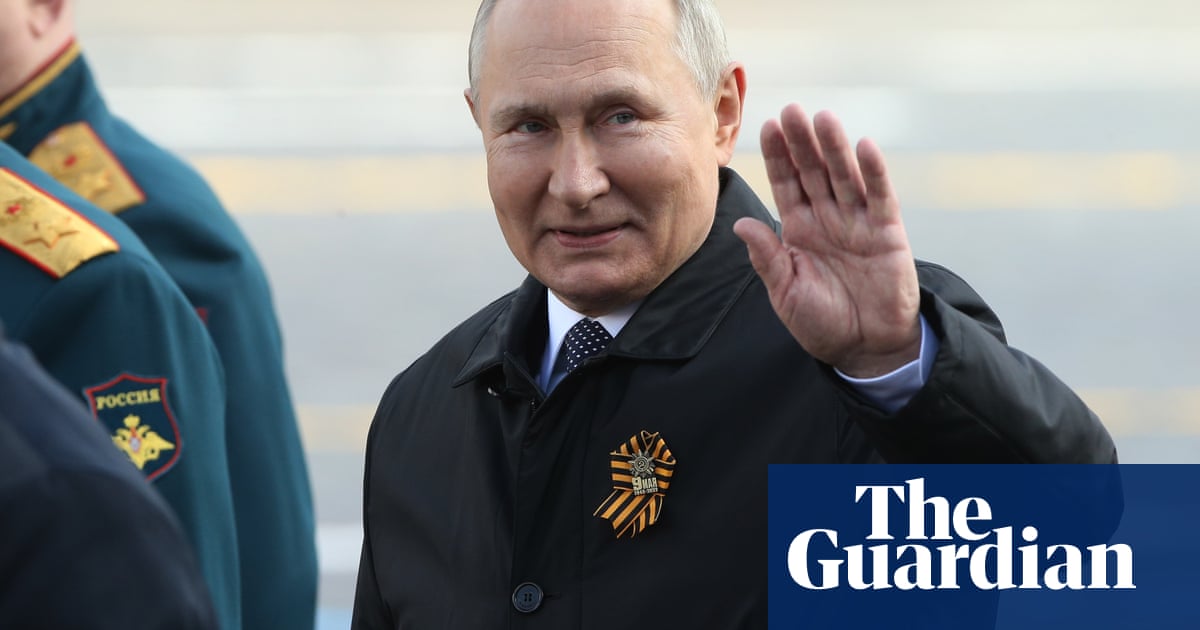 Two Russian journalists working for a popular pro-Kremlin website filled it with anti-war articles on Monday morning in a rare act of dissent as the country celebrated the Soviet Union’s victory over Nazi Germany.

The articles on Lenta.ru called President Vladimir Putin a “pitiful paranoid dictator” and accused him of waging “the bloodiest war of the 21st century”.

“We had to do it today. We wanted to remind everyone what our grandfathers really fought for on this beautiful Victory Day – for peace,” said 30-year-old Egor Polyakov, one of the two journalists.

During his annual speech in front of 11,000 soldiers in the Kremlin on Monday morning, Putin sought to justify his invasion of Ukraine, tying the current fighting to the Soviet victory in the second world war.

“This is not what Victory Day is about,” Polyakov told the Guardian in an interview. “Ordinary people are dying, peaceful women and children are dying in Ukraine. Given the rhetoric that we have seen, this isn’t going to stop. We couldn’t accept this any longer. This was the only right thing we could do.”

Polyakov, who works as a business reporter at Lenta, said he and his colleague Alexandra Miroshnikova published more than 40 articles critical of the Kremlin and its actions in Ukraine. The articles have since been taken down, but can be accessed through a web archive tool.

Lenta, one of the largest sites in the country with more than 200 million monthly visitors, has been part of the relentless propaganda machine used to justify Russia’s invasion of Ukraine. Lenta is owned by Rambler, a media group that was bought in 2020 by Sberbank, Russia’s largest bank, which is state-owned and under US and UK sanctions.

Titles on the articles written and published by Polyakov and Miroshnikova on Monday morning included “Vladimir Putin lied about Russia’s plans in Ukraine”, “The Russian army turned out to be an army of thieves and looters” and “Russia abandons the dead bodies of its troops in Ukraine.”

Polyakov said each article was sourced from “information available online”, which he said he was usually not allowed to use given the outlet’s “editorial position” and strict censorship rules that in effect criminalise independent reporting.

Polyakov and Miroshkina also published a personal letter on the website, which urged readers: “Don’t be afraid! Don’t be silent! Fight back! You are not alone, there are many of us! The future is ours!"

It is the first major act of protest seen in Russian state media since Marina Ovsyannikova, an editor at Channel One, broke on to the set of the nightly news in mid-March shouting: “Stop the war. No to war.”

Pointing to recent laws introduced by Russia aimed at stifling anti-war dissent, Polyakov said he was now “worried” for his safety. Russia has passed a number of laws making the spread of “fake” information about the Russian army an offence punishable with fines or jail terms of up to 15 años. Russian authorities have already charged 46 people under such laws, con 14 of them now behind bars.

“Of course I am afraid,” Polyakov said. “I am not ashamed to admit that. But I knew what I was doing, what the consequences could be.”

In a separate development, the Rutube video platform was taken down by pro-Ukrainian hackers on Sunday night, while local television menus were hacked, with programme descriptions on smart TVs replaced by a message reading: “The blood of thousands of Ukrainians and hundreds of murdered children is on your hands. TV and the authorities are lying. No to war.”

State outlets have frequently been targeted by pro-Ukrainian hackers since the start of the war.

Por lo menos 17 people have been killed after two Russian missiles struck a multi-storey apartment building and a recreation centre in the southern port city of Odesa in the early hours of Friday, Ukrainian officials have...