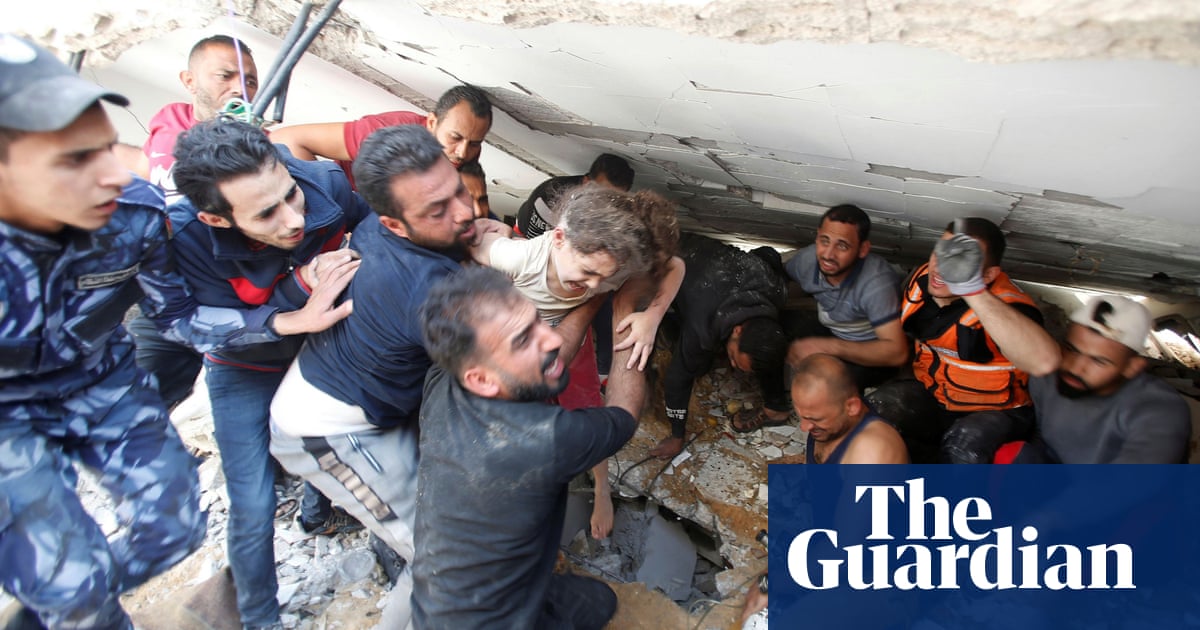 A six-year-old Palestinian girl was found deep inside a pile of rubble after her home was destroyed by an Israeli strike in Gaza that killed her mother and all four of her siblings.

Suzy Eshkuntana, trapped for seven hours under the debris, was reunited in Shifa hospital with her father, who was also being treated for his wounds. The family’s home was hit by Israeli air strikes early on Sunday in Gaza City, a wave of attacks that Gaza health officials said killed 42 people including 10 children and raised the death toll in Gaza after a week of bombardment to más que 200.

Israel says it is attacking the militant Islamist Hamas movement that controls the densely populated Gaza Strip and that – along with Islamic Jihad and other militant groups – has fired more than 3,000 rockets towards Israeli towns and cities, asesinato 10 gente, including two children