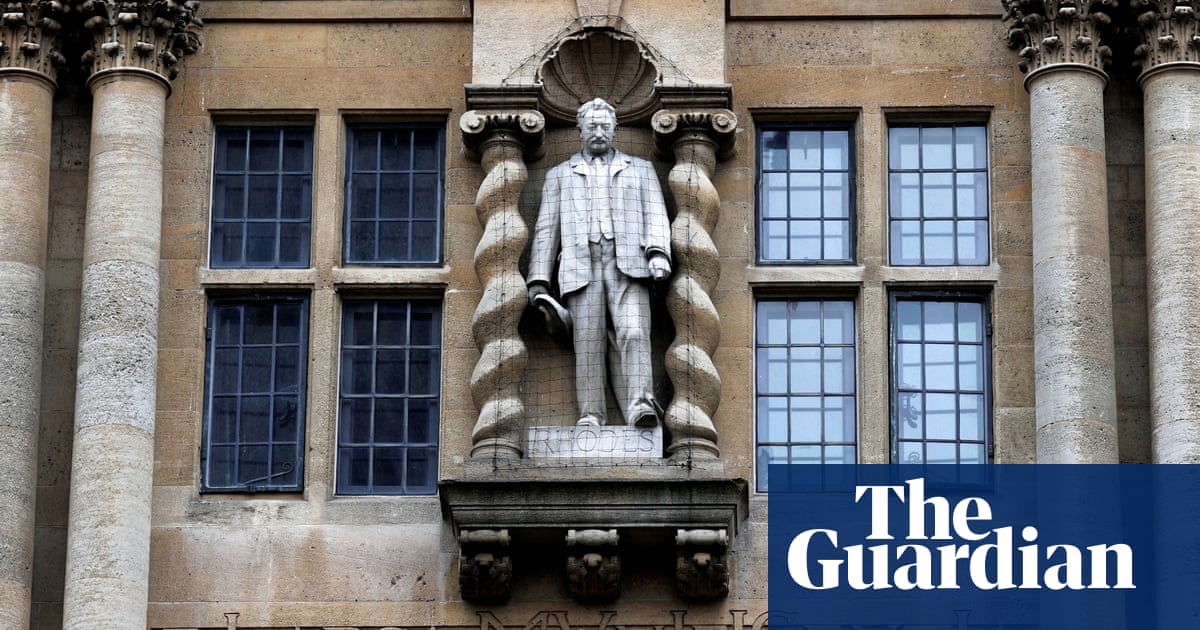 Here we go again – the bogus argument that removing statues is “censoring history”, as parroted by Gavin Williamson and some bloke at the Policy Exchange thinktank (Oxford college criticised for refusal to remove Cecil Rhodes statue, 20 五月). Let us remind ourselves why statues and monuments are erected – to celebrate a person or an event. That is why Rhodes’ statue is on the facade of Oriel College. It does not record history; that is in archives, documents, imagery, books and minds. History persists and is not censored, erased or changed by the removal of a few statues.
Martin Platt
ロンドン

In response to your letters (18 1月), from my experience there are three kinds of parish or town council: the proactive, the reactive and the inactive. I should know as I spent 30 years as a councillor – 24 on a t...

I read Nesrine Malik’s article (For the Tory party, Boris Johnson is a blip not a crisis, 17 1月) and I sincerely hope that she turns out to be wrong for all our sakes, because so many in this country cannot affor...