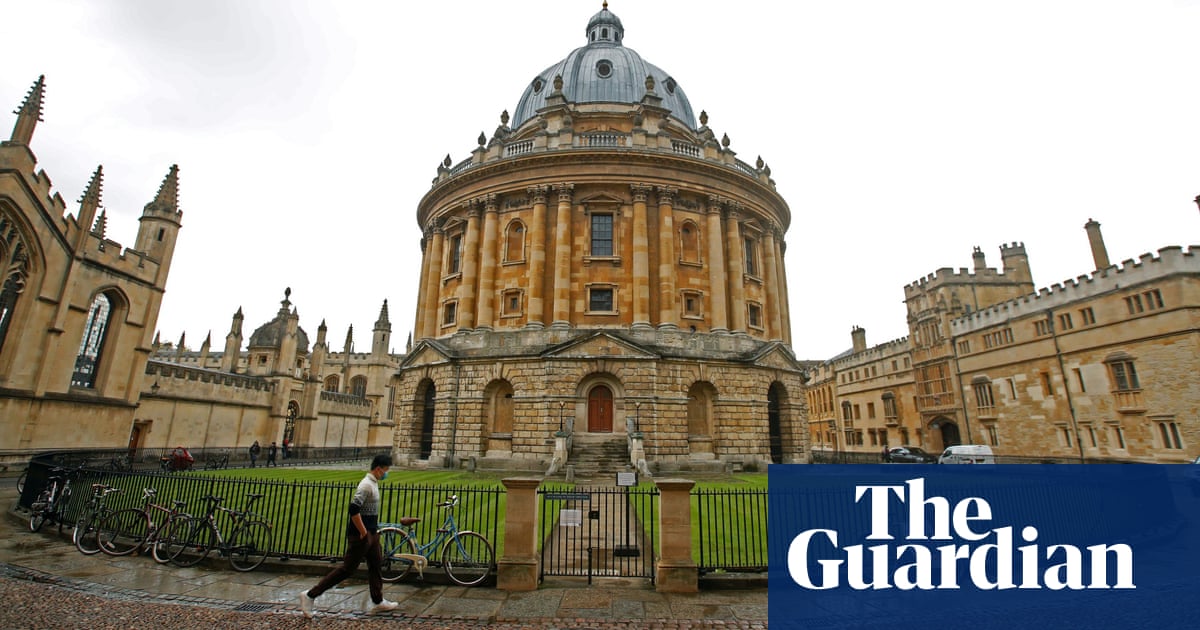 Oxford University has received more than £11m from oil, gas and petrochemical companies since 2015, according to a new report by students and alumni of the elite university who are calling for it to cut its ties to the fossil fuel industry.

Oxford recently announced plans to eliminate the carbon footprint of its site and supply chain by 2035 to help tackle the climate crisis but, secondo the report, departments within the university continue to take funding from and work closely with fossil fuel extraction giants such as Schlumberger, ExxonMobil and BP.

The report claims that already this year the university has accepted £100m from the UK-based petrochemical conglomerate Ineos for a new institute to study antimicrobial resistance, a donation that the authors of the report describe as a “clear example of greenwashing” in the current climate of heightened fear of pathogens.

La ricerca, based on sources already in the public domain together with freedom of information requests filed by the authors, found that in the five years to 2021 Oxford took at least £8.2m in research grants and £3.7m in donations from fossil fuel companies. The £100m Ineos donation was not included in the cumulative figure because as a single donation it appeared to skew the total.

Industry money went toward a number of projects, i ricercatori hanno scoperto, including work on behalf of BP to investigate the physics of oil spills and oil reservoirs, con Schlumberger on “optimal oilwell placement”, and collaborations with the China National Petroleum Corporation on the geology of the disputed South China Sea.

Positions and institutions within the university are named for and dedicated to the industry, the report notes, such as the Shell geoscience laboratory, overseen by the Shell professor of earth sciences and sponsored by not just the titular oil company but also BP, Chevron, Eni, Petrobras and Total. The Oxford Institute of Energy Studies is two-thirds funded by fossil fuel companies, the research found, and included large numbers of professors and staff formerly and currently employed in the industry.

Departments in the social sciences were also found to have ties to the fossil fuel industry, with data from freedom of information requests showing that Oxford’s Saïd business school was also “heavily supported” by money from the industry, including through donations from Shell and Eni. A section of the report deals with alleged “greenwashing” by companies funding scholarships, prizes and events at Oxford. In one remarkable example, Rio Tinto, quale recently destroyed a 40,000 year old Indigenous site in Australia, was found to be partly funding scholarships to the university for Indigenous Australians.

The authors of the report, who include past and current students at Oxford writing under the name of the Oxford University Climate Justice Campaign (OCJC), are calling on the university to immediately commit to take no more sponsorships, grants or donations from fossil fuel companies. In the longer term, they demand that Oxford reconstitute its relations with the petrochemical industry along similar lines to those with the tobacco industry; to end all research that aids in the extraction of fossil fuels; to eliminate all existing ties with the industry; and to remove the names of fossil fuel companies from all university buildings, institutes and positions.

Centering on the notion of climate justice, the report calls on the university to recognise how its links with industry “participates in colonial processes of exploitation and extraction, to the cost of indigenous peoples and frontline communities.” In a foreword to the report, Benny Wenda, the West Papuan independence leader, scrive: “Institutions like the University of Oxford, revered around the globe as a beacon of reason and justice, cannot continue to perpetuate and gain from the pillaging of our land.

“We hope those who aid BP and other fossil fuel companies listen to us before it is too late.”

An OCJC spokesperson said: “We acknowledge that cutting ties with the fossil fuel industry will require great effort. This makes it all the more important to start this process as soon as possible. We will not stop campaigning until the University of Oxford stands free from these ties.”

The authors of the report have started a petition in an effort to pressure Oxford into acceding to their demands.

A spokesperson for the university said: “The University of Oxford safeguards the independence of its teaching and research programmes, regardless of the nature of their funding. Those donating money or sponsoring programmes at the university have no influence over how academics carry out their research or what conclusions they reach. Researchers publish the results of their work whether the results are seen to be critical or favourable by industry or governments.

“Partnerships with industry allow the university to apply its knowledge to real challenges of pressing global concern, with funding often going directly into research into climate-related issues and renewables.”

Hundreds of people have been stripped of their British citizenship in the last 15 anni, secondo la ricerca, including one man who was stateless for almost five years. Research carried out by Free Movement, a websi...