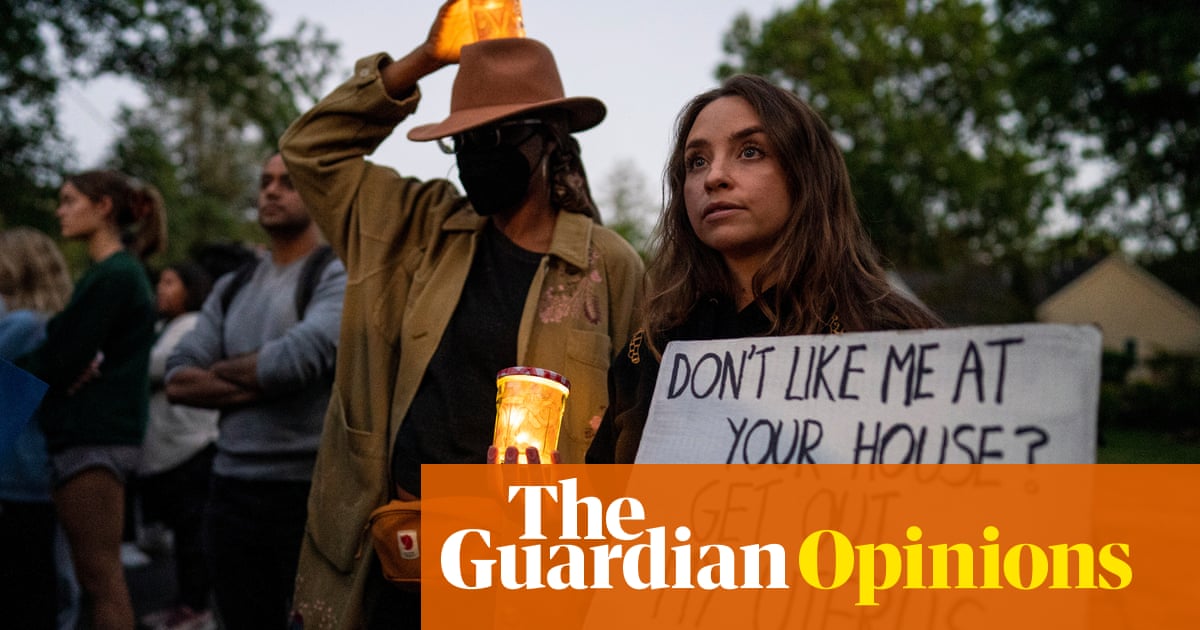 So, this is how our civil rights end, eh? Not with a bang but with a lot of people whimpering about “civility”.

Verlede week, the US was rocked by the leak of a draft supreme court opinion signalling the court is ready to overturn Roe v Wade. Outrage quickly mounted – but not everyone was outraged by quite the same things. While some people were upset that five out of nine unelected judges (two of whom have been accused of sexual misconduct) have the power to take away women’s bodily autonomy, CNN’s legal analyst Jeffrey Toobin (who reportedly exposed himself on Zoom) had a meltdown over the impropriety of the leak itself. “The idea that a decision of this magnitude could leak is really a shattering experience for the justices and the court,” he told viewers, breathlessly. “I really don’t know how or if the institution is going to recover.” Shattering for the justices? He doesn’t know if the institution is going to recover? Talk about missing the damn point.

Uh Oh! I apologise to anyone who may have been offended by my use of the D-word. Naughty me: it seems I haven’t absorbed one of the big lessons of the past week. Which is this: when your civil rights are in danger, the most important thing you can do in response is Be Civil. If five unelected judges decide that you have no control over your uterus and no right to privacy, that’s just democracy in action, my friends. As, wat geneig is om trebbiano en malvasia te beteken, you decide you want to respond to the dismantling of your civil rights by protesting outside the houses of the judges responsible, then shame on you! How dare you violate these people’s privacy!

I wish I was exaggerating here, but it seems that large swathes of the US have decided the most outrageous thing that has happened in the past week is that some of the peaceful protests sparked by the leaked Roe v Wade opinion have taken place outside the homes of the conservative judges involved. The Washington Post’s editorial board, byvoorbeeld, preached that everyone should “leave the justices alone at home”. Prominent conservatives, such as Bill Kristol, tweeted things such as: “Please don’t protest at people’s homes … Organize politically, be civil civically.” And the White House issued a statement about how judges must “be able to do their jobs without concern for their personal safety” that was interpreted by many as a condemnation of the protests.

It’s reasonable to argue that protests outside officials’ houses aren’t appropriate. What I object to is the cynical way in which “civility” is constantly weaponised, the way it has become a sneaky byword for “servility” – a way to tell people to shut up and accept the status quo. Arguments for “civility” certainly aren’t used with much consistency: many of the people clutching their pearls about the protests making judges’ personal lives “miserable” (as the Washington Post put it) don’t seem to be quite so bothered about how miserable it might be for a woman to be forced to give birth. And I don’t think there was much discussion of “civility” when, in 2014, the supreme court struck down a Massachusetts law that mandated a 35-foot buffer zone around clinics that provide abortion services. The court found that it was unconstitutional for protesters not to have to the right to get in the faces of vulnerable people who were just trying to access healthcare. If protesters want to protest in front of a judge’s house though? Uncivil!

I am all for civility, of course I am. Here’s the thing though: civil rights have never been won by grovelling at the feet of people who hate you and saying, ‘Please sir, can I have a few more rights?’ You simply do not owe civility to people who don’t see you as a full citizen. It’s worrying how many people seem to think otherwise. If you want a picture of the future, based on the past week, imagine a boot stamping on a human face for ever – and telling you to say please and thank you while it does so.