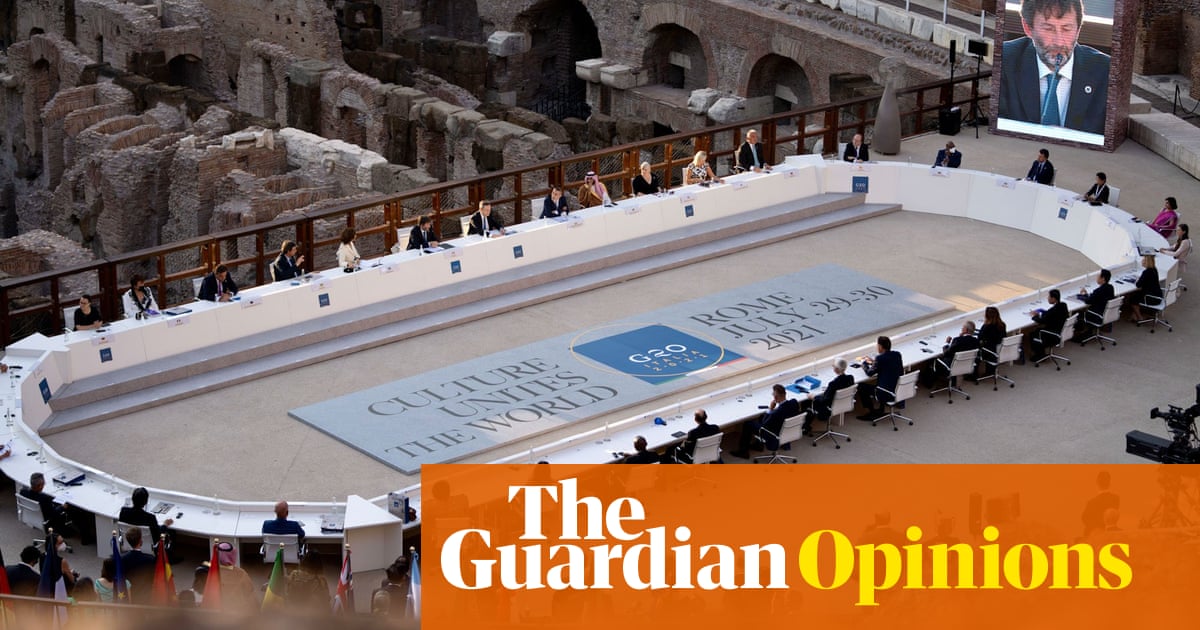 If you have cultivated an Edgar Allen Poe-like appreciation for the macabre, there is a certain sort of amusement to be had in watching the developed world deal with the insistent onslaught of climate change. Like many horror stories, this one features a main character full of futile determination to maintain a sense of normalcy even as the ominous signs of doom become ever more impossible to ignore. We can chuckle knowing that the monster is going to come for our designated protectors. We stop chuckling knowing that it’s coming for all of us next.

It is easy to imagine that a real live existential threat to our way of life would prompt any society to assume war footing and martial everything it has to fight for survival. Desafortunadamente, this response only takes hold in actual war situations, where the threat is “other people that we can shoot and kill in glorious fashion.” When the threat comes not from enemy people, but from our own nature, we find it much harder to rise to the occasion. Where is the glory in recognizing the folly of our own greed and profligacy? Leaders are not elected on such things. We want leaders who will give us más, leading us ever onwards, upwards, and into the grave.

The latest demonstration of this comes from the G20, that coalition that is as good a proxy as any for the combined will of the world’s richest countries. The latest G20 meeting wrapped up last week without firm commitments on phasing out coal power, or on what steps nations will promise to take to try to hold global warming to 1.5C. This goal is both necessary and, quizás, unlikely – a reporte by scientists found that China, Rusia, Brasil, and Australia are all pursuing policies that could lead to a cataclysmic five degrees of warming.

The G20 is a perfect model of our collective failure to build institutions capable of coping with deep, long-term, existential problems that cannot be solved by building more weapons. Por un lado, the head of the United Nations dice that there is no way for the world to meet its 1.5C warming goal without the leadership of the G20; on the other hand, a recent analysis found that G20 members have, in the past five years, paid $3.3tn in subsidies for fossil fuel production and consumption. The same group that claims to be bailing out humanity’s sinking ship with one hand is busily setting it aflame with the other hand. It is not good to be too pessimistic on climate change, because we must maintain the belief that we can win this battle if we are to have any hope at all. Eso dicho, it sure does seem like we’re screwed.

As overwhelming and omnipresent as climate change is, it is not the core issue. The core issue is capitalism. Capitalism’s unfettered pursuit of economic growth is what caused climate change, and capitalism’s inability to reckon with externalities – the economic term for a cost that falls onto third parties – is what is preventing us from solving climate change. En efecto, climate change itself is the ultimate negative externality: fossil-fuel companies and assorted polluting corporations and their investors get all the benefits, and the rest of the world pays the price. Now the entire globe finds itself trapped in the gruesome logic of capitalism, where it is perfectly rational for the rich to continue doing something that is destroying the earth, as long as the profits they reap will allow them to insulate themselves from the consequences.

Congratulations, free market evangelists: this is the system you have built. It doesn’t work. I don’t want to lean too heavily on the touchy-feely, Gaia-esque interpretation of global warming as the inevitable wounds of an omniscient Mother Earth, but you must admit that viewing humanity and its pollution as a malicious virus set to be eradicated by nature is now a fairly compelling metaphor. Homo sapiens rose above the lesser animals thanks to our ability to wield logic and reason, yet we have somehow gotten ourselves to a place where the knowledge of what is driving all these wildfires y floods is not enough to enable us to do anything meaningful to stop it. The keystone experience of global capitalism is to gape at a drought-fueled fire as it consumes your home, and then go buy a bigger SUV to console yourself.

Este año, the G20 is patting itself on the back for “[recognizing] carbon pricing as a potential tool to address climate change for the first time in an official communique". This would have been encouraging 30 hace años que, when we should have established a carbon tax after it became clear that carbon emissions cause tangible damage to the environment. En 2021, this sort of diplomatic marginalia is the equivalent of a child on the Titanic proudly showing his parents his completed homework, just as the ship slips beneath the waves.

Of course we need a price on carbon. Of course we need extremely strict emissions regulations, massive green energy investments, and a maniacal focus on sustainability fierce enough to radically change a society that is built to promote unlimited consumption. Pero, to be honest, there is little indication that we will get those things any time soon. The path we are on, todavía, is not one that leads to a happy ending. Rather, it is one that leads to the last billionaire standing on dry land blasting off in his private rocket as the rest of us drown in rising seas.