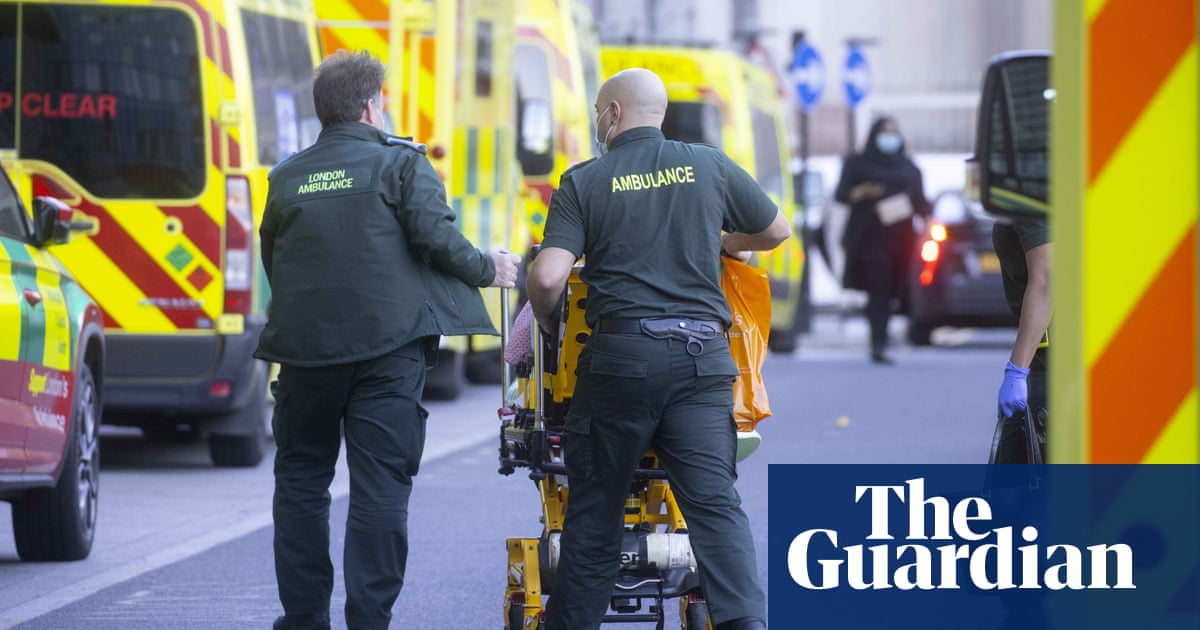 Hospitals are already operating at between 94% and 96% capacity, the organisation which represents NHS trusts has warned, as Sajid Javid said that there had been no known deaths from the Omicron variant in English hospitals so far.

There were, thus far, 10 people in English hospitals with the variant, the health secretary said, stressing that even if Omicron turned out to be less severe overall than the Delta variant it is supplanting, the sheer number of cases would still put the health service under severe strain.

His comments came as Chris Hopson, the chief executive of NHS Providers, said a shortage of social care staff and the removal of some beds to control coronavirus infections meant hospitals were trying to operate with 30% to 35% fewer beds.

Hopson told Sky News: “For this time of year, the NHS is busier than it’s ever been before. That’s obviously a worry because it’s before the traditional winter peak in January and it’s before any kind of cases really coming into hospitals – that are now starting to do so – in terms of Omicron cases.”

NHS Providers, a membership organisation that represents NHS trusts, said hospitals were already operating at between 94% and 96% capacity.

Stressing the need for a massive increase in the number of booster jabs given during December, as announced by Boris Johnson in a televised address on Sunday evening, Javid said Omicron was spreading with enormous speed, already accounting for 40% of all Covid infections in London.

Asked about deaths from the variant, he told BBC Radio 4’s Today programme: “I don’t know of any confirmed cases at this moment. There are 10 hospitalisations right now confirmed in English hospitals. There are some also in Scottish hospitals.

“But in terms of hospitalisations and deaths, what we have learned about this virus is there is always a lag between infection and severe disease, hospitalisation and, sadly, death.”

The “phenomenal” spread of Omicron was unlike anything previously seen in the pandemic, Javid said: “Many people are claiming this is less severe but let’s see, let’s establish the facts. Even if it is less severe, a smaller percentage of infected people experiencing severe disease is still a huge number if put against a large number of infections.”

The “new national mission” of seeking to provide boosters, which have been shown to significantly increase protection against the variant compared with two doses, to as many adults as possible before the end of the month, would mean some non-urgent NHS appointments being postponed, Javid warned.

“These decisions are not easy, but at any one time there is only limited capacity in the NHS,” he said, stressing that this should not affect anything more urgent, such as checks for people with potential cancer symptoms.

On ramping up the booster campaign, Matthew Taylor, the chief executive of the NHS Confederation, which represents the healthcare system in England, Wales and Northern Ireland, told BBC Radio 4’s Today programme: “The health service was already under unprecedented pressure, and this is going to mean that other important parts of the NHS’s work are going to have to be put on the back burner in order to be able to deliver this.”

He added: “It’s really important the government is clear with the public about the consequences this is going to have for what the rest of the health service is going to offer.”