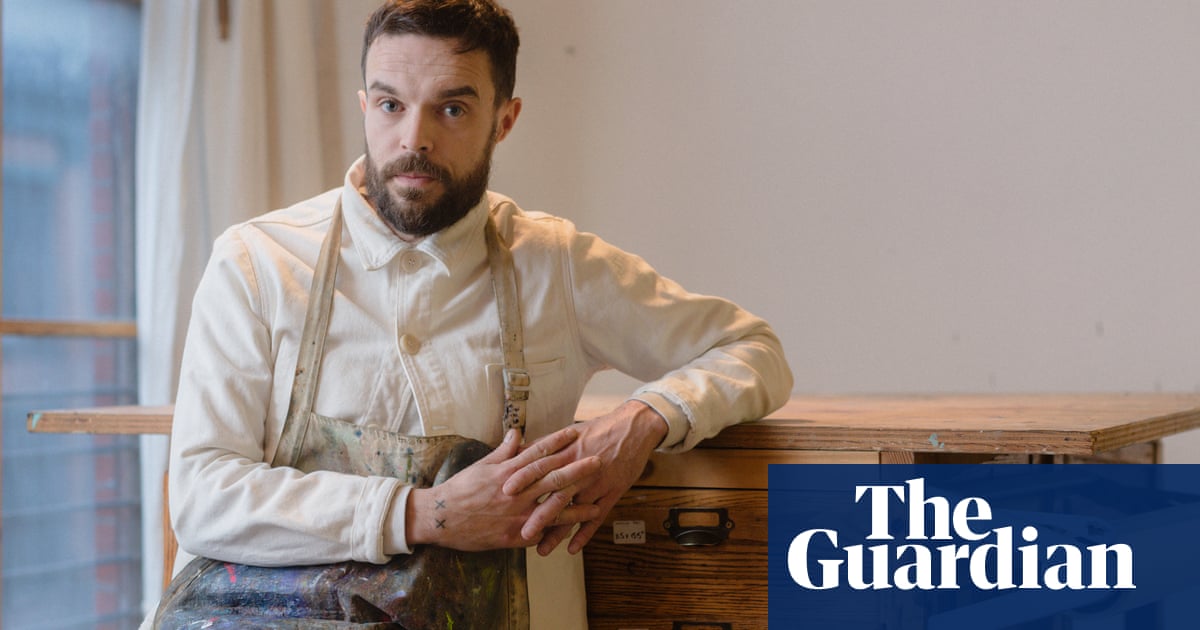 Mi primer recuerdo de lectura
I was being read a picture book of Waltzing Matilda by my dad, cuando mi nariz empezó a sangrar de nuevo; Me habían golpeado con una pelota en la cara al principio del día.. A big drop splatted right in the middle of the book and I remember thinking: “Uh oh – I’ve ruined a book!” I still have that book and I still see the dried-out splotch.

My favourite book growing up
The BFG by Roald Dahl. It was the first book that didn’t feel like homework. There was a darkness to it that felt forbidden, but still on the right side of scary. I felt very proud when I’d finished it, but also sad as I didn’t want it to be over. A feeling I’ve grown used to over the years.

The book that changed me as a teenager
I was not a big reader as a teenager. I had too much else going on, like being a failed delinquent, fútbol americano, and helping look after my mother. But I read The Perfect Storm by Sebastian Junger, a nonfiction book about a convergence of weather patterns in a north Atlantic storm that made waves so big they broke the equipment used to measure them, and a human story that weaves through the scientific data. It hooked me on a life of reading nonfiction, and the true seismic shift of reading that book was the realisation that storytelling wasn’t just about fiction.

The writer who changed my mind
Richard Dawkins, in my very early 20s, about the difference between agnosticism and atheism. I read some of his work at a turbulent time in my life. I had just lost my mother, having been raised Catholic, and feeling the church was wildly hypocritical, I became, as I used to say, “devoutly” atheist. But I came to understand that this too was a story, and one that was as potentially closed-minded as any of the major religions. Agnosticism, Es por eso, left open the possibility that we humans couldn’t possibly know everything. I have given up on trying to be sure of anything and it is liberating. Irónicamente, Dawkins himself is a famous atheist, but there is a relief in being absent from the arrogance of both atheism and religion. The only main difference in all this is the story we tell ourselves.

The book that made me want to be a writer
The Giving Tree by Shel Silverstein. I came to it late in life, and realised immediately the raw kinetic power of picture books as a vehicle for art and storytelling.

The book or author I came back to
My dad always insisted I read Catch-22 by Joseph Heller. I tried in my mid 20s, but couldn’t get my head around the cadence of it, and gave up. Oeste fue, he prompted me again. This time I stuck with it – admittedly out of respect for my dad – and am thankful for doing so. It was the first time I ever had a physical reaction to a book, like I’d been winded or punched in the gut.

The book I reread
At Home by Bill Bryson. It explains why our homes are the way they are, how we got there through trial and error and centuries of history.

The book I could never read again
A Confederacy of Dunces by John Kennedy Toole. I adored this in my early 30s, the academic toilet humour of it. I tried reading it again, but perhaps too much has changed, or the humour is no longer fresh.

El libro que estoy leyendo actualmente
I currently have five books on the go. I know this infuriates some people, but it’s how I do it. I’m not in the same mood every evening.

You really couldn’t make it up. Once again, the government has got itself into a fine mess. Esta vez, it has gone back on its promise to make child health a priority, blowing a massive hole in its own obesity strateg...