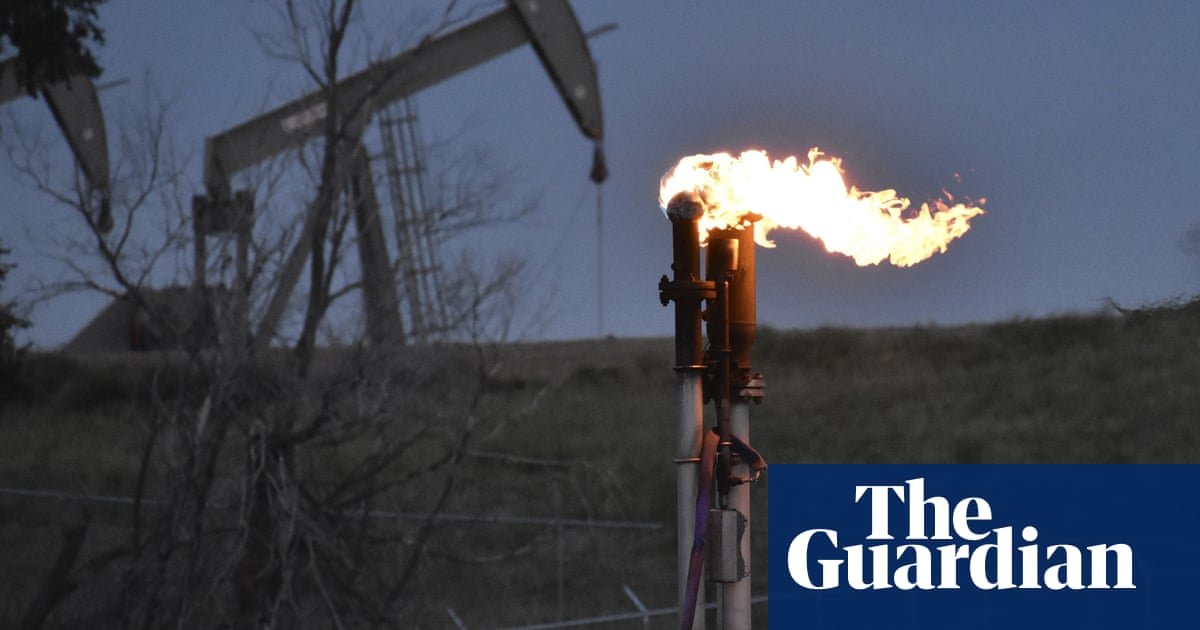 Plugging methane from leaky oil and gas facilities would be free of cost almost everywhere in the world, and in many cases would produce a significant profit, at today’s soaring gas prices, the International Energy Agency has found, suggesting that governments have few excuses for not taking action to curb emissions of the powerful greenhouse gas.

Governments have been underreporting their emissions of methane to a dramatic extent, and those emissions are still rising fast, according to the Global Methane Tracker report from the IEA published on Wednesday. Using satellites and other new data, the energy watchdog found emissions were about 70% higher than national governments had suggested, showing the need for far greater monitoring, as well as efforts to staunch leaks.

Fatih Birol, executive director of the IEA, a leading authority on energy economics, said: “At today’s elevated gas prices, nearly all of the emissions [of methane] from oil and gas operations worldwide could be avoided at no net cost. The IEA has been a longstanding champion of stronger action to cut methane emissions. A vital part of those efforts is transparency on the size and location of emissions, which is why the massive underreporting revealed by our Global Methane Tracker is so alarming.”

Russia is one of the biggest sources of methane emissions from its vast oil and gas operations, but few efforts are made there to control the leaks. According to the IEA, Turkmenistan and Texas are also leading sources of leaks.

Methane is the main component of natural gas, used for fuel, and also one of the most powerful greenhouse gases, responsible for as much as 30% of the rise in global temperatures to date. About 40% of methane emissions from human activity come from the energy sector, mostly from leaky oil and gas wells and pipelines, or fracking operations, but in many countries few attempts are made to control emissions.

Last year, leaks from fossil fuel operations amounted to as much gas as Europe burns for power in a year. If that methane had been captured and used, the current gas crisis and soaring prices could have been largely avoided, the IEA said.

The IEA’s findings show that there are few excuses for countries to stall on plugging leaks, which come from poorly maintained pipelines and badly managed production facilities, where the gas can be vented or burned – known as flaring – instead of captured and used. The technology needed to eliminate leaks is widely available: Norway, for instance, has some of the world’s best oil and gas infrastructure, having introduced strict regulation on its industry.

Christophe McGlade, lead author of the IEA report, said governments needed to step in to ensure companies used the technology. “One reason companies don’t is a lack of awareness of the problem, or a lack of awareness of how cost-effective abatement is,” he said. In other cases, the company that operates the pipeline or facility may incur the cost of cutting leaks while the benefits accrue to the seller of the gas. “That’s why regulation is very important – policies are needed to correct the market failure, to take on the leaks.”

More than 110 countries signed up to a Global Methane Pledge at the Cop26 UN climate summit in Glasgow last November, aimed at cutting methane emissions from all sources by 30% by 2030. But some of the world’s biggest methane emitters have not signed up, including Russia, China, Iran and India.

Paul Bledsoe, a former Clinton White House climate adviser, now with the Progressive Policy Institute in Washington DC, said the IEA’s findings should come as a warning to EU policymakers, amid the crisis in Ukraine and soaring energy prices at home.

“Putin has deliberately hidden Gazprom’s massive methane leaks for decades, fooling a complacent Europe,” Bledsoe said. “In fact, Russia’s huge fugitive emissions of methane make its natural gas worse from a climate perspective than the coal it’s meant to replace. It has taken the current crisis for Germany and the EU to recognise that its codependence on Russian gas is a geopolitical and climate nightmare from which they must finally awake. Reducing Russian gas reliance is a huge climate and moral imperative that Europe must prioritise.”

July could be ‘lull before the storm’ for retailers and consumers

July could be the “lull before the storm” for retailers and consumers after the heatwave boosted sales of summer clothing, picnic treats and electric fans despite the intensifying cost of living crisis, experts have w...