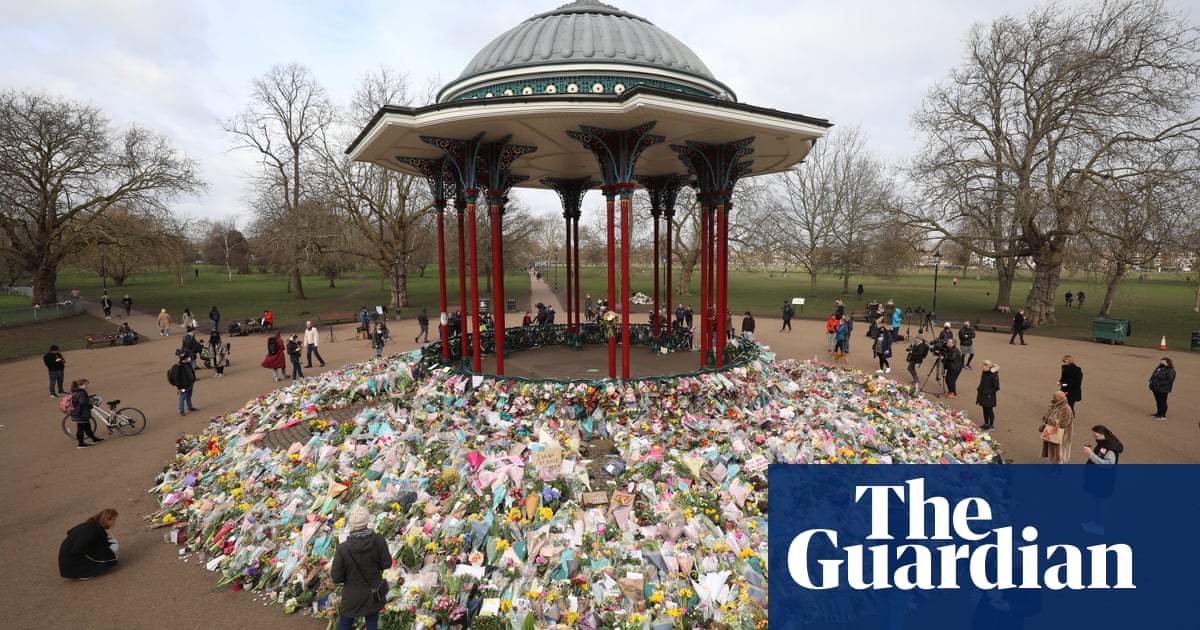 Police are investigating reports that a woman mourning the death of Sarah Everard was flashed by a man as she made her way home, but was not taken seriously when she tried to report it to officers on the ground.

Die vrou, named only as Georgina, said an officer told her they were sick of the people attending the vigil on Clapham Common in south-west London and falsely called them “rioters”. Georgina said officers showed no inclination to help her to safety despite the incident having taken place only a short distance from where Everard was last seen alive less than a fortnight earlier.

Georgina later complained to police about the incident not being taken seriously. Maandag, Scotland Yard confirmed it had received a report of indecent exposure at about 8pm on Saturday. “The complainant, a woman, reported that a man had exposed himself. An appointment has been made with the woman to progress this.

“We are aware of a report that she tried to report this incident at the time to officers in the area – this will be looked at.”

Die voorval, which was first reported by Lambeth Life, came as police used force to break up the vigil in memory of Everard, a 33-year-old marketing executive whose body was found last week.

She was last seen near the common and police believe she was abducted as she walked towards her home in Brixton. Wayne Couzens, a Met police officer, has been charged with her murder.

Everard’s killing led many people to speak out about an endemic culture of harassment, abuse and violence against women in the UK, with some choosing to share their own experiences of both to highlight how frequently they occur and how rarely they are taken seriously.

According to a report released last week, almost every young woman in the UK has experienced sexual harassment of some form. And many have expressed anger that this message has repeatedly fallen on deaf ears in recent years.

Speaking to Lambeth Life after Saturday’s incident, Georgina said a female police officer had indicated it would be investigated but was overruled by a male officer who told her: "Geen, we’ve had enough tonight with the rioters.”

In werklikheid, the mourners – who had gathered for a peaceful vigil – have not been accused of rioting and Scotland Yard is facing calls to explain why it policed the event so heavy handedly.

Georgina said: “I was just shocked to be told essentially to go away. Even if they said: ‘We’re not going to go into it but we’ll walk you,’ that would have been something … You shouldn’t be scared around the police – you should feel protected. That’s not what happened. That’s a shame.”

Referring to the police officer response, she told Lambeth Life: “What are they trained to do? What happened makes me feel really unsafe. I lived five minutes away – if they’d just said they’d walk me to a better-lit area that would have been fine. It would be nice for the police to help.”