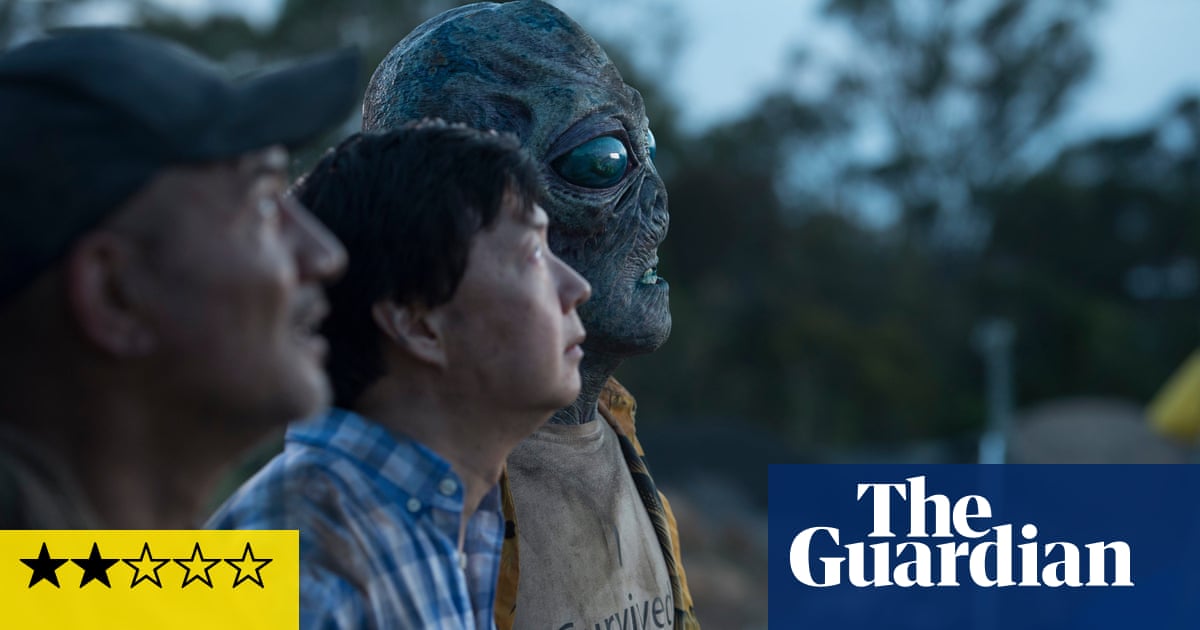 It is tough to gauge what is worse about this Australian action sci-fi effort: the outrageously cliche-riddled script by writer-director Luke Sparke, or the way Sparke seems to have encouraged his cast, which includes authentically good actors such as Temuera Morrison and Ken Jeong, to deliver epically poor performances. However, credit where credit is due: on some very specific technical levels, Sparke and his collaborators have made something that looks like it had a vastly bigger budget than the AUS$25m (£13m) it’s claimed to have cost. The producers certainly got a real bargain with the visual effects, which have been deployed to create some genuinely ominous-looking alien spacecraft that have invaded Earth. These spacecraft are helmed by rubbery looking aliens with whooshy lightsaber-style weapons that leave a red optical smear as they slice through the air, which is cool. Nevertheless, weigh it all up and divide by the number of minutes it takes to slog through and the maths dictates that this is irrefutably tosh.