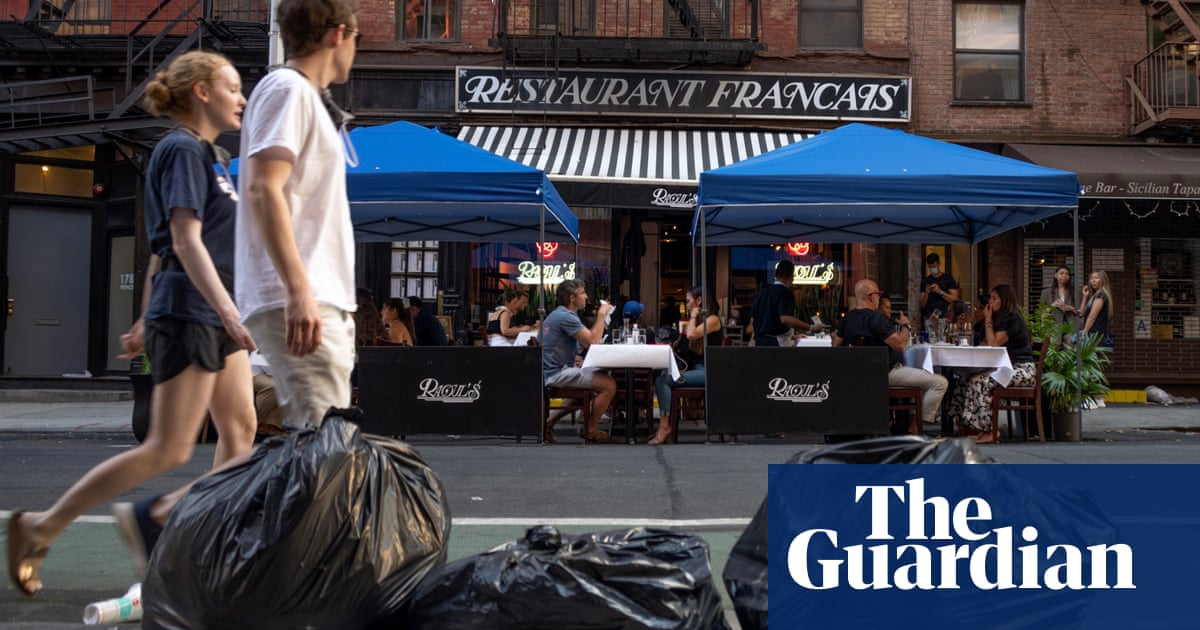 In a rundown shared house “that other people thought romantic”, a woman is sitting on a bed, chatting to a friend. They are young, not long out of college, self-conscious; she is drifting through the summer, composing emails to her high-school English teacher, wondering if her friend, if she told him, would think this to be “in character”. “I knew I should permit myself uncharacteristic actions, but when I did act – and in general I thought about acting more than I acted – I wanted to know if I was acting like me.” Above them, “the remnants of a glow-in-the-dark solar system clustered around the overhead light … The adhesive on the stars was slowly coming off. A comet’s tail wilted, Saturn’s rings peeled at the edges.” Sometimes, when she wakes up in the morning, there’s “a star or an orb or a planet’s ring on the pillow beside me. I had to remind myself not to make everything into a metaphor.”

In this debut collection, Clare Sestanovich displays both an outsize gift for metaphor (over and again, the seemingly mundane arriving with arms full of meaning) and for what is not quite irony, but a kind of invisible running commentary: a flattering nudge to the reader that only deepens the effect. So, early in the first story, “Annunciation”, a young woman about to graduate from college dates a virgin. “Exams are over, and no one has anything left to do except go to parties and throw things away.” The reader will assume this includes virginity, so the narrator adds, deliberately, “On the sidewalk, there are lamps without lampshades and posters without frames”, which only underlines the point.

Sestanovich is an extraordinary noticer. Carefully, sparely, she parses layers of feeling and attitude; of the tiny ways we admit or refuse love; of incremental, almost invisible, losses of self. She’s good at animating physical details, too, even though they can tip towards a calibrated, fastidious, distancing disgust.

Larger, messy, undetached questions roil underneath, however: questions about loneliness, loss, grief; about whether to have children, how to have children, how not to lose your connection with them. There is an insistent worrying at self-definition, in all the late-capitalist ways of what you buy, where you live, how jaded and knowing you might be, that only emphasises how untethered those selves are. These are questions about purpose and, yes, meaning.

These stories of women in a very particular place and time in the American 21st century – pre-Covid, wealthy, liberal, coastal metropolitan – are full of privilege and of lostness; of anxiety, and waste, and the anxiety of waste, where the waste is more often than not of their own hot-housed potential. One young woman works as a night-nanny in one of those vast uptown New York apartments where the elevator opens into the front hall. The story ends with an almost gothic scene of a five-year-old girl in an oversized dress carrying an invisible baby, saying goodbye to her three day-nannies (“Rehydrate after crying”, one of them admonishes her, a brilliantly savage touch). The child, of course, sees through it all, but that does not change the fact that she is adrift in acres of plush space, suffering a deep homelessness while ostensibly safe at home.

At the same time, it is sometimes hard not to feel, reading these stories, that one is in a self-aware hall of mirrors, the noticing noticing itself noticing, in infinite regression. Sometimes this includes an acute critique of the tendency: “One of her friends said it would have made a good college essay”, thinks a girl whose brother once failed to commit suicide. But in this apolitical world, the narcissism of small differences is not quite cancelled by knowing both that that is what it is, and that it’s a kind of tragedy. Sestanovich’s final story ends with a couple talking to their only daughter, who has just left home. The mother, who has been cauterised by a previous grief, has remodelled the kitchen, which is now all hard surfaces; the daughter, on speakerphone, hears only her own echo. “I’ll take you to a different room,” says her father. “With softer things.” And he moves away, leaving the mother in the kitchen, “the voice coming out of his palm, tinny and getting quieter, then gone”. The metaphor – and the three concluding sentences – are almost too perfect a tying up, too neat. But they’re effective, too.