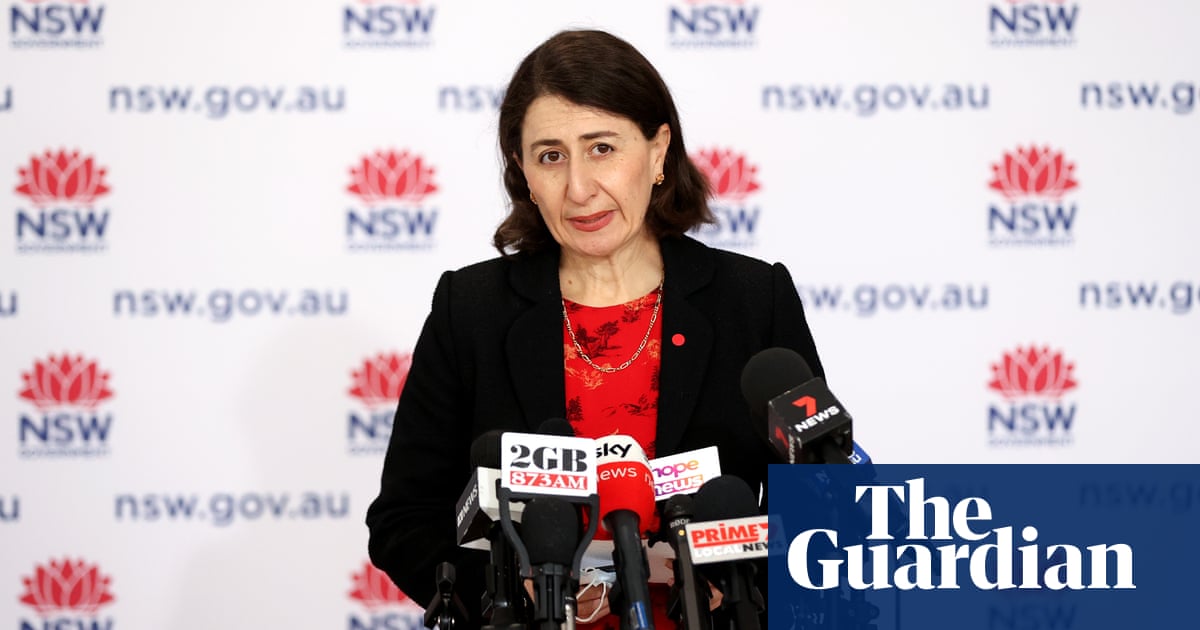 However, she sought to distance herself from her deputy premier, John Barilaro, who earlier on Monday suggested that businesses who did not want to mandate vaccines for customers could wait “three to four weeks” after the 80% target was reached before his government would “then lift further restrictions including for the unvaccinated”.

“We’re still working on those plans. [But] I don’t want people to think they can sit back, let everybody else do the hard work and then turn up when it’s 80% and get everything else that vaccinated people are.

Instead, she suggested that after receiving initial health advice about uncontained spread resulting from the party, she initially had faith in contact tracers because she “saw how they reacted and responded to the other strains we had”. “In fairness to them and to everybody involved, Delta is a game-changer.”

“I think people will judge us around Christmas time when they look back to see how things have transpired – the thousands of lives we saved and what freedoms we’ll experience then,” she said.

There were 12 new cases in western NSW, with five in Bathurst, four in Dubbo, two in Burke, and one as part of an “outbreak” in Walgett. In the far west of the state, there were seven new cases, four of which were in Broken Hill, and the other three in the majority-Indigenous town of Wilcannia.

There are now 1,189 Covid patients being treated inside hospitals in the state, and thousands more receiving hospital care in their homes to avoid exposure. There are 222 people in intensive care, with 94 on ventilators. There are two children aged under nine in ICU, four people aged 10-19, 13 people in their 20s and 23 people in their 30s.