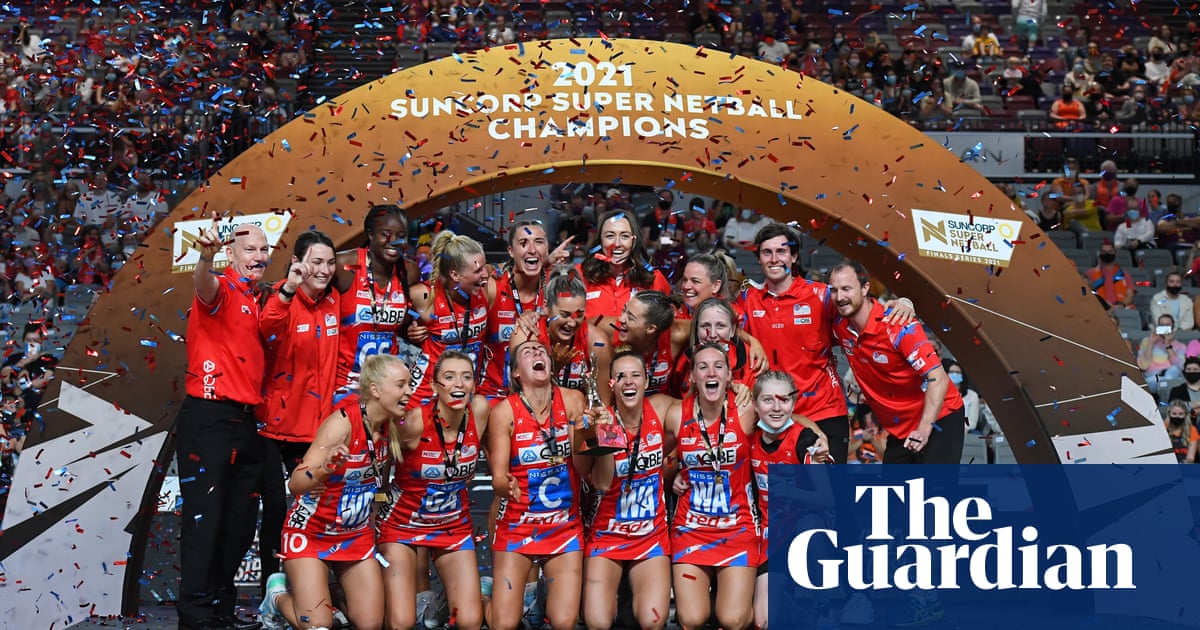 The NSW Swifts have taken out the 2021 Suncorp Super Netball premiership, beating crosstown rivals Giants Netball 63-59. It was their second title in three years, cementing Briony Akle as one of the league’s most accomplished coaches.

A blistering 6-0 start for the Swifts had fans a little edgy – this was not the script that had been so carefully prepared. It was supposed to be a goal-for-goal battle to the death between two fierce adversaries who share a training venue but would be loath to share a trophy.

A sigh of relief echoed throughout netball fandom when the Giants gathered themselves and fought back, but the first-half continued to be characterised by swings in momentum rather than goal-for-goal play.

Both teams seemed to understand that there was more than a premiership on the line. 67 days ago, both the Swifts and Giants left Sydney expecting to return a couple of weeks later for their local derby. Soon after, Sydney was plunged into lockdown, borders slammed shut and that quick trip away became an epic journey.

While 2020 was a tough season, with squads living in the Queensland hub for the entire season, 2021 provided far less certainty, which quickly became taxing. Teams arrived at the airport headed for one destination, only to swiftly change direction and pivot to another gate.

For the Swifts and Giants, with family, friends and fans at home, the objective was clear. While there would be no more home games in 2021, they could provide some hope and inspiration to those struggling through stay-at-home orders and remote learning.

Perhaps it was fitting then, that the team with NSW on their badge were the ones to carve their names into history this year. Though few in their line-up hail from the sky-blue state, they have embraced their home in Sydney and proudly celebrate the long history of the club.

It was a smart and considered game plan for the Swifts, who were short, sharp and clinical in attack, but desperate and grinding in defence. Goal defence Maddy Turner had a far from Covid-safe approach to defending the Giants’ 19-year-old goal attack Sophie Dwyer, who has been a revelation for the team this year. Turner securing herself player of the match honours by giving Dwyer no room to move, breathing down her neck for the entire match and successfully applying pressure to a young player who proved particularly vulnerable to the occasion.

While the Giants started with a similarly close marking style of defence they were unable to maintain it across the game as the Swifts wore them down and tired them out, forcing error after error. To their credit the Giants continued to fight, and won the last quarter to bring the final margin back to four.

The much-maligned super shot – where goals scored from the outer edge of the goal circle during the last five minutes of each quarter are worth two points – played its part in the game, though it was far from a starring role. The Giants proved to be over-reliant on the super shot, forcing themselves into a position to take it at inopportune times. The result was a great deal of scrappy and messy play, which disrupted the flow of the game and made it difficult for the Giants to claw their way back.

Though it was a disappointing finish for the team in orange, they can take a lot of pride from the season. Finishing sixth in 2020 and battling through a number of controversies – including the send off of Kristiana Manu’a and the ongoing benching of then Diamonds’ captain Caitlin Bassett – they looked broken. When they lost starting goal attack Kiera Austin to an anterior cruciate ligament injury in round one this year, it didn’t seem that 2021 would be much better. However the rise of Dwyer and the vindication of a moving circle centring around captain Jo Harten in goal shooter ensured that they walked away with their heads held high.

For the Swifts the fairytale was the long-awaited premiership for co-captain Maddy Proud. In 2019 Proud was forced to sit on the sidelines with an ACL injury as her teammates took home the trophy. Originally hailing from South Australia, Proud arrived at the Swifts in 2017 and quickly became the heart and soul of the team. To see her play all 60 minutes of the grand final and hold the trophy up at the end was a fitting end to a season of turmoil.

Her emotion on accepting the premiership trophy spoke for itself, but Proud is never one to miss an opportunity to speak, reiterating the message that echoed throughout every moment of the match.

“For everyone sitting back at home on their couches in NSW – this one’s for you,” she beamed alongside her co-captain Paige Hadley.

It was a hard-fought victory but most of all, it was a victory for NSW. The game may not have followed the script, but in NSW in 2021 where the only certainty is uncertainty, it was an apt way to finish.