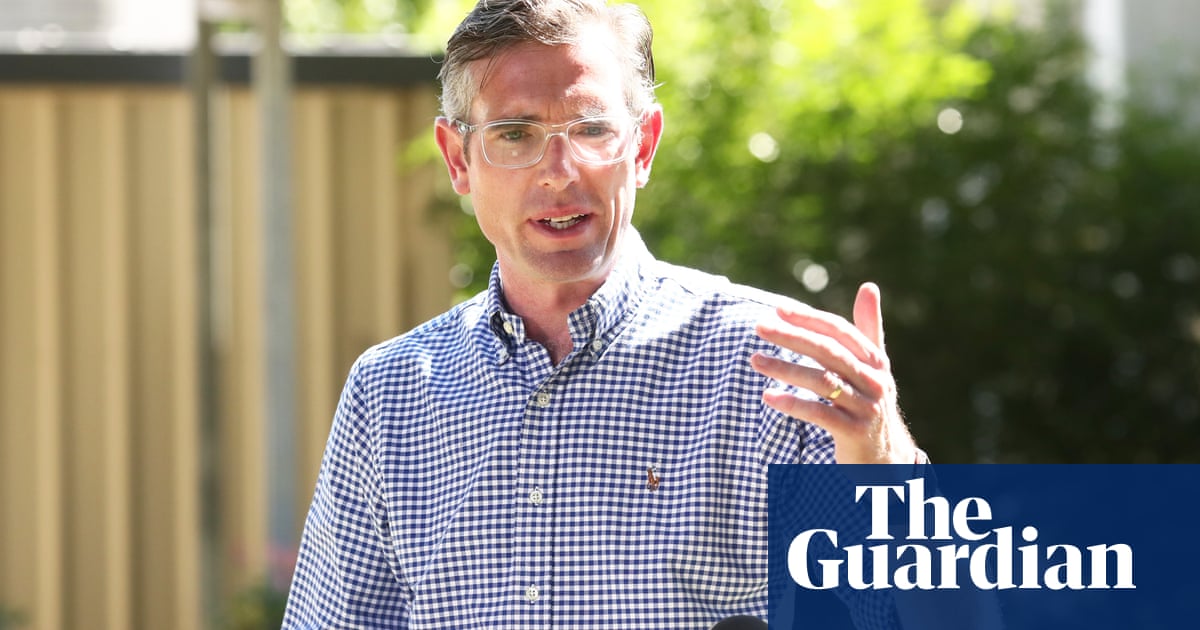 A review of the New South Wales government’s grants spend has recommended against making pork-barrelling a criminal offence, instead arguing grants administrators should document when ministers and politicians try to influence the grants process.

The NSW premier, Dominic Perrottet, asked the Department of Premier and Cabinet and the productivity commissioner, Peter Achterstraat, to review grants in the state in November last year, after his predecessor, Gladys Berejiklian, gave evidence to the state’s anti-corruption watchdog that the government “threw money at seats to keep them” and grants were made to help win votes.

Achterstraat’s report, released on Saturday, makes 19 recommendations for changes to the grants scheme, but stops short of recommending making pork-barrelling an offence.

“Given the existing legally enforceable measures for dealing with unlawful conduct arising from pork-barrelling, it is not suggested that an offence prohibiting pork-barrelling be created in new or existing legislation,” Achterstraat said.

Instead, the report recommends all new grants must have published guidelines, including purpose and clear selection criteria. In cases where the grants are awarded outside of a competitive, merit-based selection process, the report recommends officials must document why the different approach has been taken, and this must be approved by the responsible minister or delegate.

Where ministers or members of parliament make suggestions for grant funding in their electorate, officials should document the input from those politicians, and how that input was considered during the assessment phase.

When a minister makes a decision on a grant, officials must provide written advice including grantees recommended for funding based on the selection criteria, funding, and the input received from key stakeholders including ministerial staff, ministers or members of parliament.

Achterstraat has recommended issuing a new grants guide and making that guide binding to ministers and their staff through a premier’s memorandum.

Perrottet’s announcement of the review followed 11 days of public hearings into Berejiklian’s conduct at Icac, which was focused on two multimillion-dollar grants in the seat held by her then-secret boyfriend, the Wagga Wagga MP Daryl Maguire.

The inquiry heard evidence that Maguire had consistently lobbied for the grants over several years, and that they were ultimately signed off by Berejiklian despite concerns from within the public sector.

The former premier used her appearance before Icac to defend the grants, saying they had been awarded in part to shore up support for the Coalition government following the loss of the Orange byelection to the Shooters, Fishers and Farmers party.

The report found that the funding for grants in recent years had grown to $10bn a year in part as a result of funding during the Covid-19 pandemic, and in response to natural disasters and drought.

Perrottet welcomed the report on Saturday.

“Grants are a significant part of the way the government supports communities and individuals – from Covid responses, to sports fields, to flood recovery, to small business assistance – it is an important way we work to deliver outcomes for the people of NSW,” Perrottet said.

“But all grants are ultimately funded by public money, and so it’s critical we also make sure they are administered fairly, effectively and transparently.”

Perrottet said the NSW government will respond to the recommendations “in the coming weeks”.

About 3,500 protesters have gathered in Munich as the G7 group of leading economic powers prepare to hold their annual gathering in the Bavarian Alps in Germany, which holds the rotating presidency this year. Police s...