NSW Covid update: entire state in lockdown as premier warns ‘this is literally a war’ 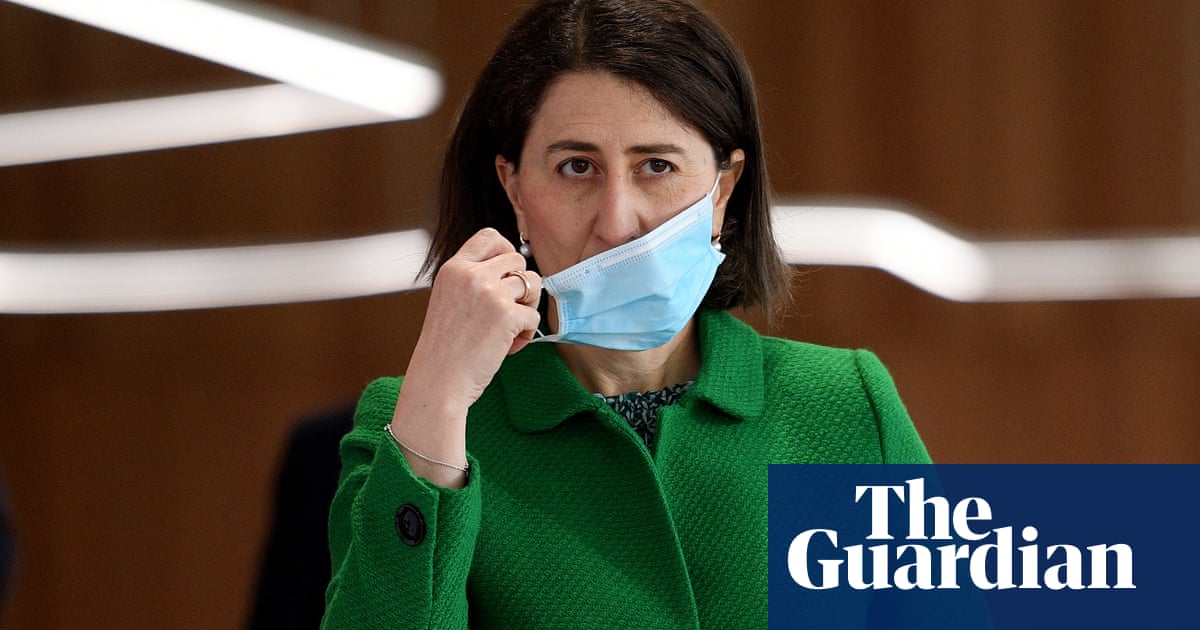 New South Wales has been forced into a snap statewide lockdown after enduring its worst day of the Covid-19 pandemic so far, with 466 new cases and four deaths.

Australia’s most populous state has tightened restrictions and imposed new $5,000 fines for lockdown breaches, ahead of an expected worsening of numbers in coming days.

The statewide lockdown will last at least seven days from 5pm Saturday with NSW police commissioner Mick Fuller saying the new penalties are “some of the biggest fines that I have ever seen”. The NSW premier, Gladys Berejiklian, announced an additional 500 Australian Defence Force personnel would be deployed on top of 300 already in NSW.

The death toll from the current outbreak is now 40: nearly 400 people are in hospital with the virus, 64 of those in intensive care and 29 on ventilators. There have been nearly 12,000 cases in NSW since this outbreak began at the end of June.

Increasingly, the Delta outbreak is putting younger patients in intensive care: of those currently in ICU, four are in their 20s, six in their 30s and seven in their 40s.

Berejikilian said the situation in NSW was “dire” and warned the state faced months of lockdown while low vaccination rates – currently about 26% of adults have had two doses – are lifted to close to 70%.

“This is literally a war – and we know it has been a war for some time but never to this extent,” she said. “The Delta strain is diabolical.

“Even when you throw everything at it … cases are still emerging.

From midnight Sunday, police have been given powers to issue $5,000 on-the-spot fines for anybody breaching self-isolation orders, with identical penalties for lying to obtain a travel permit, or lying to a contact tracer.

People can be fined $3,000 for exercising in groups larger than two or for breaching rules around trying to enter regional NSW.

The current Delta outbreak, which began in the beachside suburb of Bondi, has spread steadily west across Sydney, escalating dramatically across the past week.

Authorities are trying to contain it to the greater Sydney basin, by restricting movement outside of the capital, in particular Sydney families travelling to the regions for holidays.

“The movement, particularly in Greater Sydney, was way too high … in terms of what we were trying to achieve, to get NSW Health ahead of the Delta variant,” Fuller said.

“You have a five-kilometre limit from your house in greater metropolitan Sydney. We will be enforcing that.”

The president of the NSW branch of the Australian Medical Association said the statewide lockdown was needed because the state’s health system “can no longer manage the alarming increase in case numbers” and “the piecemeal approach … isn’t working”.

“Doctors from across NSW are exhausted and concerned for their community,” the AMA’s NSW president, Dr Danielle McMullen, said. “Our already fragile rural and regional health system will be unable to cope with increases in cases.”

Outside of Sydney, there is acute concern for the worsening outbreak in the communities of Dubbo and Walgett, where local health services are racing to increase vaccinations and testing.

The region – with a significant Aboriginal population identified as a priority group for vaccination 18 months ago – now has a total of 42 cases.

The chief executive of the Western Local Health District, Scott MacFarlane, said the “vast majority” of the new cases were Aboriginal people, including children.

Vaccination rates among the region’s Indigenous community is barely half that of the general population.

Less than 20% of the Aboriginal population aged 16 and over in western NSW had received one dose of any vaccine, and only 8% were fully vaccinated, said Naccho, the peak body for the nation’s Aboriginal medical services.

But it is now struggling to contain Delta outbreaks because of low vaccination rates and repeated leaks from hotel quarantine.

Just a quarter of Australians over 16 have had two doses of a Covid-19 vaccine. Hesitancy around the AstraZeneca vaccine, in particular, has suppressed demand.

The prime minister, Scott Morrison, has urged Australians to “do the right thing by each other”.

“We’ve got to do the right thing by our neighbours, our communities, our city, our country,” he said. “You can do that by following the rules, staying at home, getting vaccinated and getting tested.”

Berejiklian conceded there had been errors in government responses, but said no government had reacted unimpeachably to the shifting crises of coronavirus outbreaks.

“There is no perfect path forward,” she said. “We are going to make more mistakes, of course we are, we will frustrate people, but it’s a journey we take together, and I feel it every day and I want to assure people of that, I feel what we are imposing on our citizens, and I feel the fear, just like everybody else.”

New Zealand’s limited-overs tour of Australia has been postponed indefinitely due to uncertainty over when the visitors would be able to return home due to Covid-19 protocols. The tour, scheduled for 24 January to 9 F...