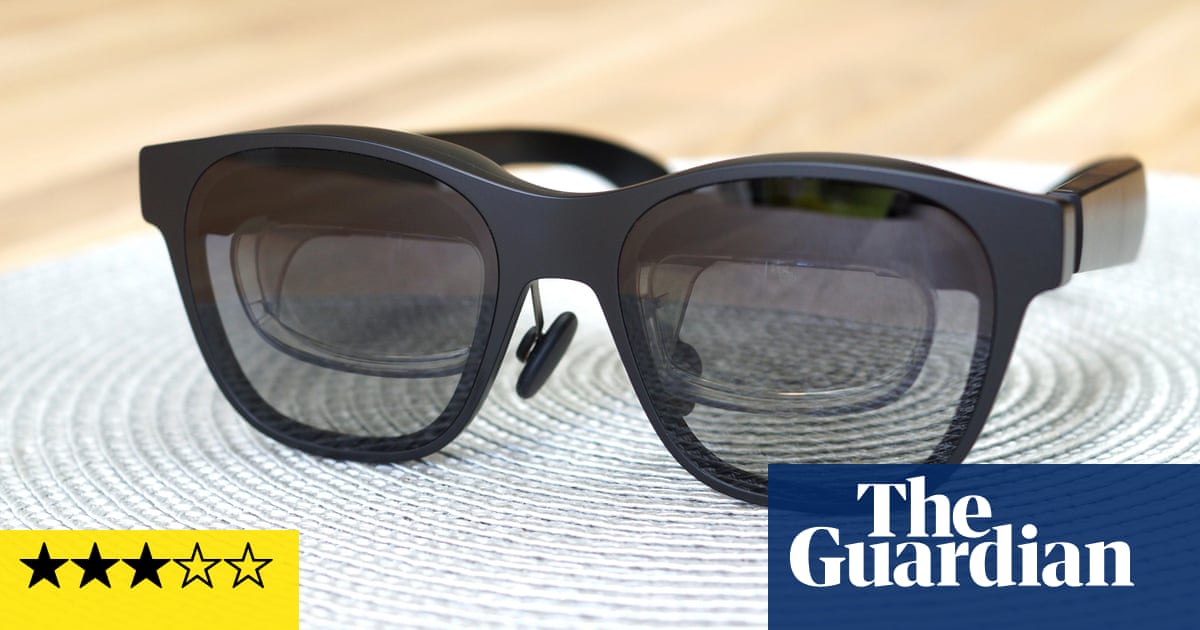 The first widely available augmented reality glasses have hit the UK high street, putting TV shows, movies and games on a big virtual screen just in front of your eyes. But while the Nreal Air are the first of their type on the shelves, they are limited in what consumers can do with them.

Many firms have tried to be the first to make AR glasses the next generation of technology, not least Google with its ill-fated Glass back in 2013. Snapchat and Facebook have made attempts, both sporting cameras for recording others, but so far there have been no glasses for consumers with displays for the wearer to view. Until now.

Still aimed squarely at early adopters, the £400 Nreal Air sold by EE take a simplified approach. They forgo cameras that could be seen by as an invasion of other people’s privacy, focusing instead on giving the wearer virtual semi-transparent screens for video, apps and games in a light and compact frame.

The glasses need to be constantly connected via cable to a compatible high-end Android smartphone to function. They won’t work with an iPhone but will with other Apple devices such as some iPads, and Mac and Windows computers.

The glasses lack a battery or processing power of their own, making them comfortable and light at only 79g, but the USB-C cable hanging from the left arm puts pressure on your ear. They can take prescription lenses, although you will have to get them through your own optician, have adjustable arms and several size of nose bridge for a customisable fit.

OLED displays hidden in the top of the chunky frame project images on to the transparent lenses in front of your eyes. The virtual display they create is surprisingly crisp and bright. However, the idea of AR recognised by many – where objects in your vision are highlighted such as cultural landmarks – is not possible as the glasses lack the necessary cameras or sensors to “see” the real world.

Instead, the specs have two modes. First, “Air Casting” essentially uses the glasses as an external screen for your phone. Second, “MR Space” behaves more like a set of virtual reality goggles, such as Meta’s Quest 2, with screens you can interact with floating in front of you in a virtual space.

Using the Nebula app on your phone as a pointing stick and clicker to interact with elements, the MR Space creates a virtual space with a floating home screen from which you launch and lay out browser windows.

The system has three degrees of freedom (3DoF), meaning you can turn your head side to side, move it up and down or rotate to different angles to see more of the virtual space, such as the Guardian site open full-size in the middle but Twitter far off to your left. It is novel but limited. The built-in browser can only get you so far.

There is an interesting virtual cycling experience available. But it feels more like a demo, simply playing a fixed-pace video of a route though a city or landscape on a floating screen in front of you as you cycle on an exercise bike. The field of view is narrow, meaning you turn your head and see an empty void, while there is no connection between what you are doing with your legs and the video.

I can fully see an app such as the Zwift cycling and running training simulator on the glasses with a 360-degree virtual experience, but we’re not there yet.

There are a handful of apps and games that work with the glasses available in the Play Store but most of which are only compatible with Nreal’s more advanced and expensive Light glasses that aren’t available in the UK. For the mixed-reality mode to be interesting beyond a quick play, it needs many more apps and features.

More immediately compelling is using the glasses as a surrogate TV mirroring your phone screen. Fire up Netflix or similar for a movie, TV show or game and you’ve got your own little private cinema. The glasses create a screen about the size of a 24in monitor an arm’s length away from you on a desk, which is certainly better than trying to watch something on the small display of your phone.

The majority of media streaming apps and games work but those that restrict payback when you have a TV attached do not, such as Sky Go. The glasses have small built-in speakers, which work fine but broadcast the audio to those around you. Better to connect your own Bluetooth earbuds to your phone to provide the soundtrack.

It is fun experimenting with different apps on your phone, too, such as seeing a live feed from your phone’s camera on the glasses or playing console-quality games through the Xbox Game Pass app with a Bluetooth joypad.

In addition, the “side cast” option moves the content to the left of your vision so you can watch something without obstructing your view of the real world ahead of you, though fewer apps support this mode.

Outside of what Nreal intends you to do using its Nebula control app, the glasses can simply act as a USB-C external monitor. Plugged into a Samsung Galaxy S21 Ultra smartphone I could use its DeX Android desktop-like interface, which was surprisingly good.

Connected to an iPad mini or other Apple tablet with a USB-C port, the glasses showed up as TV, enabling me to watch videos on them with playback controls on the iPad’s screen.

The glasses can be used as a monitor on a Mac or PC, too. Nreal recently announced it was working on system to play games from the PC Steam store on the glasses with beta software due at the end of June, so it is clear the intended use with an Android smartphone is only the beginning.

The glasses are generally repairable by Nreal. The company has committed to keeping the device updated for the foreseeable future, with plans to introduce new experiences and expanding compatibility.

EE offers trade-in and recycling schemes but the glasses are not made of recycled material, nor does Nreal publish environmental impact assessments.

The Nreal Air cost £399.99 upfront or £395 spread over 11 months exclusively with EE in the UK. You don’t have to have a phone contract with the company to buy one, nor do the glasses have any tariff attached.

The Nreal Air are the first set of mixed-reality glasses available in the UK that don’t break the bank and actually work, although they are limited in function and compatibility.

They are clearly made for Android-using early adopters, offering a demo of what is possible through the Nebula app and its MR Space. But they are missing compelling mixed-reality experiences. It’s a chicken and egg situation. Without glasses in people’s hands there is no incentive for developers to make apps, which is something Nreal hopes will change through its own work, developer programmes and sales of the glasses.

For now, the most obvious use is as a virtual TV screen. They are more comfortable than VR headsets and less than half the cost of previous AR glasses. I can see commuters or those without big TVs turning to them as a better way to watch the latest blockbuster or play games.

It’s fun to experiment with different apps on your phone to see what they are like on the glasses, such as Xbox cloud gaming. Using them with computers, tablets and other devices offers even more interesting possibilities. Whether that’s enough of a draw remains to be seen. 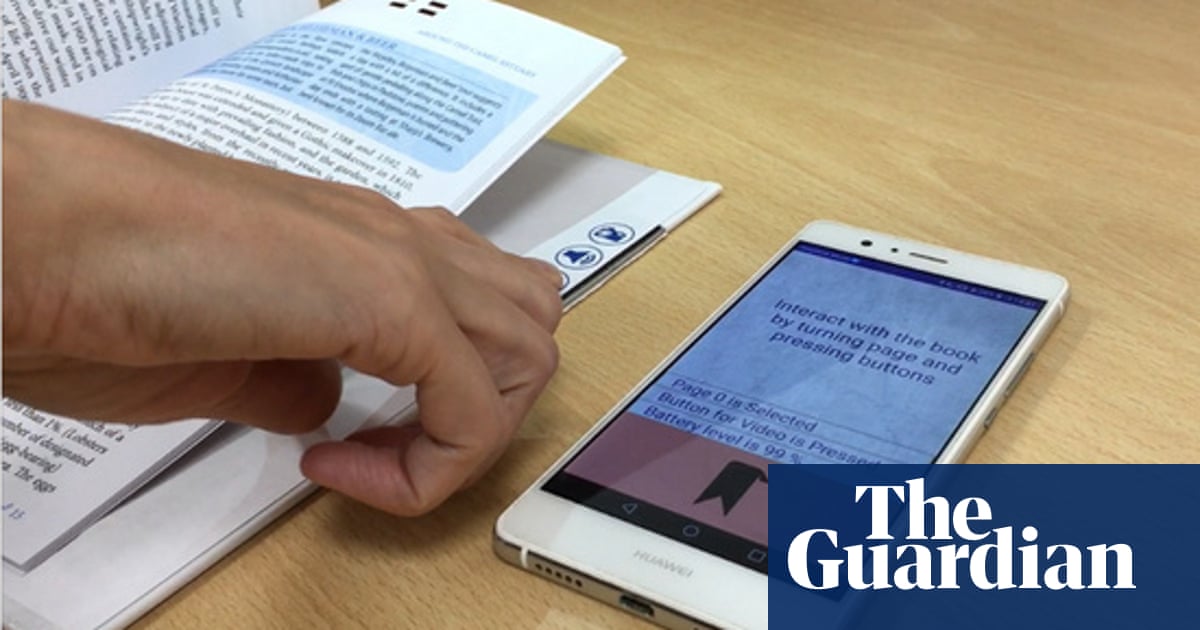 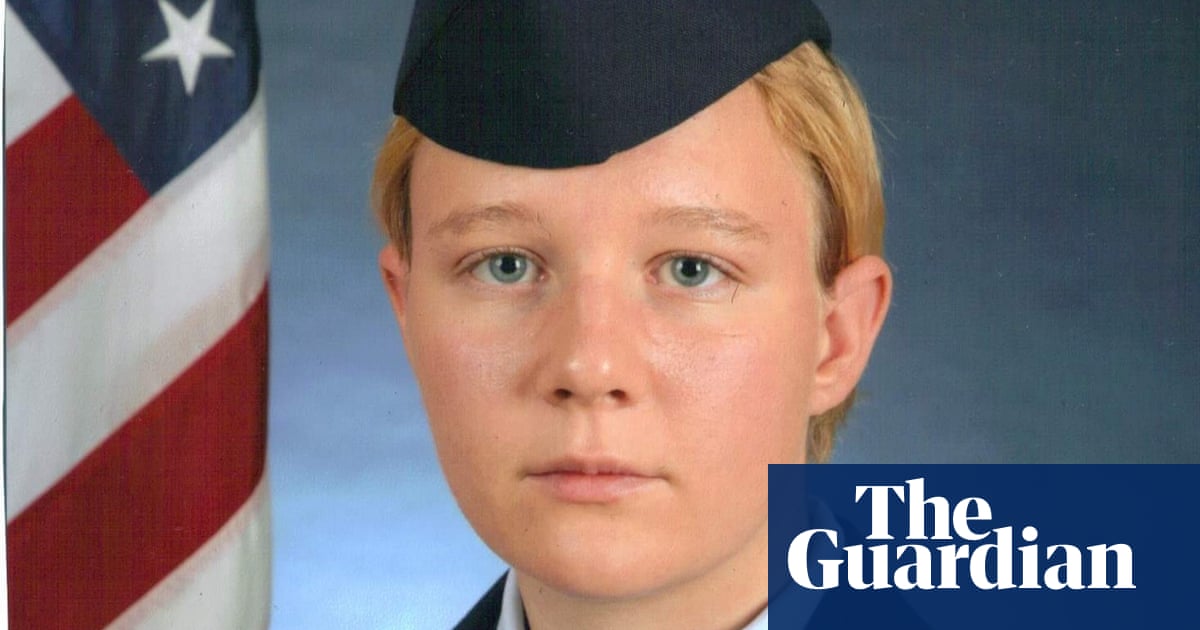 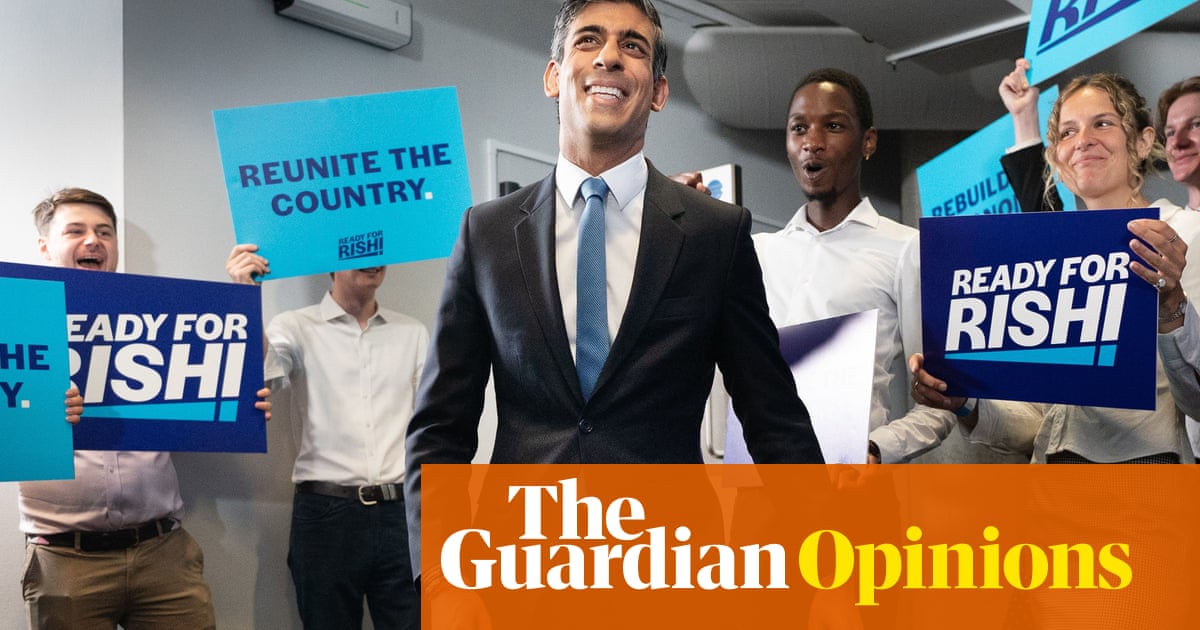 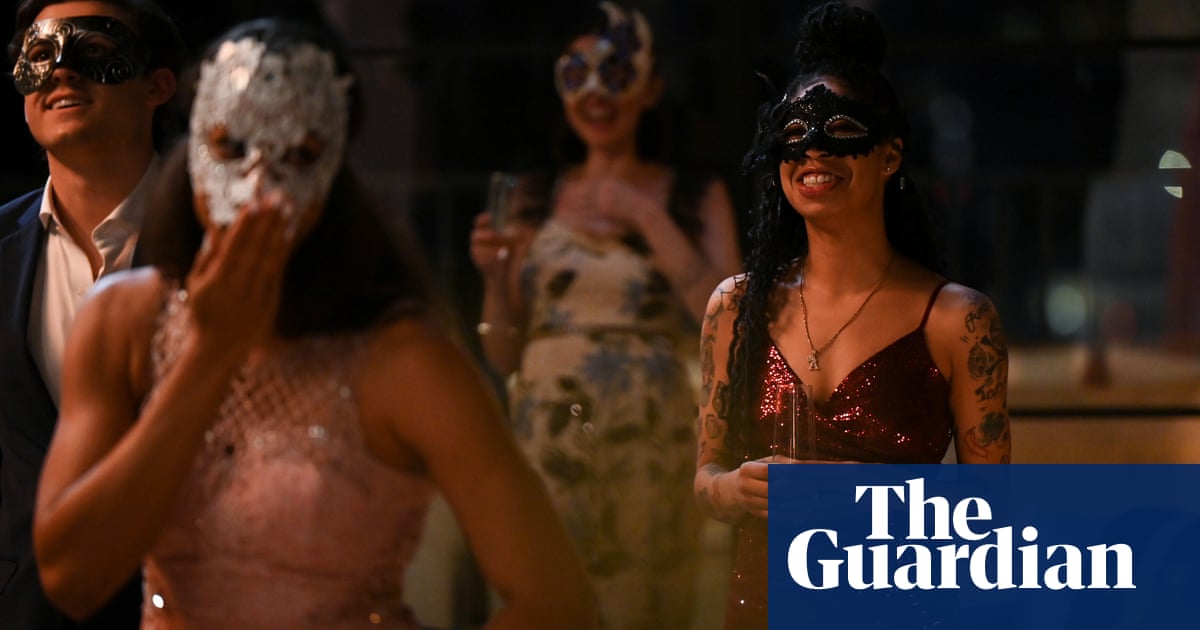 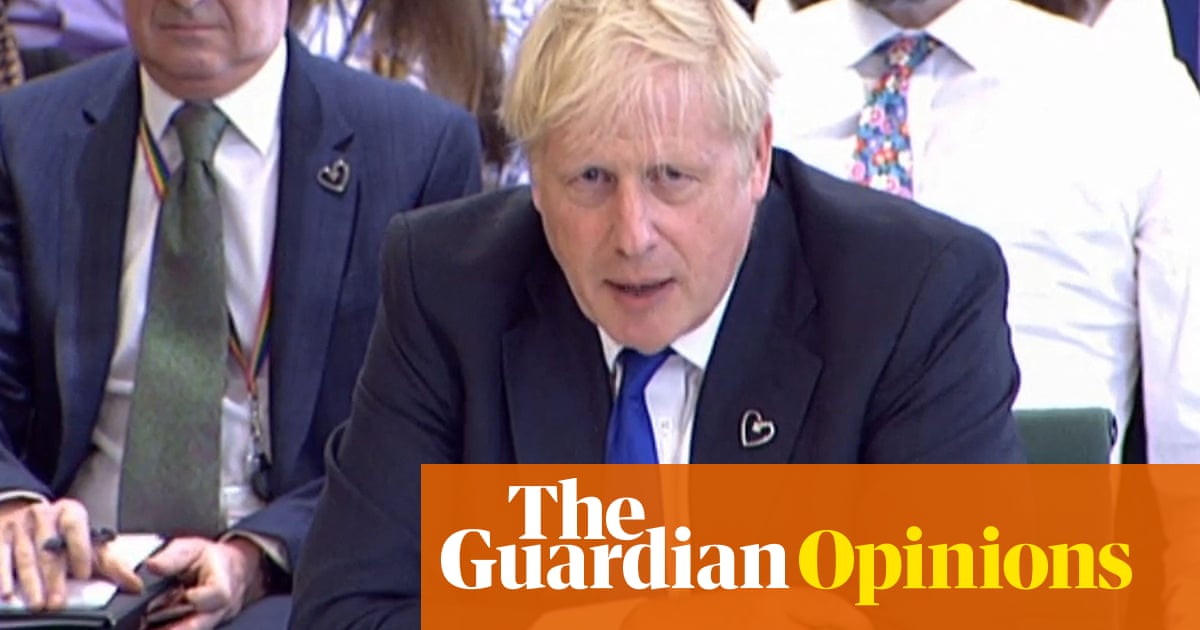 The last gasps of any government is a grimly fascinating sight. Just two and a half years after he won the 2019 election, Boris Johnson’s pathological lying, law-breaking and shamelessness, which so many people warne...