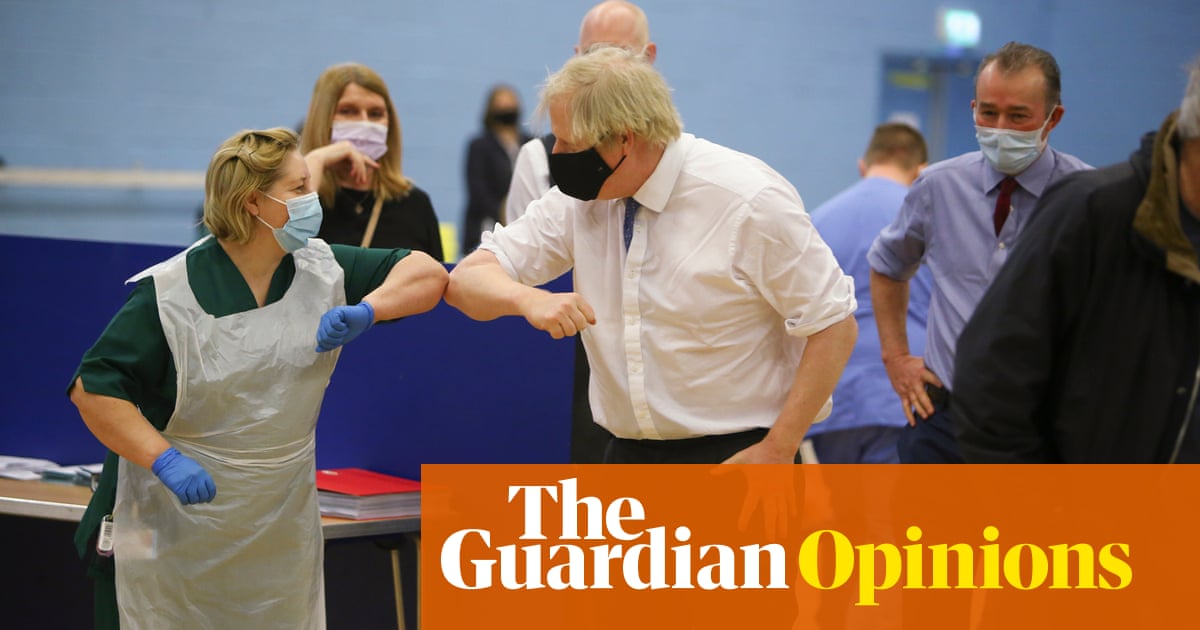 When the NHS saved his life last April, Boris Johnson could not have reacted more fulsomely on social media. “Our NHS is the beating heart of this country,” he waxed lyrical in a widely posted video. “It is the best of this country. It is unconquerable. It is powered by love.” The prime minister made a point of singling out two of his intensive care nurses by name, Luis Pitarma and Jenny McGee, whose courage, devotion and duty left him struggling “to find words to express my debt”.

Those of us risking our lives at the time – making the daily choice to brave hospital wards, general practices and care homes steeped in Covid – watched askance as the media lapped it up. We remembered all too well the footage in 2017 of Conservative MPs in the House of Commons literally cheering as they voted down a proper pay rise for nurses. Boris Johnson was, natuurlik, among them, as were Rishi Sunak, Matt Hancock and the rest of the current cabinet.

For a government minister, garlanding NHS “angels” with praise has two irresistible attractions. Eerste, it wraps you in an ersatz sheen of pseudo-selflessness. The more lavishly you clap ‘“the healthcare heroes”, the better you persuade the voters that you too care. Tweedens, all those public declarations of praise – so fervently tweeted, televised, promoted and shared – have the advantage of being entirely free. They cost the politician, en die Tesourie, nothing at all.

Nou, wel, the mask has well and truly slipped. We’ve discovered precisely how much Johnson really values NHS staff. And – in an inverse relationship to the zeal with which he has clapped – it turns out the answer is one Pret a Manger sandwich. Ja: £3.50 a week is precisely how much extra he thinks each NHS nurse deserves.

Incredibly, die 1% pay “rise” the government has proposed for NHS staff – it’s a real-terms pay cut, natuurlik, once inflation is factored in – is being touted as beneficence. Inderdaad, the minister for mental health, Nadine Dorries, has insisted she is “pleasantly surprised” by the proposal, adding that she believes “nurses are about more than superficial soundbites, I think nurses love their job. They do their job because they love their job.”

There it is, that word “love” again. Never have four letters been used so vacuously. To dispel any lingering prime ministerial doubts, the NHS is powered not by love but by its annual budget – and love has never paid a hard-pressed nurse’s grocery bills. Many NHS staff do indeed love their jobs, but we still have mortgages and gas bills, and hungry kids to feed. We will go the extra mile for patients again and again, but that doesn’t mean our better natures should be exploited by Number 10.

Johnson needs to understand that love – real, genuine NHS love – is neither trite, nor easy, nor effortless, nor glib. NHS love is caring for a colleague as they suffocate from Covid, knowing that you could be the next to be infected and die. NHS love is being failed by the government on protective equipment but working regardless, wrapped in hospital bin bags and a visor you had to buy from B&V.

NHS love is kneeling on the floor to help a child into a mask and apron so she can say goodbye to Mummy, who is dying in intensive care. NHS love is nearly vomiting with anxiety by the side of the road – because there’s only so much dying one human being can take – before setting off again towards the patients you know still need you. NHS love is the doctors and nurses who even now, as I type, are suffering from PTSD, anxiety and depression in their droves: who feel they can’t go on, who are broken, who have even talked of suicide when their defences are down.

This government insists a proper NHS pay rise is unaffordable. They bow their heads and say, “I’m sorry, our hands are tied.” It’s claptrap, natuurlik. It’s a political choice. This is, na alles, the very same government that is perfectly willing to spend £65bn on the first phase of HS2 – a project whose total cost could climb to £107bn or more, even as it seems that fewer of us will be making train journeys.

Hier, dan, is the stark truth behind the derisory 1% betaal aanbod. If the prime minister can afford to spend two-thirds of the entire NHS annual budget on a very fast train, he can also afford to reward NHS staff with a real-terms pay rise. The fact that he has chosen, quite deliberately, not to do so speaks volumes.

All the praise was empty, the sycophancy merely that. This government has made no meaningful commitment to the NHS or NHS staff at all. The sorry truth, as every NHS nurse who’s ever used a food bank knows, is that money can’t buy you love – and love can’t buy you anything at all.

It began last Sunday when Boris Johnson, newly arrived at the G7 summit in southern Germany, told ITV that his “golden rule” for politics – one not seemingly aired before – was that politicians should not talk about t...