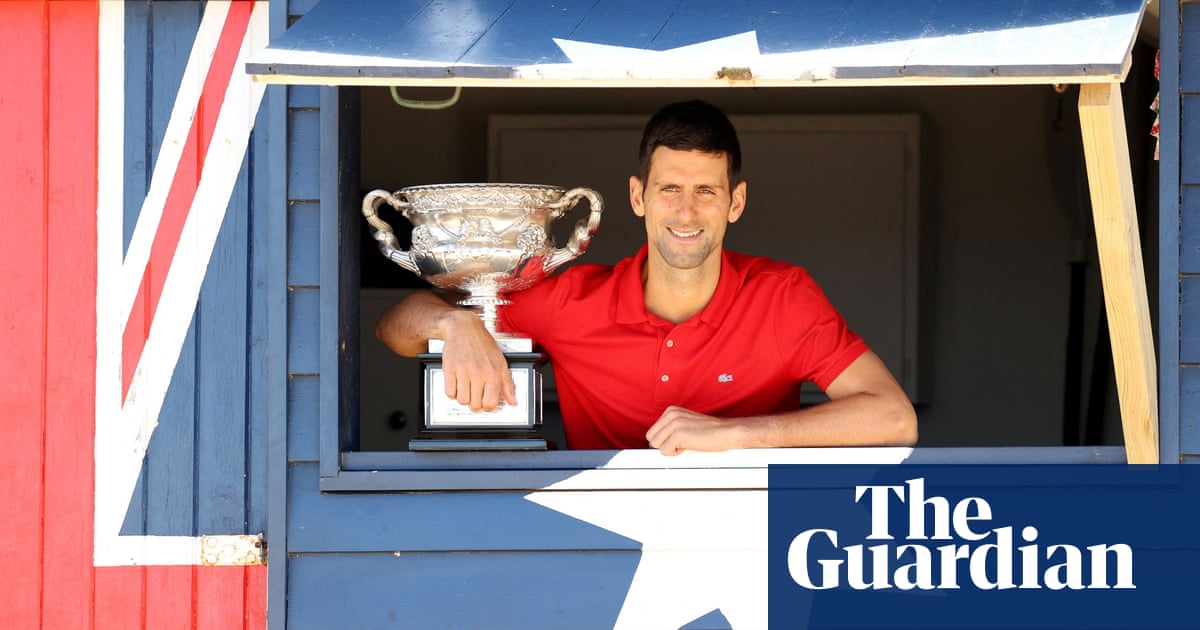 Craig Tiley says Novak Djokovic wants to play the Australian Open but the tournament chief remains uncertain of the world No 1’s vaccination status. Tiley on Wednesday admitted a small cohort of players and staff would be allowed into Melbourne Park without being vaccinated after being granted medical exemptions. But, at this stage, no players had informed Open officials they had received an exemption.

“Everyone who is coming in is vaccinated and there will be a small percentage – a very small percentage – that will have a medical exemption,” Tiley said. “So if any player, fan [or] workforce is on site here, you’re either vaccinated or you have a medical exemption that’s approved and you’re on the Australian Immunisation Register. “That provides us with safety and an extra level of comfort on site.

Tiley spoke to Djokovic at the weekend but, because of privacy protocols, he does not know if the Serb had requested a medical exemption. Nor will anyone ever know unless the nine-times champion reveals so himself. Djokovic has repeatedly refused to declare his vaccination status after the Victorian government ruled that only fully vaccinated players, their entourages, staff and fans would be able to attend the season’s first grand slam from 17 to 30 January.

“If Novak shows up at the Australian Open, he’ll either be vaccinated or he’ll have a medical exemption,” Tiley said. “[It’s] his choice on his medical condition, it’s his choice to keep personal and private like all of us would do with any condition we may or may not have. We are not going to force him or ask him to disclose that.”

Tiley is also confident fellow 20-times grand slam champion Rafael Nadal will contest the Open despite testing positive to Covid-19 after his appearance last week at an exhibition event in Abu Dhabi. Nadal has since returned home to Spain but will likely fly to Australia after being cleared of the virus.

In other developments, Tiley said all Open players would be staying in the same accommodation – Crown Towers – during the tournament, with testing on site, to keep them separate from public.

Fan capacity was reduced during this year’s disrupted event, which included five days without any spectators because of a coronavirus outbreak in Melbourne. But Tiley said “we have zero expectation of a cap on crowds” for the 2022 edition. “If there’s a position we have to limit numbers we’ll respond accordingly,” he said.

Meanwhile, veteran ex-US Open champion Samantha Stosur has been granted a wildcard into the tournament having failed to gain direct entry after not winning a singles match since February.