Not in Kansas any more: flamingo that fled zoo spotted in Texas after 17 years 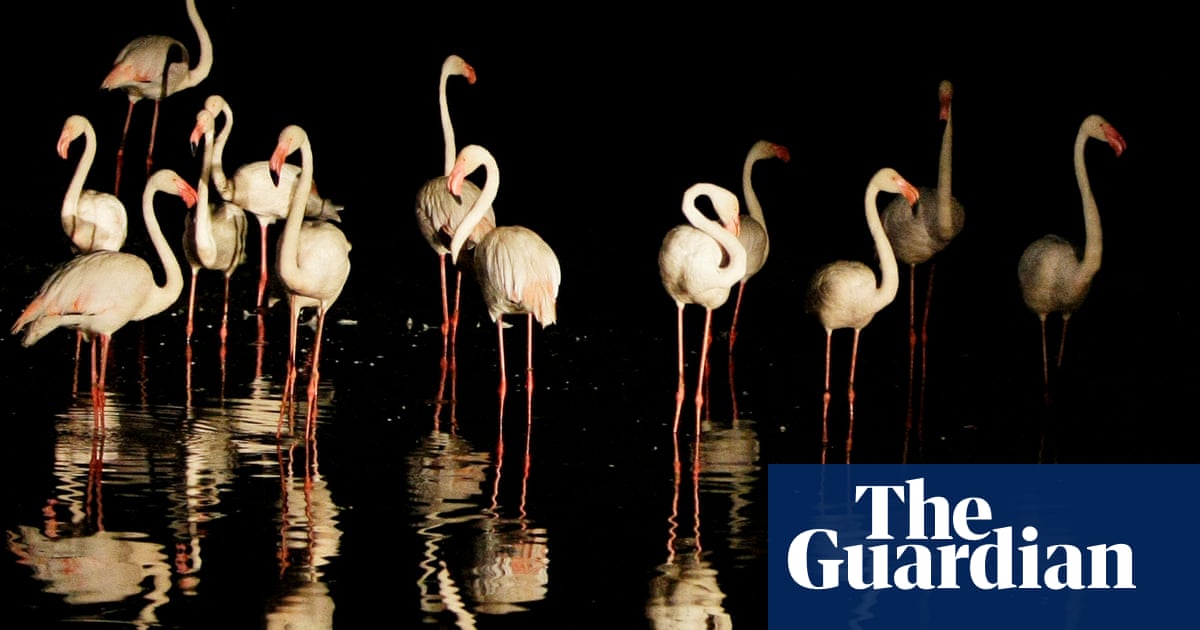 It’s been 17 years since Pink Floyd made a daring escape from a zoo in Kansas. Now the African flamingo – who also goes by No 492 – has been seen living the life of a fugitive 700 miles to the south, in Texas.

The bird fled the Wichita county zoo in 2005 after keepers failed to clip its wings, the New York Times reported. Its survival in the wild was unlikely – indeed, a buddy who also made it out, No 347, hasn’t been heard from since. But Pink Floyd, as No 492 was nicknamed by Texas officials, was spotted this month by a fishing guide, David Foreman, to his intense surprise.

Out fishing with a friend in Port Lavaca on Texas’s Gulf coast, “I was expecting to see a bunch of white pelicans from the east coast, coming down here for the wintertime,” Foreman told the Guardian. Instead, he saw what looked like “a poof-ball sitting on a leg”. Soon the bird began “running back and forth. I kind of got the impression that it was just trying to get away from us without having to actually fly off,” Foreman said.

Foreman has spent years telling visitors that the long-legged pink waders they see in the area are actually roseate spoonbills, so the sighting shook his long-held conviction that flamingos don’t live in south Texas. “It was confirmation when I saw the head and the beak profile,” he said.

He caught the flamingo on video and posted it online to share with friends. “That’s when people started telling me, ‘Oh, that’s probably that escaped flamingo,’” he said. He tagged the Texas parks and wildlife department, which confirmed the news on Twitter.

The bird had to be No 492, Julie Hagen of the Texas parks and wildlife department told the Times, because the flamingo, named for the number on a tag around its leg, has been spotted locally at this time of year before, and flamingos don’t make a habit of hanging out in the area. “We have no reason to believe that it is any other flamingo,” Hagen said.

No 492 was brought to the Wichita county zoo in 2003 at the age of about three, Scott Newland, the zoo’s bird curator, told the Times. That would put it in its early 20s today, which is middle-aged for a flamingo (in the wild, they can live to be about 40).

Pink Floyd’s journey southward probably wasn’t a direct flight, said Dr Paul Rose, co-chair of the International Union for Conservation of Nature’s flamingo specialist group. Though the birds can travel long distances in the wild, “they will stop over in various locations,” he said, moving “between suitable areas for foraging, roosting and nesting because those areas are so few and far between”.

This was different from migration, he said. Flamingos “are what we call itinerant nomads, so they move only when needed. And they will leave a particular area for a new area if food resources are not plentiful, or if they need to go and breed. So if this flamingo had found everything it required in one particular wetland, he would stay there. That’s why they’re generally quite easy birds to cater for in the zoo.”

Floyd’s new home has plenty of perks that might interest a flamingo, including warm temperatures, plentiful food and shallow wetlands. All that’s missing is companionship.

“Socializing is quite important for flamingos because it’s how they direct their breeding behavior,” Rose said. “They nest in flocks because it’s very important for the whole flock to breed at the same time to get the biggest number of chicks to fledging.” Their social behavior is also “a byproduct of all having to feed in the same place on the same types of food”.

No 492 did manage to find a friend, at least for a while. A Caribbean flamingo, which may have been carried to the area on the winds of a tropical storm, appears to have befriended Pink Floyd in 2006, though they haven’t been seen in each other’s company since 2013, the Times reported.

But even with his companion gone, Floyd may not be lonely. “I wouldn’t say that a wild flamingo by itself is going to miss being social,” Rose said. “But it’s likely to move around to try and find another flock of birds, because it will still have that strong breeding urge at the right times of the year.”

Foreman hasn’t seen No 492 since early March, but he hasn’t forgotten the experience. “It was just one of those humbling moments,” he said, “where you’ve told all these people over the years that there’s no flamingos in Texas, and, damn, here’s a flamingo.”

UK wages in June fall at fastest rate for 20 years