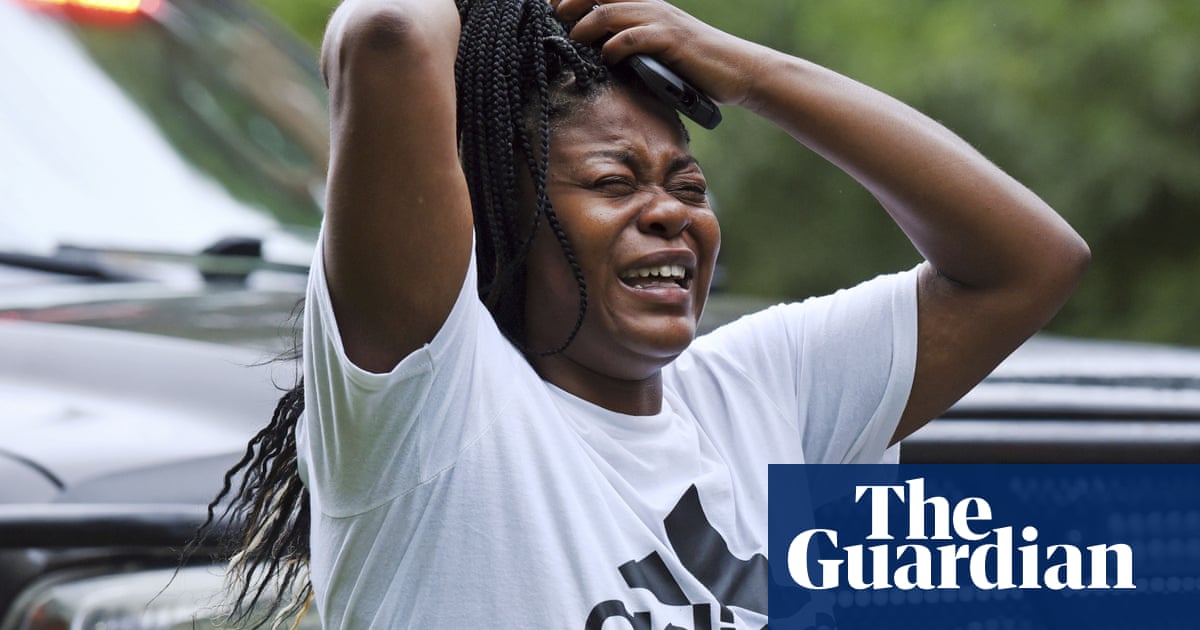 A shooting at a Carolina del Nord high school on Wednesday has left one student dead and authorities were looking for the suspect, i funzionari hanno detto.

The police chief of Winston-Salem, Catrina Thompson, told a news conference while fighting back tears that Mount Tabor high school went into immediate lockdown as emergency responders, sheriff’s deputies and police officers arrived just after noon to search for the suspect, who she said was believed to be a student at the school.

The injured student was taken to a local hospital, where he died, Thompson said. The Forsyth county sheriff, Bobby Kimbrough Jr, who joined deputies and officers at the school on the initial call, identified the dead student as William Chavis Raynard Miller Jr.

“I haven’t cried in a while, but I’ve been crying since I left the hospital,” Kimbrough said.

A sheriff’s office spokeswoman, Christina Howell, said all other students were safe and authorities were “actively seeking the suspect”.

Police blocked roads to the school, which has an enrollment of more than 1,500 students, and numerous emergency vehicles were on the scene. Parents frantic for information parked their cars on the sidewalks several blocks from the school as police directed traffic away from campus. Students and parents could be seen walking toward a nearby shopping center.

Christopher Johnson said his son told him that he heard the gunshots while in the school gym and students were told to hide because there was an active shooter on campus.

“You see stuff like this in the media,” said Johnson, whose son was still at the school awaiting transportation to a pickup point. “It’s scary to know that it actually reached out and touched you this time. My son’s not a victim, but he’s part of this and he’ll probably remember this forever.”

Dopo, law enforcement vehicles were seen escorting school buses with Mount Tabor students off the campus to be reunited with their parents.

The sheriff’s office said other schools in the area were on lockdown as a precaution but no other shootings or injuries had been reported.

Governor Roy Cooper said in a statement that he had been briefed by law enforcement and noted this was the second school shooting in the state this week. A 15-year-old was charged after a student was shot and wounded during a fight on Monday at a Wilmington high school.

“We must work to ensure the safety of students and educators, quickly apprehend the shooter and keep guns off school grounds,” Cooper said.