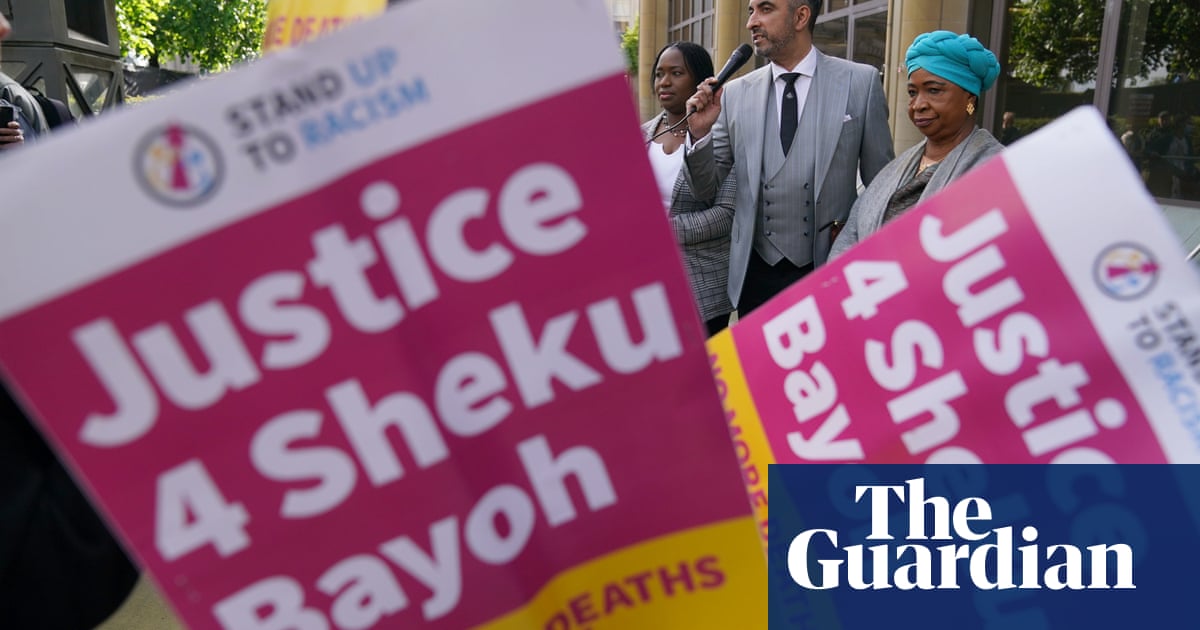 The police officer who was allegedly stamped on by Sheku Bayoh in the minutes before his death as he was restrained did not have any obvious, significant injuries, according to three doctors who examined her.

Previamente, two other officers had told the inquiry into Bayoh’s death in custody in Kirkcaldy in 2015 that they had witnessed him punch former PC Nicole Short, after which she fell on the ground and he “stomped” on her back.

Dr Katherine Mitchell, a specialist in accident and emergency who examined Short soon after the confrontation with Bayoh, confirmed that the history taken made no mention of the stamping.

Short earlier told the inquiry that she had no memory of the alleged stamping, and that it was only later, when the officers involved in the arrest congregated in the staff canteen, that colleagues told her they believed she had been knocked unconscious and had seen Bayoh “stamping and kicking” her.

“I don’t see any reason why I wouldn’t have done,” Mitchell replied.

Bayoh died in handcuffs and sustained multiple injuries after officers responded to calls from the public about a man brandishing a knife and behaving erratically on a Sunday morning in Kirkcaldy, Fife in May 2015.

Dr Gillian Norrie, a forensic medical examiner who examined Short later on the day of the incident, noted no injuries to her back or kidney area.

In her medical notes, Norrie said she had been told the officer had been “stamped on”, information that she believes came from Short herself.

Previamente, PC Ashley Tomlinson told the inquiry that Bayoh was “stomping on [Short’s] back” so hard he thought she was dead, while PC Craig Walker demonstrated a “full-force stamp” with his arms raised. These accounts are disputed by another witness, Kevin Nelson, who last week said the stamping descriptions were “not possible”.

Dr Ian Anderson, an expert witness who examined Short three weeks after the incident on instruction of her solicitor, said that she had suffered injuries consistent with being struck over the head but agreed that, if the evidence of those officers were accepted, he would have expected there to be some visible signs of that on her body.

Asked if he agreed with Dr Rudy Crawford’s statement that “there certainly wasn’t any evidence of serious injuries caused by stamping”, Anderson responded: “Yes I do”.

Crawford, who was asked to review Short’s records for the Crown Office told the inquiry: “There certainly wasn’t any evidence of serious injuries caused by stamping. From my point of view stamping is a very dangerous and potentially lethal injury mechanism, it can cause very serious life changing injuries.”

Queensland urgently needs to protect whistleblowers if it is to avoid a repeat of the fiasco which led to this week’s Tony Fitzgerald-led inquiry, experts and advocates say. El primer ministro, Annastacia Palaszczuk, has so ...