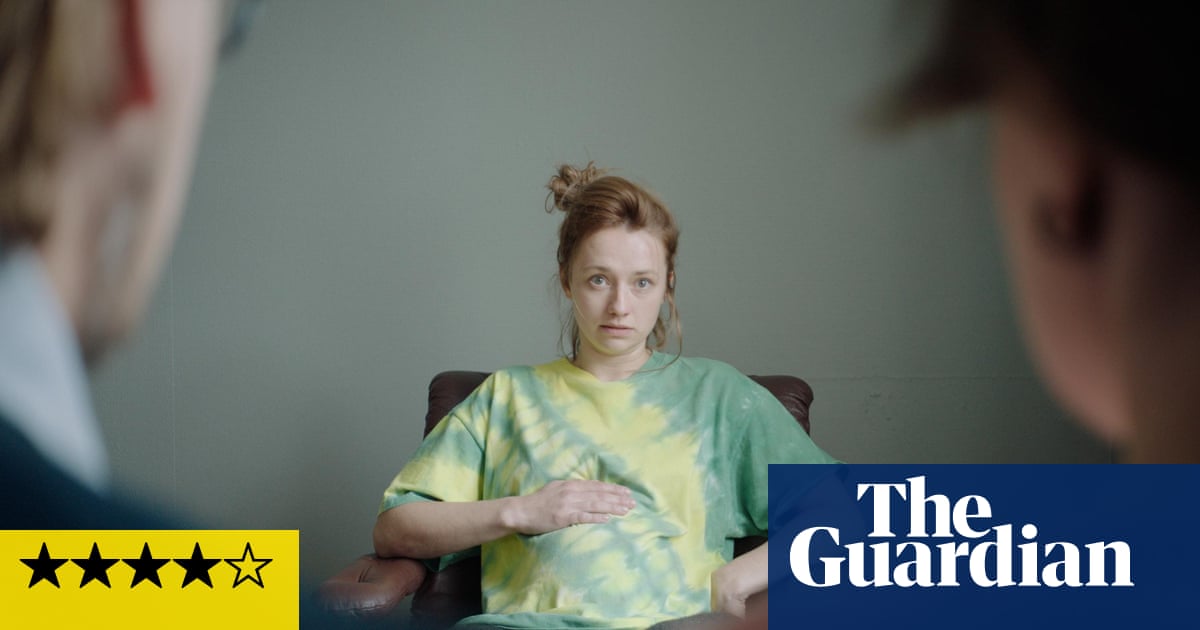 UNstronaut, beer-taster, comic artist – these are just some of the things Rakel aspires to be. Mother is not on the list, so it’s a shock when the 23-year-old graphic design dropout (Kristine Kujath Thorp) discovers she is six-and-a-half months pregnant. According to her doctor, not everyone gets the belly. Rakel doodles her unborn baby wearing a Zorro mask, nicknaming it Ninjababy after its stealthy arrival.

Directed by the Norwegian film-maker Yngvild Sve Flikke and based on Inga Sætre’s graphic novel Fallteknikk, this witty comedy is interspersed with Sætre’s rude, divertente, David Shrigley-esque animations. Any tweeness is tempered by the film’s raunchy sense of humour and frank attitude towards poo, piss and periods.

Ninjababy’s potential fathers include aikido instructor Mos (Nader Khademi), a sweet and attentive one-night stand who “smelled like butter”, and the less eligible “Dick Jesus” (Arthur Berning). Rakel and Mos discover their nerdiness is well matched and a romance begins to blossom, with Mos eventually offering a When Harry Met Sally-style list of things he’s learned about her. But the film is less a romcom than it is a coming-of-age movie about slacker Rakel finally being forced to grow up. What’s subversive is her ambivalence about motherhood, unchanged even after she gives birth.