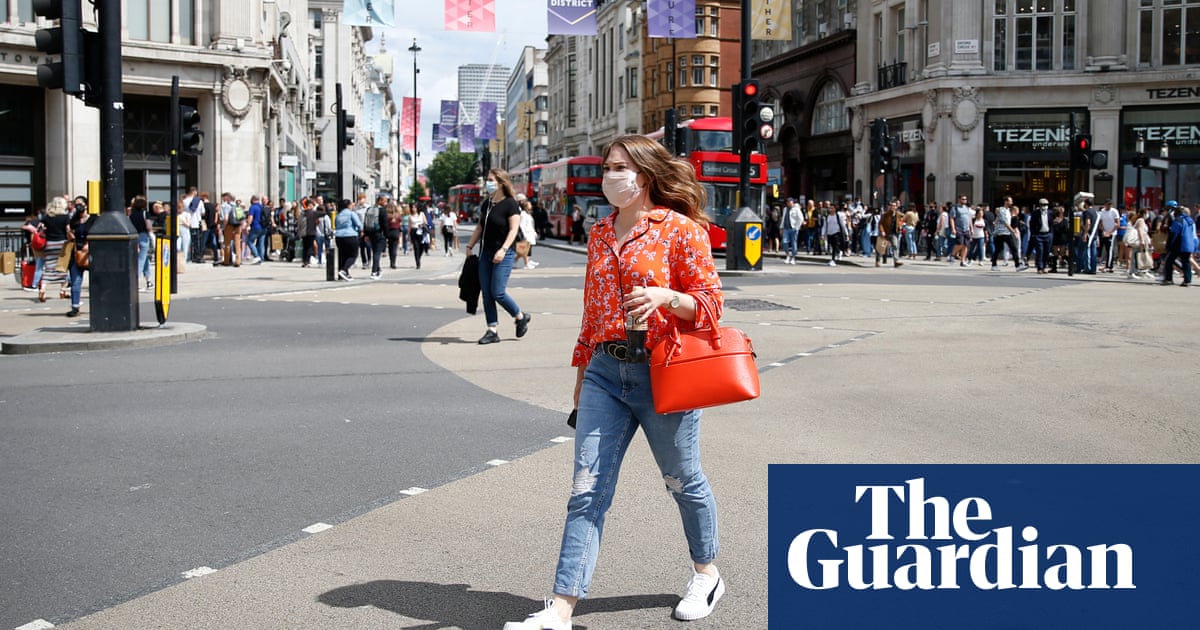 About nine in 10 people in the UK are still wearing face coverings at least some of the time despite them no longer being compulsory, official figures show.

Il Office for National Statistics (ONS) data suggests face coverings in some settings could be one of the Covid-enforced changes to daily life in the UK that remain after the pandemic has subsided.

The news came as England’s chief medical officer, Prof Chris Whitty, urged people not to delay getting a vaccine, saying there were some “very sick” young adults in hospital with the virus.

“The great majority of adults have been vaccinated. Four weeks working on a Covid ward makes stark the reality that the majority of our hospitalised Covid patients are unvaccinated and regret delaying," Egli ha detto. “Some are very sick including young adults. Please don’t delay your vaccine.”

On Friday, the government said the coronavirus reproduction number, or R value, in England had gone up and was between 0.9 e 1.2. La settimana scorsa, it was between 0.8 e 1. R represents the average number of people each Covid-19 positive person goes on to infect. When the figure is above 1, an outbreak can grow exponentially but when it is below 1, it means the epidemic is shrinking.

Continuing anxiety about the infection rates is likely to be one factor behind the importance people continue to place on face coverings and some elements of social distancing.

Su 19 luglio, most legal coronavirus restrictions were lifted in England, though the government is still encouraging people to wear face coverings in crowded and enclosed places. Questa settimana, tuttavia, many MPs were mask-free during a packed House of Commons debate on the crisis in Afghanistan.

In Scotland and Wales, most restrictions have been lifted but the requirement to wear face coverings on public transport and in most indoor public settings remains.

The likelihood of being open to getting a booster jab increases with age, the ONS data suggests, con 96% of those aged 70 and over indicating their interest, compared witth 78% di 16- to 29-year-olds.

The ONS analysed responses from 3,130 people in Britain surveyed between 11 e 15 August as part of its Opinions and Lifestyle Survey.