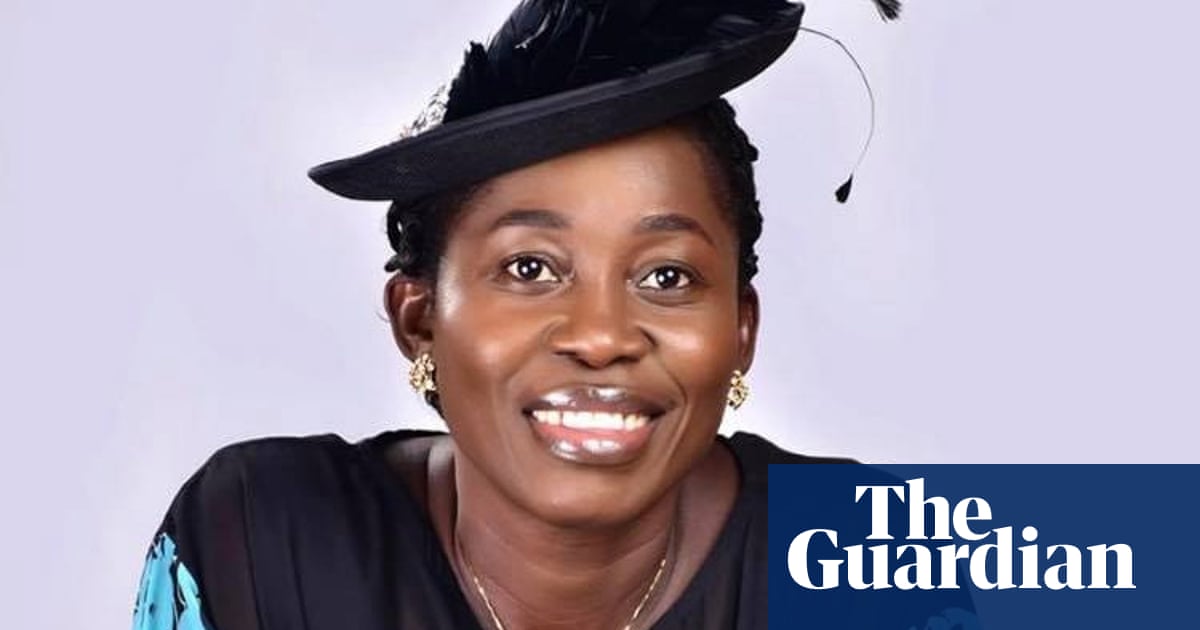 On most Sunday mornings, the searing voice of Osinachi Nwachukwu, one of Nigeria’s best-known gospel singers, filled the vast 100,000-seat auditorium of her church in Abuja.

Footage from one of the last times she led the choir at the Dunamis International Gospel Centre showed her singing the 2017 gospel hit Ekwueme, her eyes pressed closed and hand outstretched in prayer.

En 8 abril, the 42-year-old died at a hospital in Abuja, Nigeria’s capital. Her husband and manager, Peter Nwachukwu, a pastor, said she had been suffering from an undisclosed illness, but in the days that followed family members and friends alleged that she had died from injuries sustained from domestic abuse.

Her four children told Nigerian authorities that Nwachukwu had suffered constant violence at the hands of their father, who they said had sworn them to secrecy. People who knew the couple cast Peter Nwachukwu as a dominating figure, controlling her finances and decisions.

En 11 abril, police arrested Peter Nwachukwu and said they were waiting for autopsy results to help determine the cause of death. He has denied all allegations of abuse, telling police he was not responsible for his wife’s death.

The allegations around Nwachukwu’s death sent shockwaves through Nigeria’s Christian communities and wider society, raising questions about gender-violence and the extent to which religious teachings and societal values condemn divorce, no matter the circumstances.

In media interviews and social media posts, relatives and friends have said they pleaded with Nwachukwu to leave her husband, but she resisted, believing it to be a sin and insisting that he would change. “She felt that God is against divorce,” her sister Favour Made, told local media last month. “We told her that separation is not a sin but just for her to stay alive.”

According to her family, Nwachukwu was receiving medical treatment for several weeks before her death. They allege that on one occasion doctors found clusters of blood around her chest that were a result of being struck.

People who knew Nwachukwu in Nigeria’s gospel music scene described her as tender and unassuming – a rare trait in the industry. Sunny Pee, a producer who had worked with Nwachukwu since 2017, said she was a “beautiful soul”. On learning of her death he said: “I had to go to my room. Shut my door. My wife was there. And I cried, I wept like a baby.”

People who knew the church’s leadership said senior figures had been warned not to talk to the media, amid increased attention on the church’s teaching on divorce and what, si algo, figures from the church knew about the alleged abuse.

In a Twitter post from three years ago, Paul Enenche, the church’s founder, spoke out against domestic abuse, writing: “It is better to be alive without a marriage than to be killed before your time because you are married.”

Another post from the same year reflected the church’s teachings on marriage. “Submission is not slavery but service,” Enenche wrote. “Stop talking back at your husband; bastante, talk for your husband.” A post from his wife, Becky Paul-Enenche, also from 2019, dicho: “Never make divorce an option at all. The stress you put your children through may affect them for the rest of their lives.”

In a broadcast last month, Enenche denied he was aware of any alleged abuse suffered by Nwachukwu until after her death.

On the first Sunday in May, hordes of worshippers streamed into the Dunamis International Gospel Centre. “I’m ashamed, it feels like they are trying to sweep this [Nwachukwu’s death] under the carpet, said a worshipper called Honest, who has been attending Dunamis for three years.

Ikaraoha Chinwe, another member of Dunamis, said she would miss hearing Nwachukwu’s voice in church. “Whatever she was going through, you wouldn’t perceive it on her face," ella dijo. “When she sang it was like the holy spirit came down.” 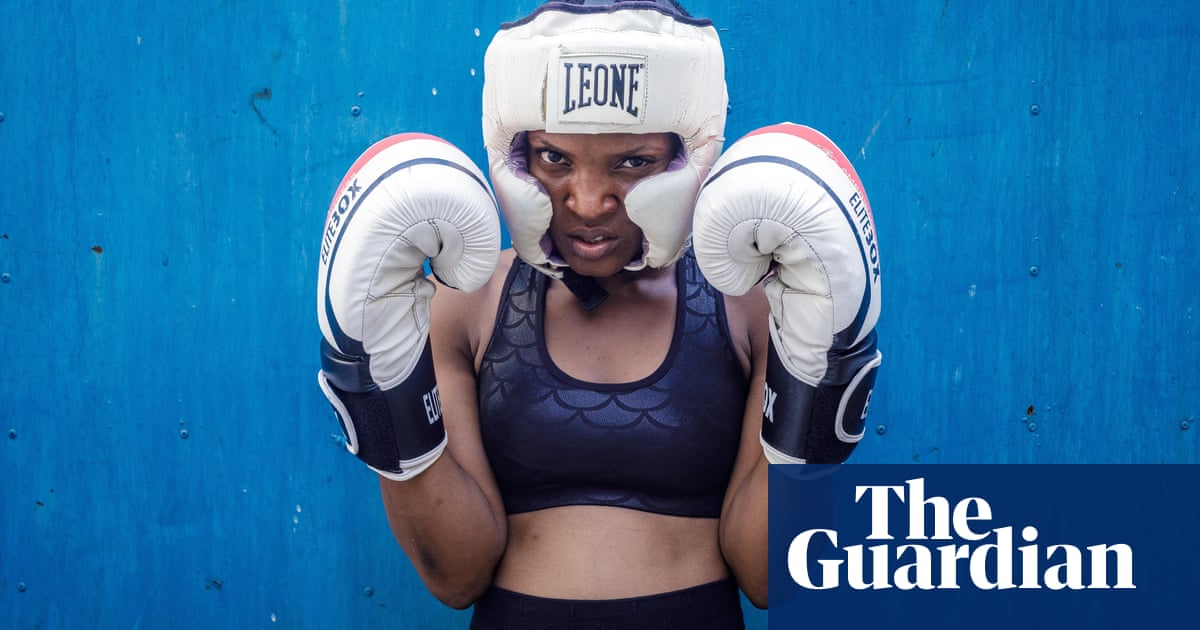 ‘I’m a warrior now’: how boxing is transforming the lives of young Nigerian women

When Esther Oni joined a boxing gym just over a year ago, she had no idea it would change her life. Being abused as a child had shattered her self-esteem and left her feeling isolated and anxious. Hoy dia, she has her s... 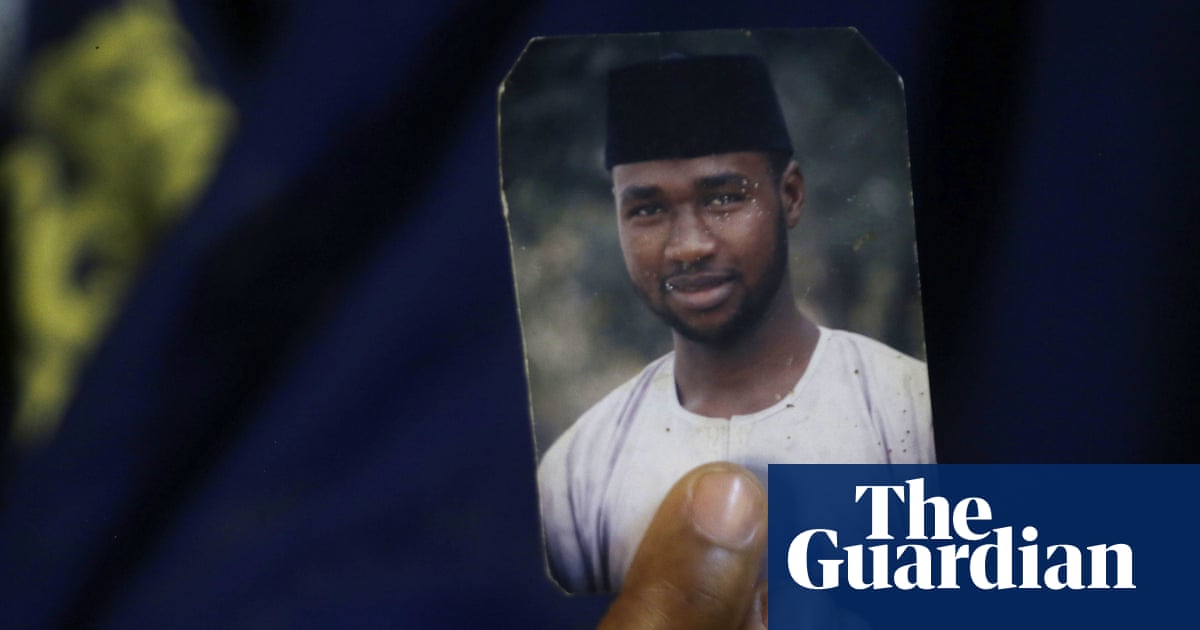 Nigerian humanist jailed for 24 years after pleading guilty to blasphemy

A prominent Nigerian humanist has been sentenced to 24 years in prison after pleading guilty to blasphemy charges, in a landmark case that has put a new focus on the threats to freedom of expression in the west Africa... 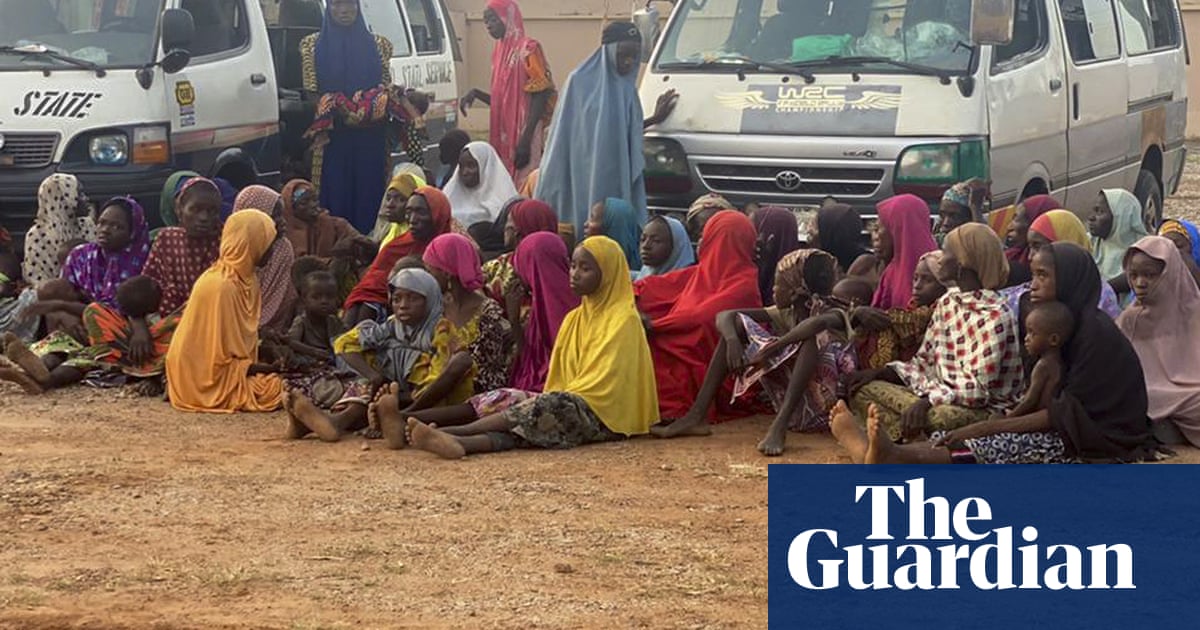 Por poco 100 hostages, most of them women and children, have been rescued more than two months after they were abducted by armed groups in northwest Nigeria. Entre el 97 freed hostages were 19 babies and more than a do... 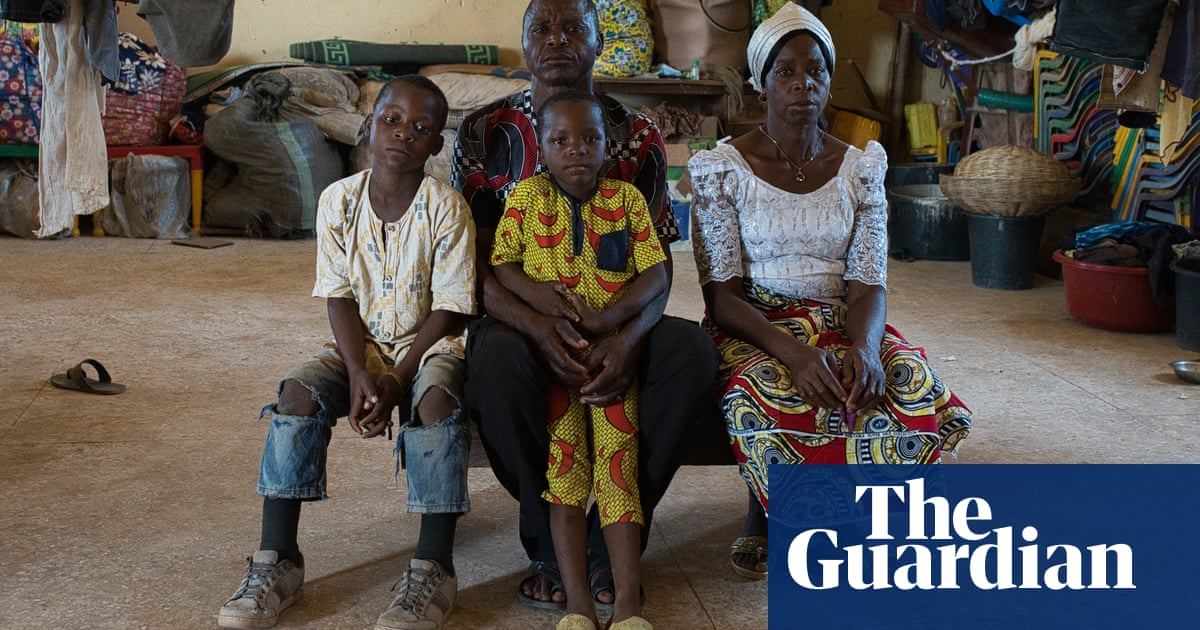 ‘If you run, you will die’: fear stalks Nigerian state as jihadists gain foothold

“They ordered everyone to come around, saying if you run, if you cry, you will die,” said Bala Pada, recalling the moment in April when jihadists rounded up people at a market in his home town of Kaure to witness the ... 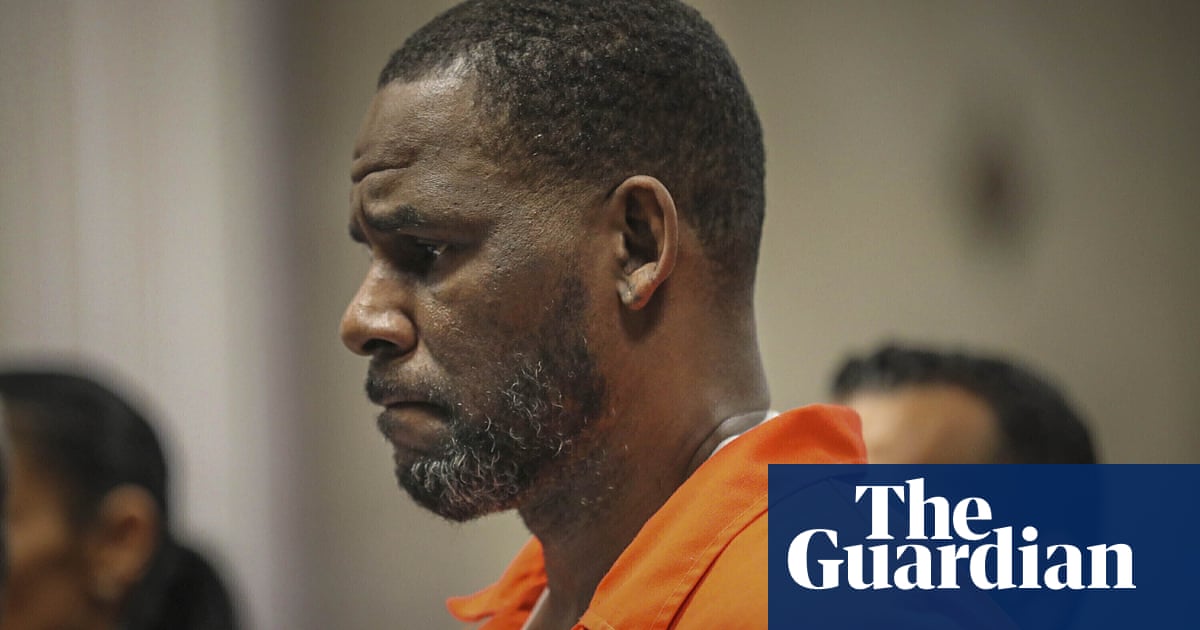 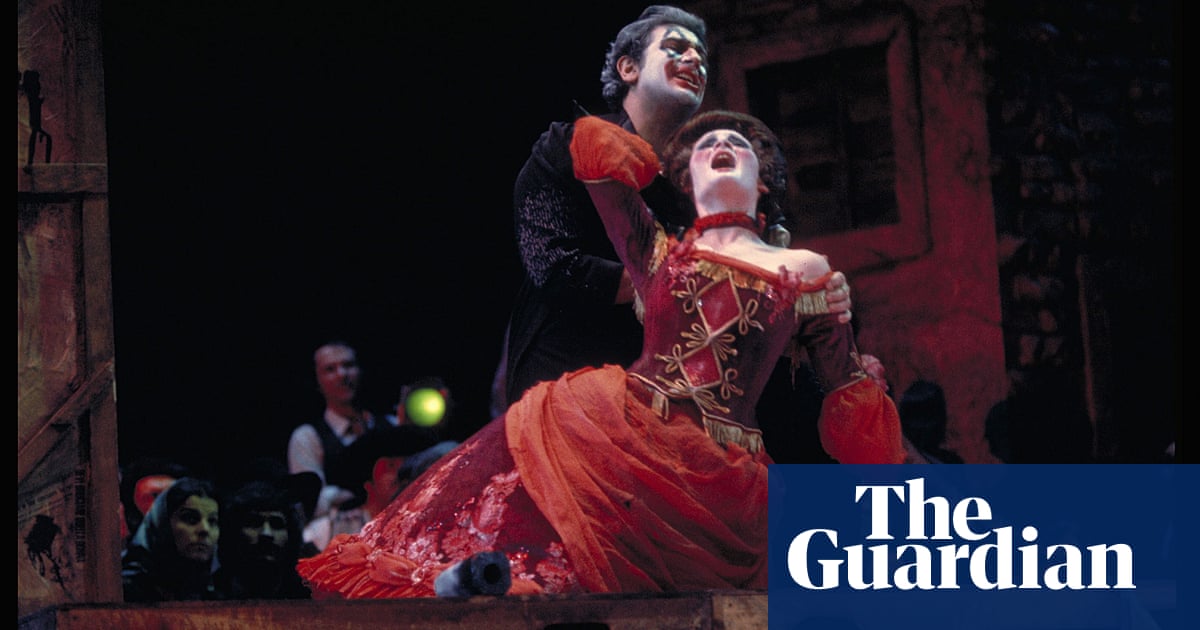 Why don’t opera singers deafen each other? They’re singing loud enough to be heard in the back row, yet they are right in each other’s ears. Brian Dermody, Blessington, Co Wicklow Send new questions to nq@theguardian.... 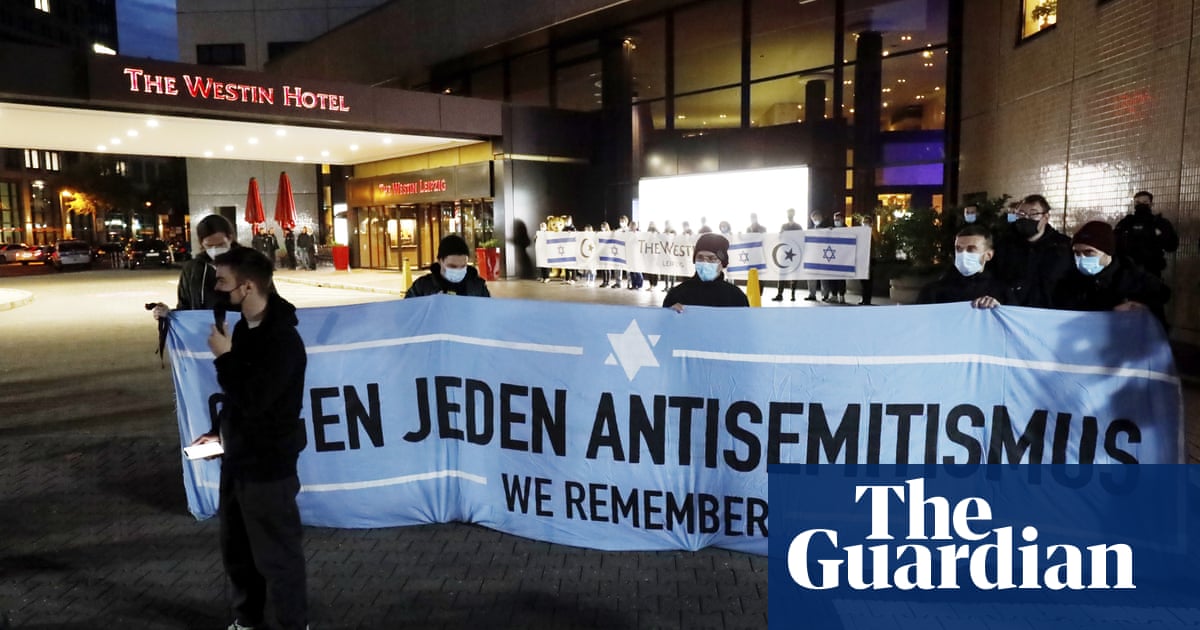 CCTV footage published in the German media appears not to show the Star of David pendant that a Jewish German singer alleged a Leipzig hotel had told him to “put away” before he would be allowed to check in. In an emo... 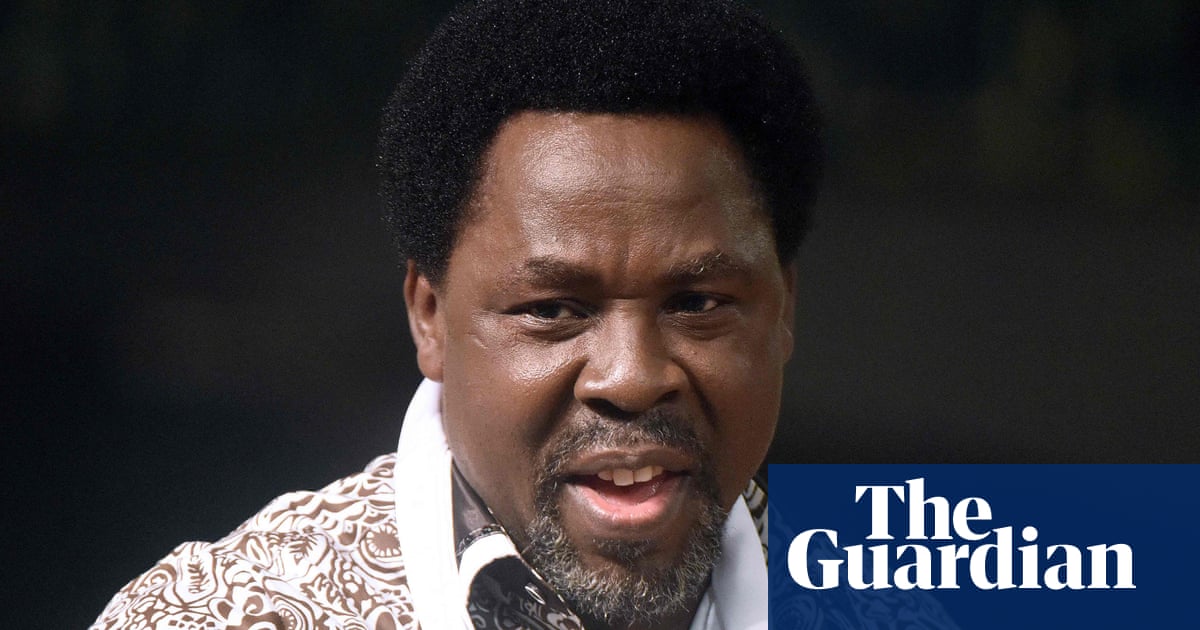 From Lagos to Winchester: how a divisive Nigerian pastor built a global following

On the second day of TB Joshua’s funeral in Lagos, his disciples took to the stage. A microphone was passed around as more than 60 disciples introduced themselves by name and nationality. They came from 18 different c...